December is a great time to enjoy seasonal flavors like peppermint, gingerbread and … McRib?

The McRib is returning to McDonald’s restaurants across the country for the first time in nearly a decade, the restaurant confirmed on Friday. The fan-favorite barbecue pork sandwich will be available for a limited time starting Dec. 2.

McDonald’s has brought the sandwich back to select locations before – and even launched a McRib Locator website to help gourmands track them down – but this is the first nationwide release at the company's 14,000 U.S. locations since 2012.

Linda VanGosen, McDonald’s vice president of menu innovation, said in a press release that the McRib “has been a beloved menu item at McDonald’s since its inception nearly 40 years ago.”

“To our customers, it’s become more than a delicious, saucy moment,” VanGosen said. “It’s a season, and it’s taking the Internet by storm.”

The sandwich features seasoned boneless pork with a “smoky, tangy” barbecue sauce, plus sliced pickles and slivered onions on a seeded bun.

McDonald’s originally debuted the sandwich in 1981, and its periodic re-releases have regularly generated buzz from fans.

“There’s nothing quite like the taste of the McRib,” VanGosen said. 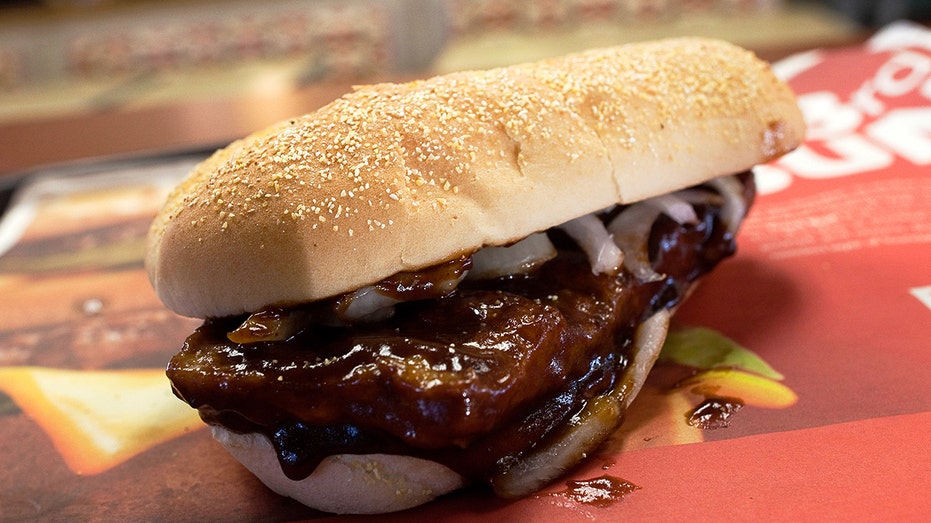 The McRib was first introduced in 1981. (David Paul Morris/Getty Images)

So why not keep the McRib around all the time? The restaurant business just isn’t that simple.

As the Lincoln Journal Star reported in 2010, the limited availability of the item is likely related to the supply of pork trimmings used for the sandwiches. When McDonald’s buys up a lot of the trimmings, and demand peaks, the prices for the material rise. Instead of continuing to produce the patties for the sandwich, McDonald's takes it off the menu, and trimmings go back for use in products like Vienna sausage, according to meat scientist Roger Mandigo, who worked on the technology that would allow for the binding of such meat back when McDonald's developed the sandwich.

But, while Americans have to wait for McDonald’s to release the McRib periodically, German diners get to indulge whenever they want, as the McRib is offered year-round at McDonald’s restaurants in the country.