A home hack queen has revealed her fuss-free tip for easily peeling pumpkin without the mess.

Chantel Mila, who goes by Mama Mila online, revealed how the skin effortlessly peels off a pumpkin after it’s been roasted in the oven in a video posted to her popular TikTok page.

‘Making soup has never been easier,’ the Melbourne mum-of-two captioned the now-viral clip. 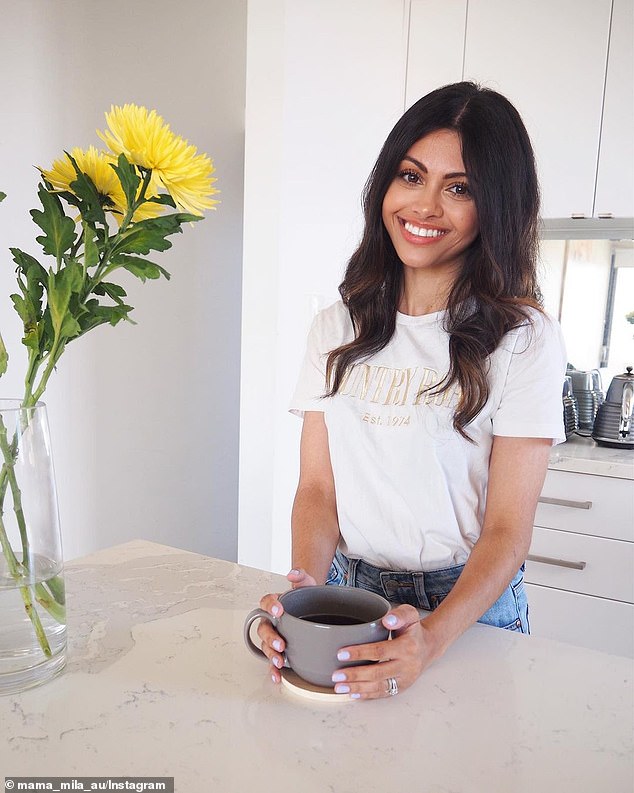 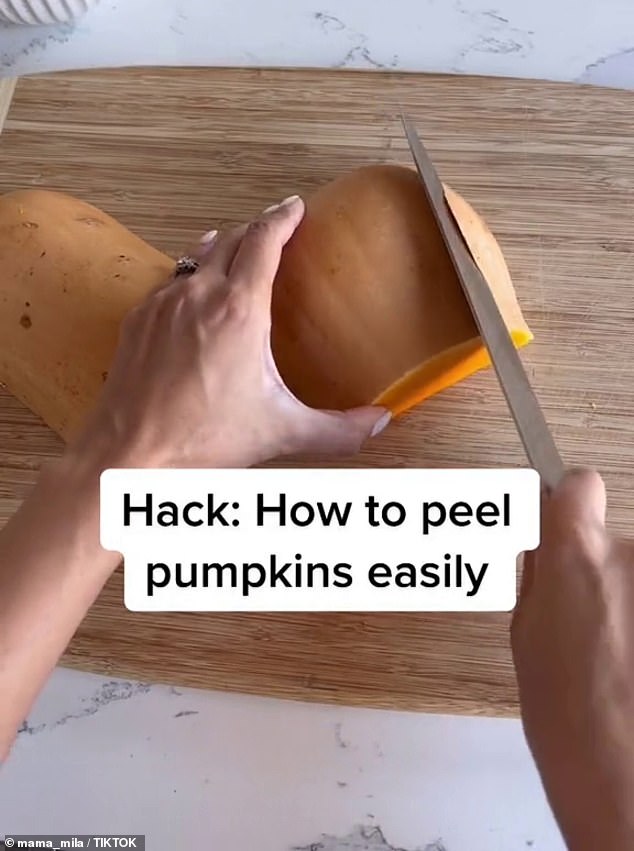 ‘Making soup has never been easier,’ the Melbourne mum-of-two captioned the now-viral clip posted to TikTok

Instead of fighting with the peeler and tough skin, she simply places a halved butternut pumpkin in the oven to roast at about 180-200 degrees Celsius.

After 20 minutes, she takes it out of the oven and removes the skin with her fingers.

Chantel explains cooking the vegetable softens the peel so you can simply peel it off.

The clip has racked up thousands of views since it was posted just last night and impressed many of the meal prepping guru’s fans. 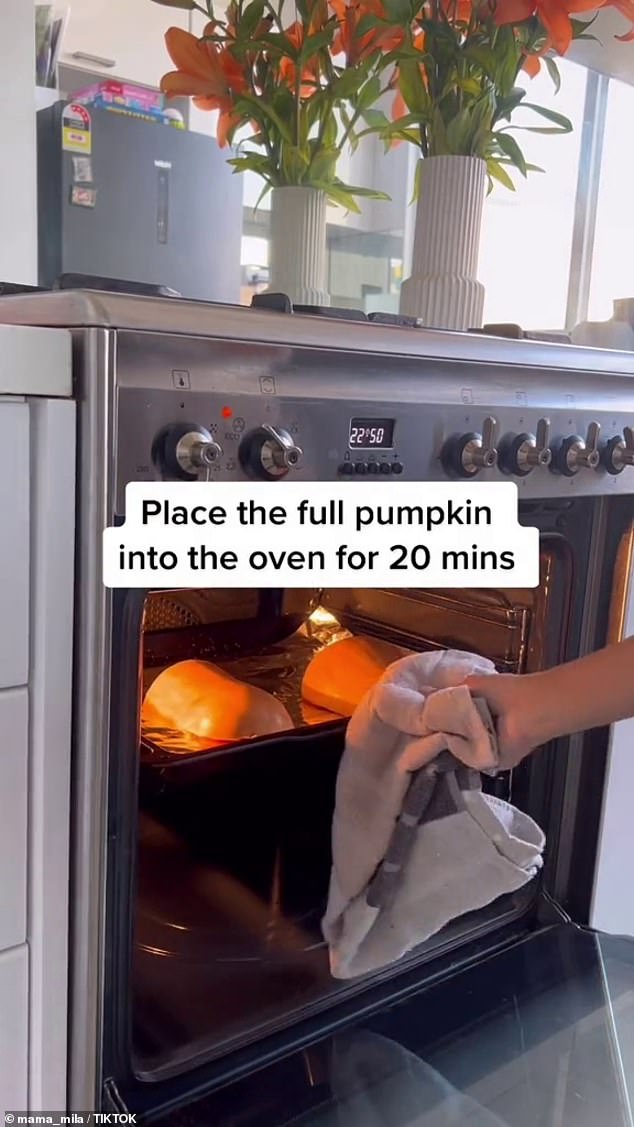 Instead of fighting with the peeler and tough skin, she simply places a halved butternut pumpkin in the oven to roast at about 180-200 degrees Celsius 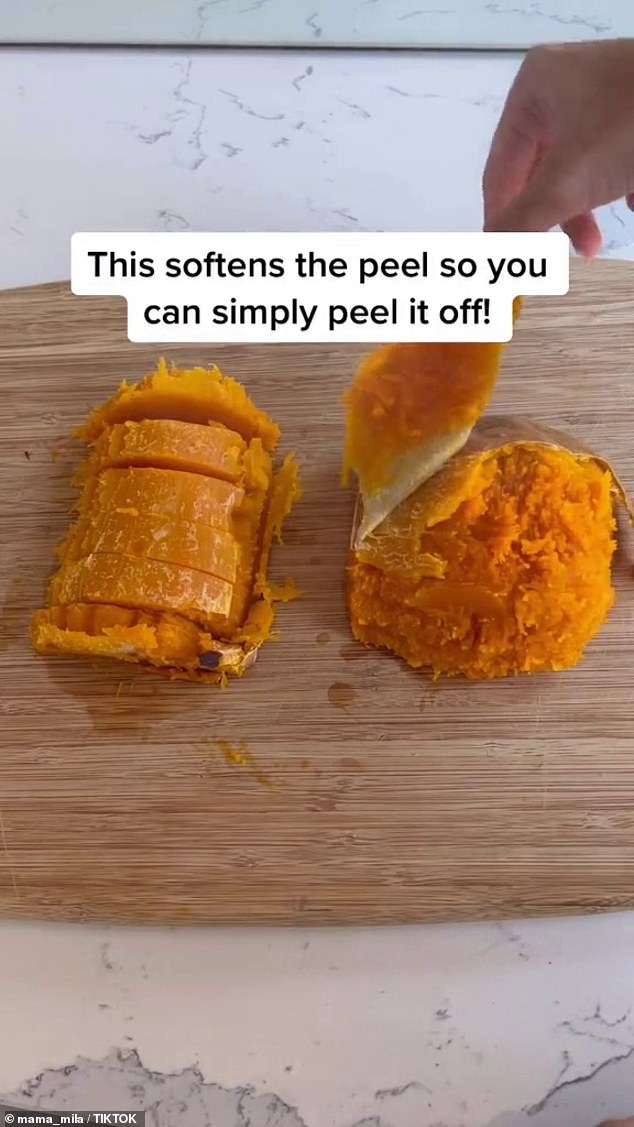 After 20 minutes, Chantel said the pumpkin’s skin is soft enough she can effortlessly peel it off with her fingers

One suggested putting the pumpkin in whole rather than cutting it which she said takes longer but is ‘less dangerous’.

Chantel has gained a loyal following online for sharing her easy and useful home, cleaning an organisation hacks and previously wowed viewers with her trick to keep pillows clean and fluffy.

She uses liquid detergent when washing her bedroom pillows and puts them in a dryer with a rolled up towel to keep them ‘as soft as a cloud’.

Chantel starts by stripping the pillows of their slips and places them in the washing machine two at a time. 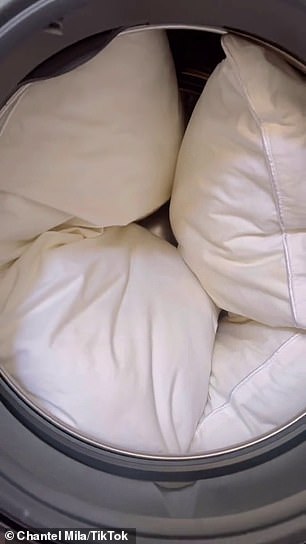 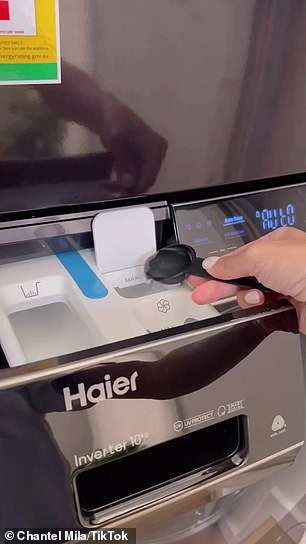 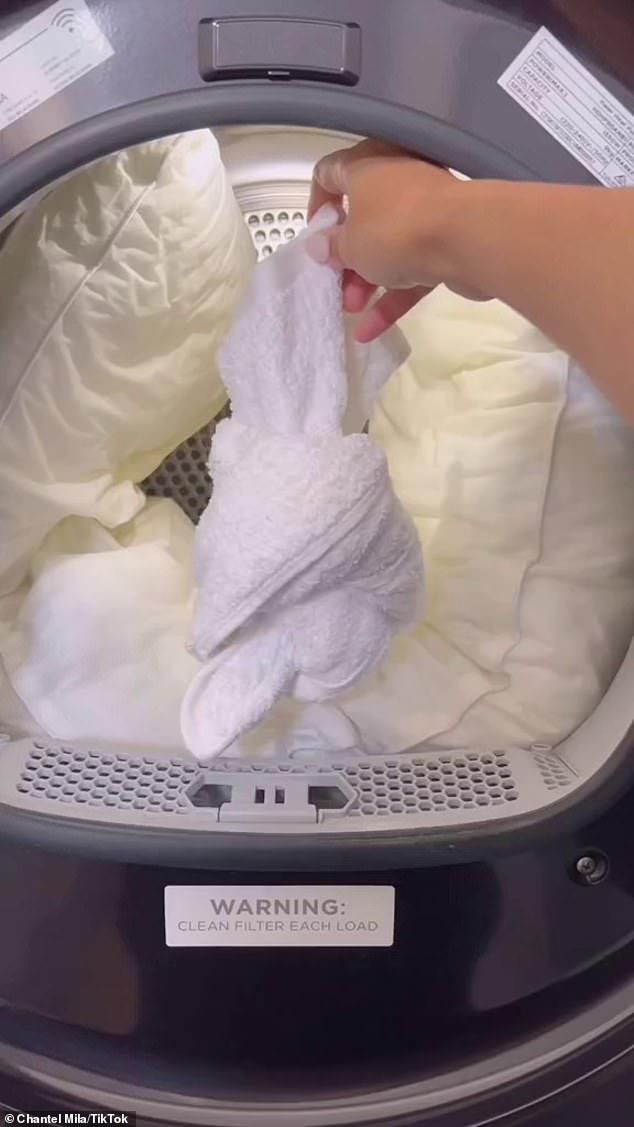 Once the pillows are sparkling clean, Chantel put them in the dryer with a rolled up or knotted towel

She then puts them machine on an eco cycle to save reduced water usage with two tablespoons of liquid laundry detergent.

Once the pillows are sparkling clean, Chantel puts them in the dryer with a rolled up or knotted towel.

According to WikiHow, placing a knotted towel or balls in the dryer will bounce around with the pillows to prevent the filling from clumping.

Chantel’s clip has racked up more than 32,100 views on TikTok since it was posted.