Sharna Burgess is having a baby boy with Brian Austin Green

Megan Fox dresses up as ‘Dracula’s maid’ in sheer corset

Megan Fox laughed off being mistaken for Machine Gun Kelly’s wife at the NBA All-Star Game over the weekend.

The pair were sitting courtside in Cleveland on Sunday when an announcer said, “Please welcome Machine Gun Kelly and his wife, actress Megan Fox.”

The “Transformers” star, 35, turned to her rocker fiancé, 31, and giggled, before whispering something in his ear.

Fox stunned in an orange snakeskin-print pantsuit along with a black bralette which showed off her cleavage.

She completed the look with bright orange pumps and a matching purse, along with a new neon green manicure.

MGK, an Ohio native, introduced one of the teams while rocking a bejeweled gray sweater and trousers. 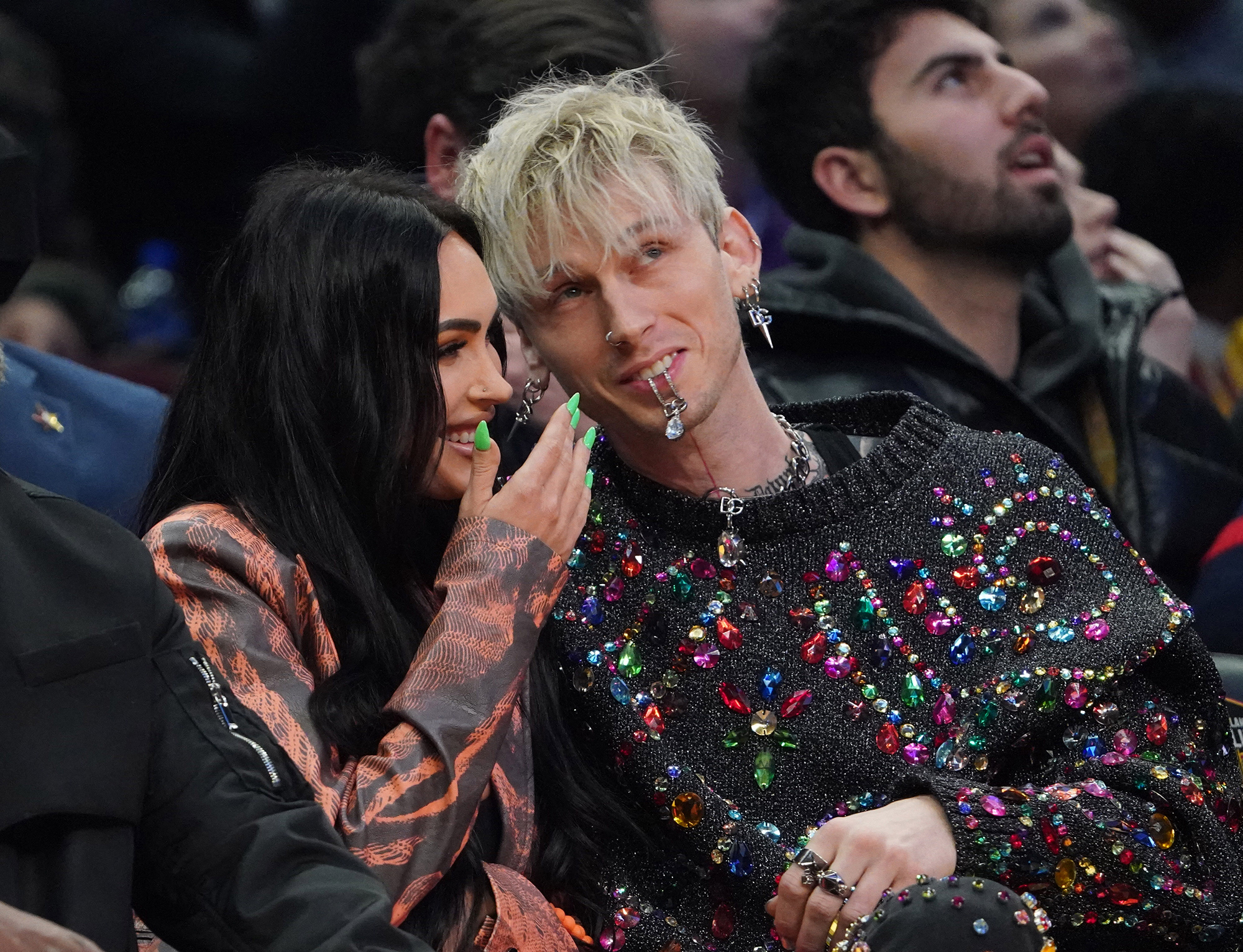 The outing came less than two months after the “Bloody Valentine” rocker proposed to Fox at the Ritz-Carlton in Puerto Rico.

“In July of 2020 we sat under this banyan tree,” Fox wrote in a lengthy caption announcing the engagement. “We asked for magic. We were oblivious to the pain we would face together in such a short, frenetic period of time.” 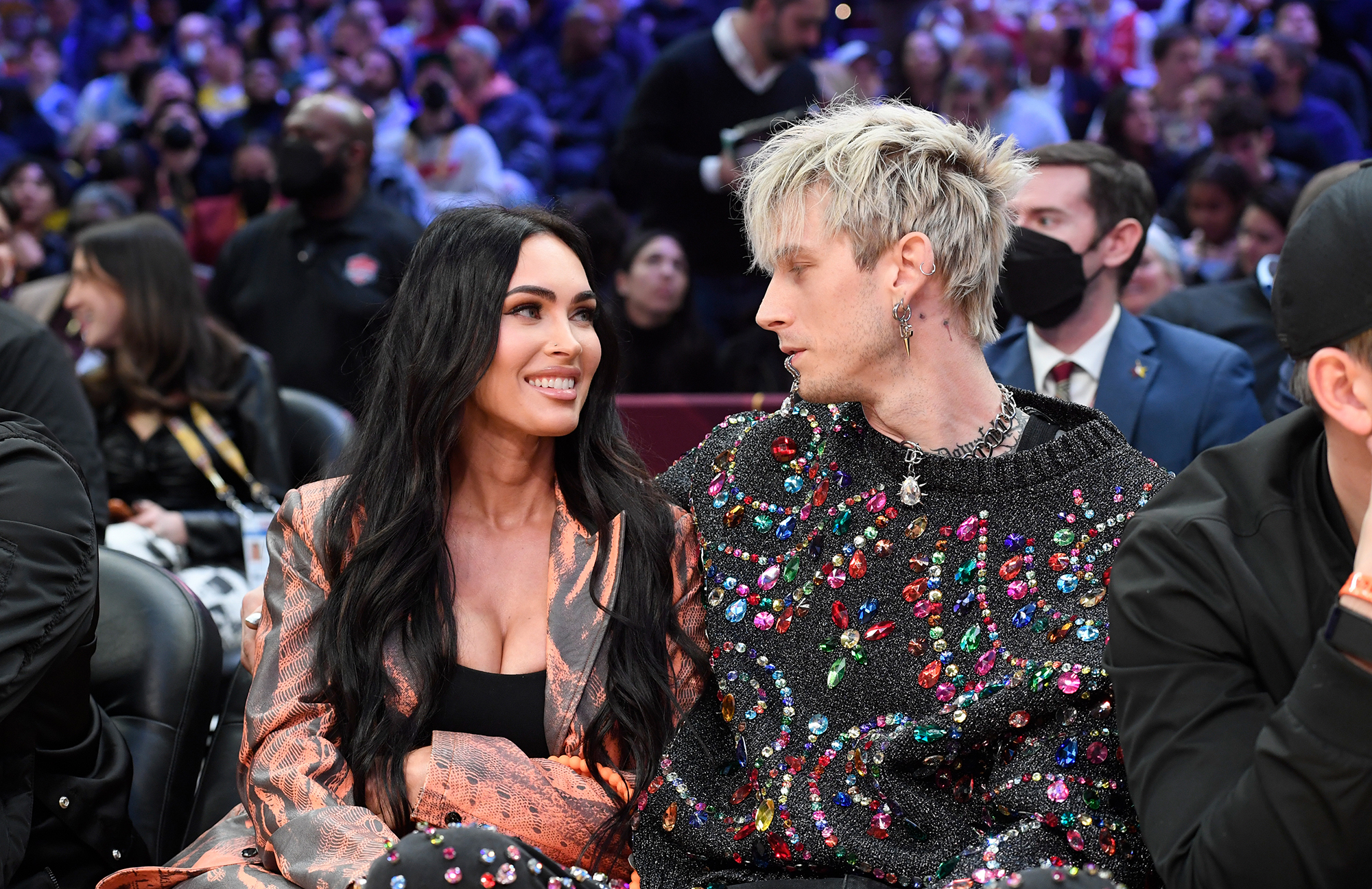 She continued, “Somehow a year and a half later, having walked through hell together, and having laughed more than I ever imagined possible, he asked me to marry him. And just as in every lifetime before this one, and as in every lifetime that will follow it, I said yes … and then we drank each other’s blood.”

She was previously marred to “Beverly Hills, 90210” actor Brian Austin Green, who is now expecting a child with Sharna Burgess. 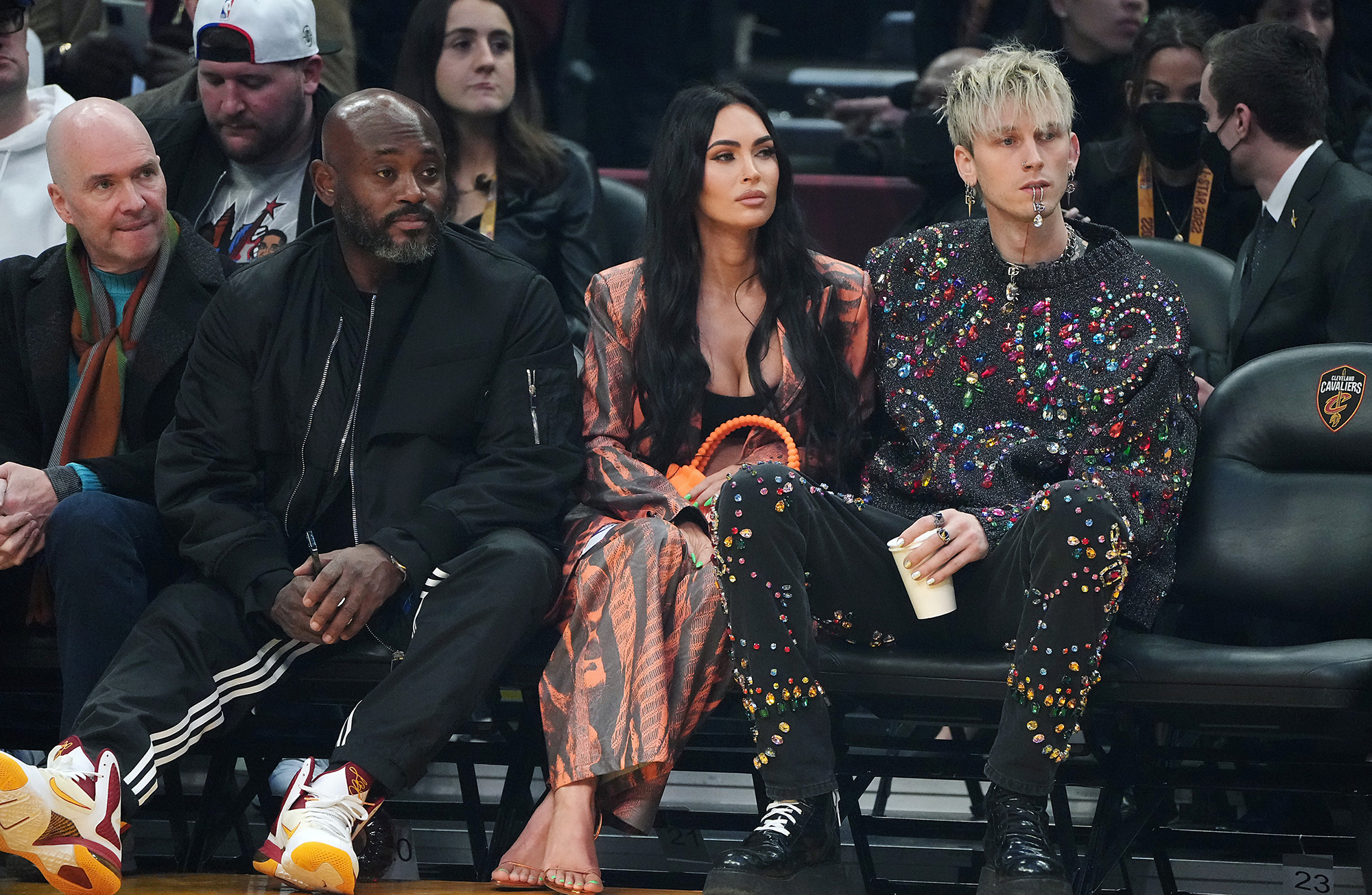 A source close to Fox told E! News that she “wasn’t surprised” by the news, adding, “Brian is a devoted dad and will be great with a new baby.”

“She’s happy for her kids that they will be getting a new sibling,” the insider continued. “And knows they are excited about it. She wishes Brian the best and thinks it’s a great thing.”

The pair announced Burgess’ pregnancy earlier this month with a photo shoot on the beach. They were first linked after being photographed spending the holidays together in December 2020.