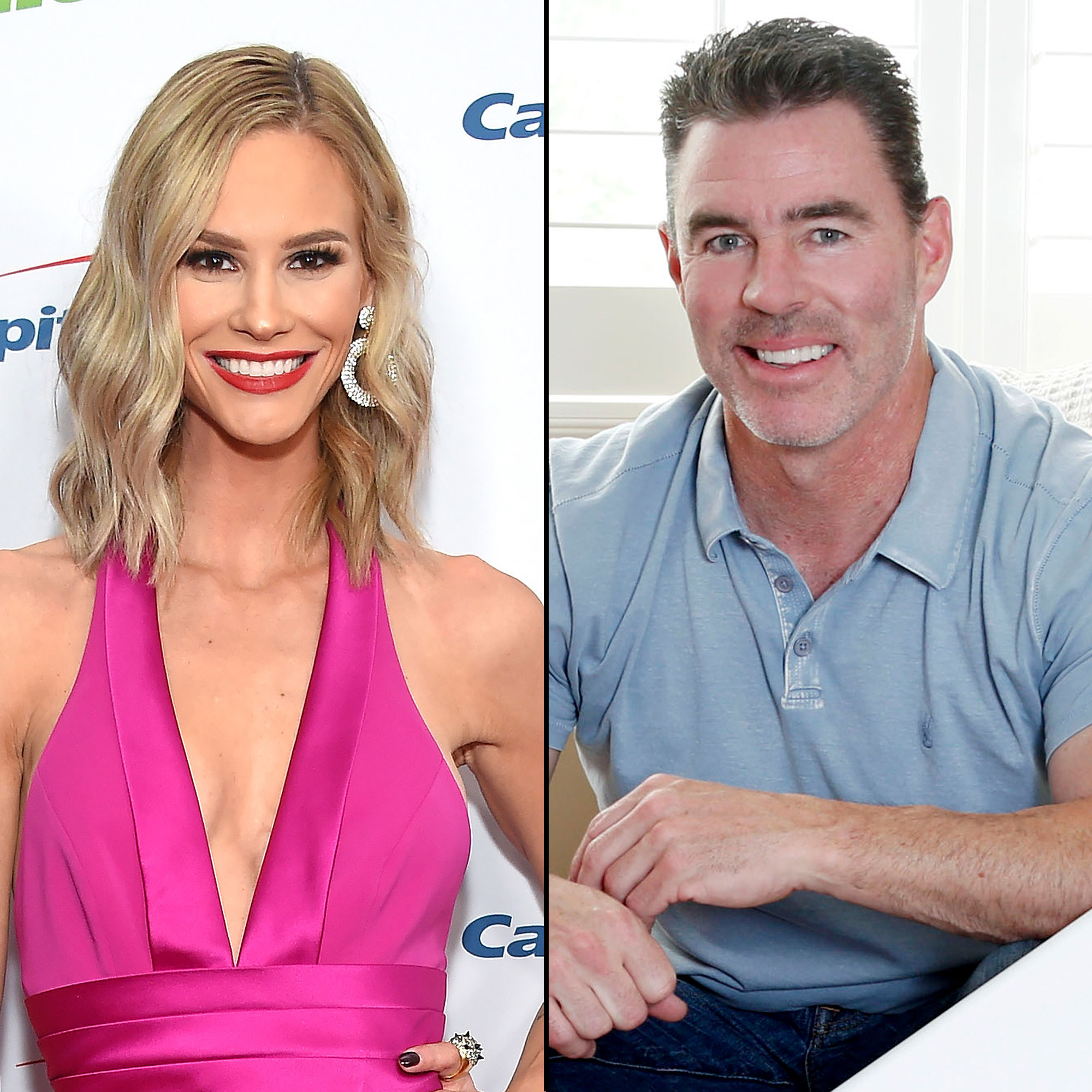 A walk down memory lane. Meghan King did not hold back as she watched her relationship with then-husband Jim Edmonds play out in past episodes of The Real Housewives of Orange County.

Meghan King and Jim Edmonds’ Ups and Downs Over the Years

In a clip posted by Page Six on Tuesday, January 25, King, 37, reacted to her “embarrassing” marriage for her new YouTube channel. During a season 10 scene, King referred to Edmonds, 51, as “rude” when he ignored her trying to talk to him.

“I was in denial,” the former reality star explained as she watched herself tell the cameras in a confessional that Edmonds “completely respects” her. King later reacted to previously using his last name, saying, “Thank God it’s not [Edmonds] anymore.”

King and Edmonds, who originally appeared on RHOC in season 10 and season 11, split in October 2019 after five years of marriage. The breakup came after the former St. Louis Cardinals star was accused of being unfaithful.

Edmonds denied the reports of an alleged affair, telling Us Weekly in June 2019, “Regrettably, I had a lapse in judgment. I engaged in an inappropriate conversation with this person. At no time was there any type of relationship or physical contact. Absolutely none.”

He added: “Clearly, I made a very poor decision to expose myself and my family to this type of person. For this, I am truly sorry and sought forgiveness from my wife.”

King, for her part, noted that she put the “blame” on Edmonds, sharing with Us, “He made the choice to betray my trust and jeopardize our marriage. His recklessness also allowed this woman to profit from my heartbreak.”

In May 2021, Us exclusively confirmed that the duo’s divorce had been finalized.

Former ‘RHOC’ Stars: Where Are They Now?

“I think it’s, like, an energetic closure, which is important, but I mean, I’ve been learning how to be independent ever since we separated, ever since the divorce was filed, and so that’s almost, I guess, a year and a half now,” the Missouri native told Us at the time. “So it just — it feels good. It feels good to put that behind me and just look to the future. I want to spend my life with a partner. I’m a loyal, monogamous individual. I’ve been having a lot of fun dating, but I’m really hoping to settle down and find that partner.”

King also reflected on her coparenting relationship with Edmonds after he started dating Kortnie O’Connor. The Bravo personality previously claimed that O’Connor, 37, was the other person that she and Edmonds experimented with in the bedroom during their marriage. 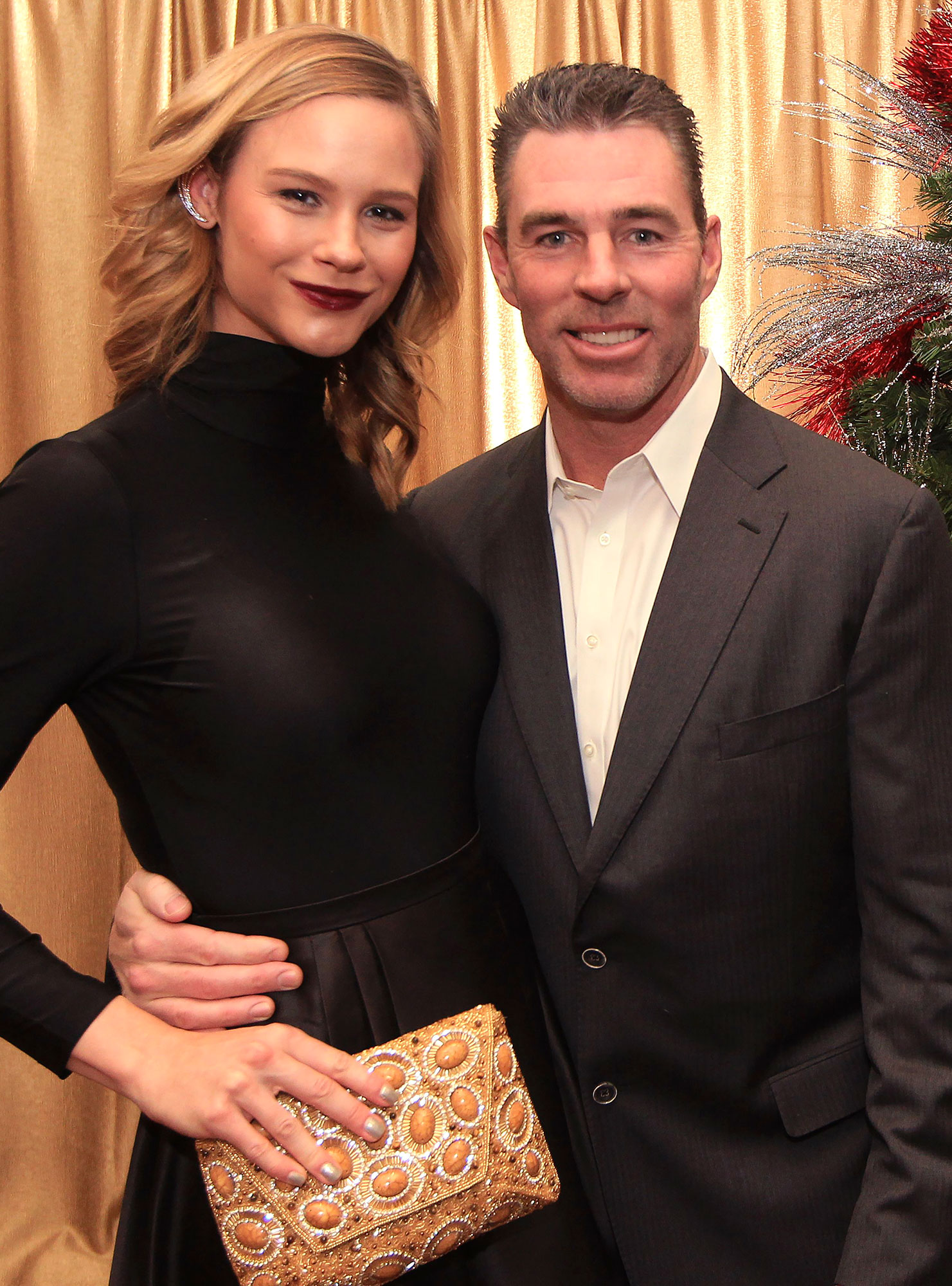 “I’ve always been the school of thought that the more people to love children the better. And I don’t think that there’s a limited capacity for children to be able to be loved,” King, who shares daughter Aspen, 5, and twin sons Hayes and Hart, 3, with the former baseball player, added. “It’s not like they could only be loved by mommy and daddy. I don’t think that takes away my love for them if they’re going to love somebody else. So I think it’s great.”

Since then, Us confirmed that Edmonds and O’Connor are engaged. King, for her part, got married to Cuffe Owens in October 2021 after three weeks of dating. The “Intimate Knowledge” podcast host later confirmed that she and Owens, 42, pulled the plug on their whirlwind romance.

“I am rattled. This situation is profoundly devastating,” she wrote via Instagram two months after the wedding. “This is obviously not what I imagined when I made my vows — and I’m shocked and saddened by the way things turned out. I am moving forward with my children as we privately process our pain and begin to let go of shattered dreams.”

Earlier this month, King started to offer her followers a glimpse at how she was dealing with the major life change. During a ski trip to Park City, Utah, the mother of three reflected on reaching a milestone as she adjusts to single life.

“I love skiing and I wanted to go. But I have my kids so often and none of my friends could meet me here. So what did I do? I took advantage of my kid-free days and booked a trip to Park City, [Utah],” she wrote via Instagram on Thursday, January 20. “Today I skied by myself all day.”

She continued: “This afternoon another single mama friend of mine from college @harbenhouse joined me so it’s not a full blown solo trip, but today it was. And small steps count, because each foot in front of the other allows us to travel miles we never knew could. So here’s to me. Here’s to FREAKING ME. I’m doing it! IM DOING IT!”

An insider revealed to Us that King crossed paths with her ex Christian Schauf after she previously “reached out” to him for trip ideas.

“The whole interaction lasted about a minute. That was it,” the source explained about the twosome, who dated briefly in 2020. “[Christian] was with a few of his friends Friday night when he ran into her. He thought it would just be nice of him to say, ‘Hello.’”

The first episode of King’s RHOC rewatch drops on her YouTube channel on Friday, January 28.