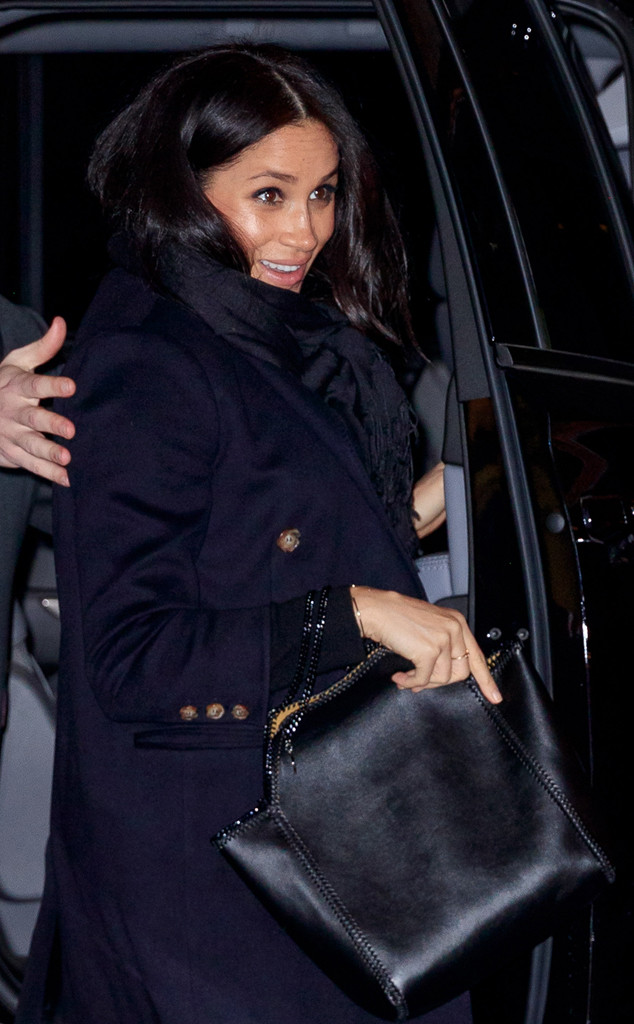 Meghan Markle is still taking on the Big Apple!

The Duchess of Sussex is enjoying her time in New York City hours after her baby shower.

E! News confirmed that she secretly flew from London to the big city to celebrate her baby shower. She reportedly arrived on Friday, and has spent these last few days catching up with friends and exploring the city.

And it seems like her Tuesday festivities aren’t over, because she got dinner with some of her closest pals.

The former Suits actress was spotted arriving at the Polo Bar restaurant with Serena Williams, Jessica Mulroney and Markus Anderson.

(He’s the one who reportedly introduced Meghan to Prince Harry.)

The 37-year-old royal was all smiles as she stepped out of her car, wearing a chic black Victoria Beckham Tailored Slim Coat ($3, 085), Hatch Collection Skinny Maternity Jeans ($248) and Kindred Mid-Calf velvet boots ($695).

She accessorized with a black Stella McCartney tote ($1,125), a black wrap-around scarf and dainty jewelry pieces. 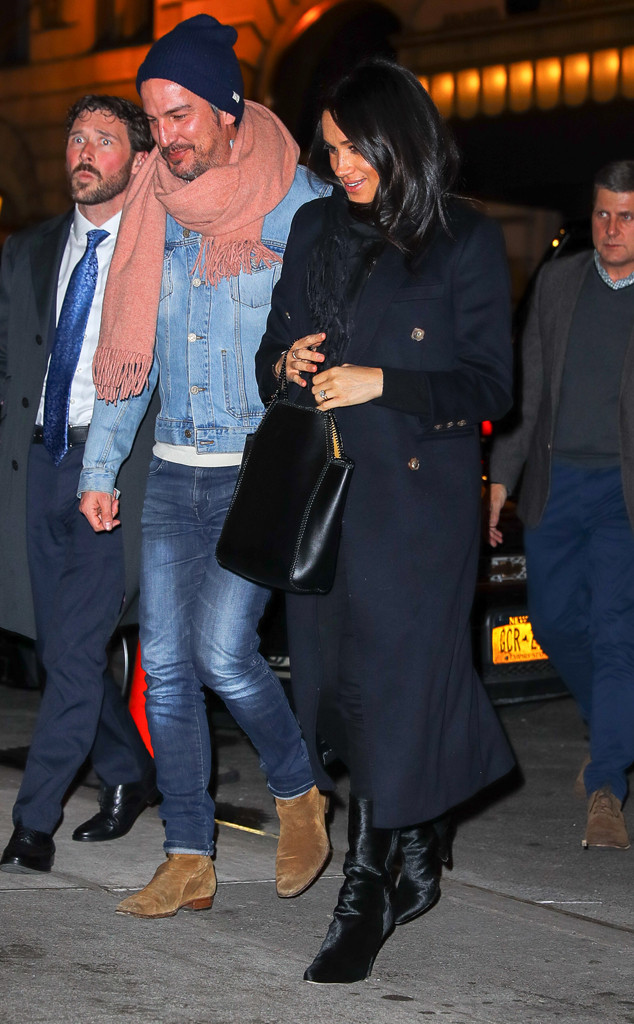 As mentioned, the Duchess of Sussex attended her baby shower earlier today.

“The flowers were spring colors in pretty pastel shades,” a source told E! News of the event’s decorations. “There were pink roses and cherry blossom vines. There were tons of flowers delivered before the shower started in an unmarked van. There was also a large flat cardboard box that appeared to be a convertible crib.”

The insider shares Markle’s former Suits co-star, Abigail Spencer, was “one of the first guests to arrive.” Adding, “She carried a present wrapped from Book Culture in blue and green.”

“She wore a gray coat over black pants and her hair down,” the insider shared. “She held her baby bump and smiled as she walked in to the hotel.”

The former Suits actress is due to give birth sometime in the spring. This is her and Prince Harry’s first child together.