Troian Bellisario gave birth to baby girl in her car

Talk about a blow to the ego.

Patrick J. Adams revealed the Duchess of Sussex — and former “Suits” co-star – Meghan Markle once ripped into him when she saw him in the buff during one of his Broadway play performances.

“She certainly was at the play where I was naked and she had a good time making fun of me after,” the actor, 40, told Entertainment Tonight Wednesday, before joking, “So, maybe she’d like a repeat performance.”

When asked if he’d invite Markle to see him in another show of Richard Greenberg’s 2003 Tony-winning play “Take Me Out,” Adams said, “I’ll send her an invite for sure.”

The co-stars played love interests on “Suits” for nine seasons.

Adams starred as Mike Ross, a college dropout-turned-unlicensed lawyer, and Markle played a paralegal at the office where Ross worked.

Although the series wrapped in 2019 after Markle wed Prince Harry, Adams and the new member of the British royal family maintained a strong friendship.

Adams attended the Duke and Duchess of Sussex’s royal wedding in May 2018 alongside his wife Troian Bellisario at Windsor Castle in the U.K. 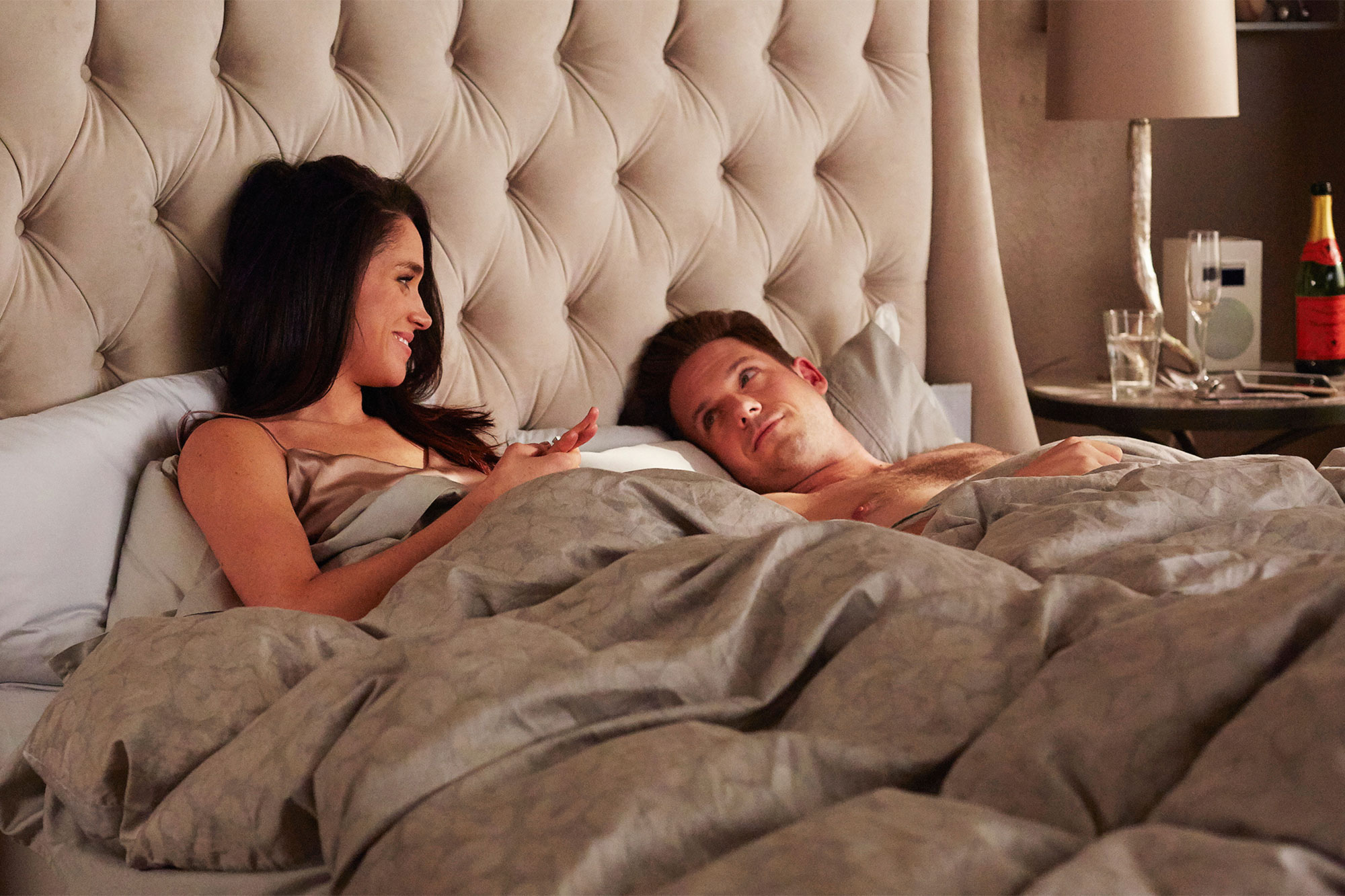 In March 2021, he also voiced support for his former co-star amid claims she bullied her royal aides.

He tweeted at the time, “She has always been a powerful woman with a deep sense of morality and a fierce work ethic and has never been afraid to speak up, be heard and defend herself and those she holds dear.”

Adams then blasted the royal family, which he described as at best “complicated and at worst, seemingly archaic and toxic” and defended Markle, who faced “endless racist, slanderous, clickbaiting vitriol” from the British press.