Meghan Markle was spotted leaving a posh Upper East Side hotel Tuesday, ahead of her baby shower in New York City.

The Duchess of Sussex, 37, cradled her bump as she left the Mark Hotel wearing a black top, black skinny jeans, heels and sunglasses.

Markle, who is due this spring, was surrounded by security as she left the hotel during her five-night stay in New York City that began last Friday when she arrived from London. 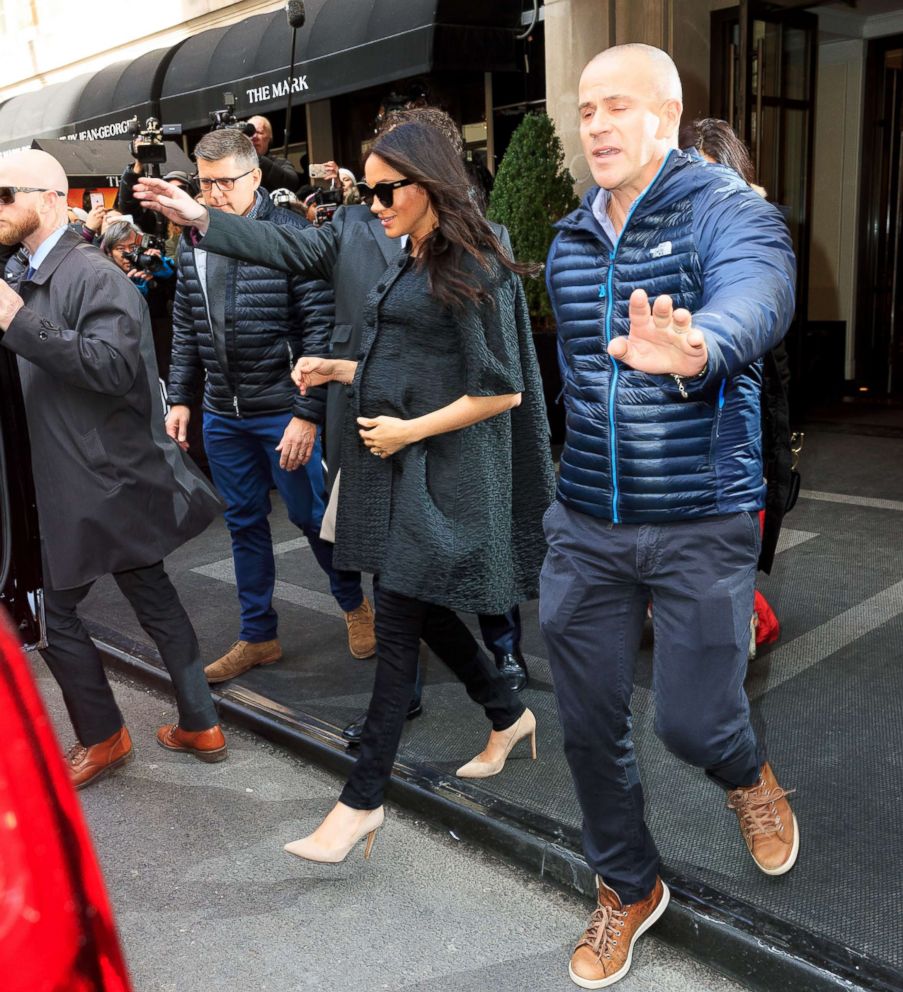 She is reportedly having lunch with actress Abigail Spencer, her former “Suits” costar, before the baby shower, according to ABC News royal contributor Omid Scobie.

The baby shower will be a private affair for around 15 guests, according to Scobie.

“Today’s baby shower is a reunion of sorts for Meghan,” Scobie told “Good Morning America.” “[Guests] include best pal Jessica Mulroney, actress and close pal Abigail Spencer has flown in, and Priyanka Chopra is supposed to be flying in especially for this from London Fashion Week.”

“It’ll be a celebration with her closest friends,” he added. 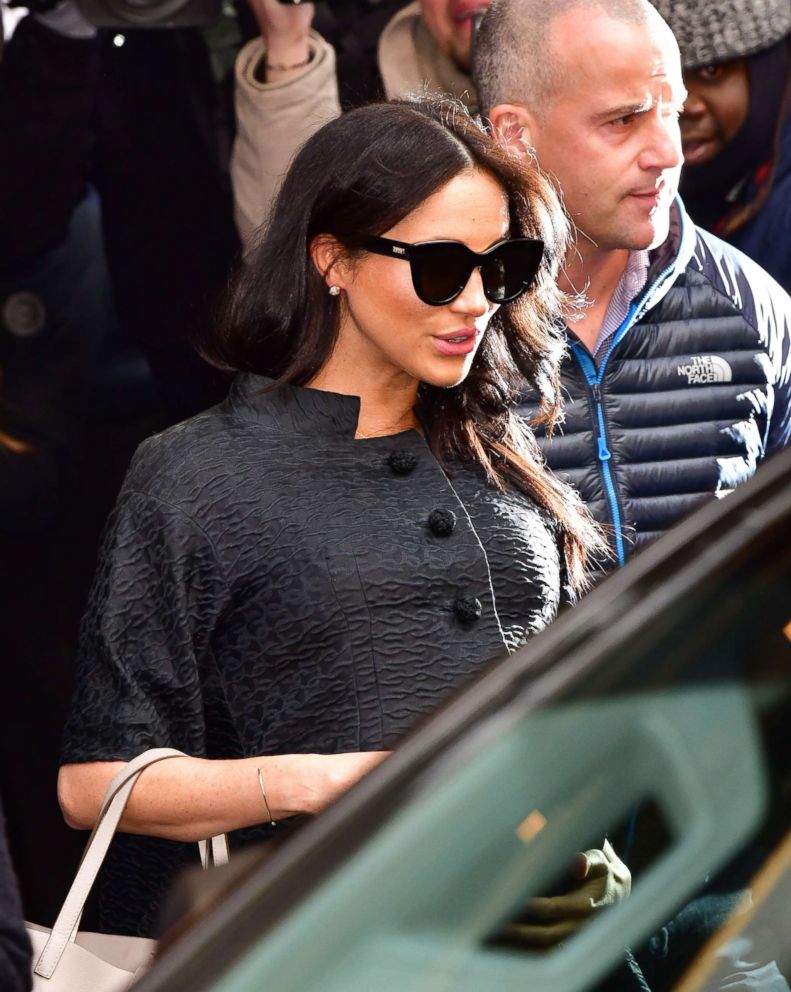 Markle was spotted in New York City on Monday wearing a dark overcoat and a newsboy cap. Over the weekend, Markle visited the famous Ladurée bakery in SOHO for macarons and tea with Mulroney.

“The trip was planned some months ago and, with [with an official trip to] Morroco this weekend, is the last available time Meghan can travel before the Baby Sussex is born,” Scobie said. “Over the weekend, she has been catching up with some of her closest friends, visiting favorite spots in the city and even shopping for baby clothes.” 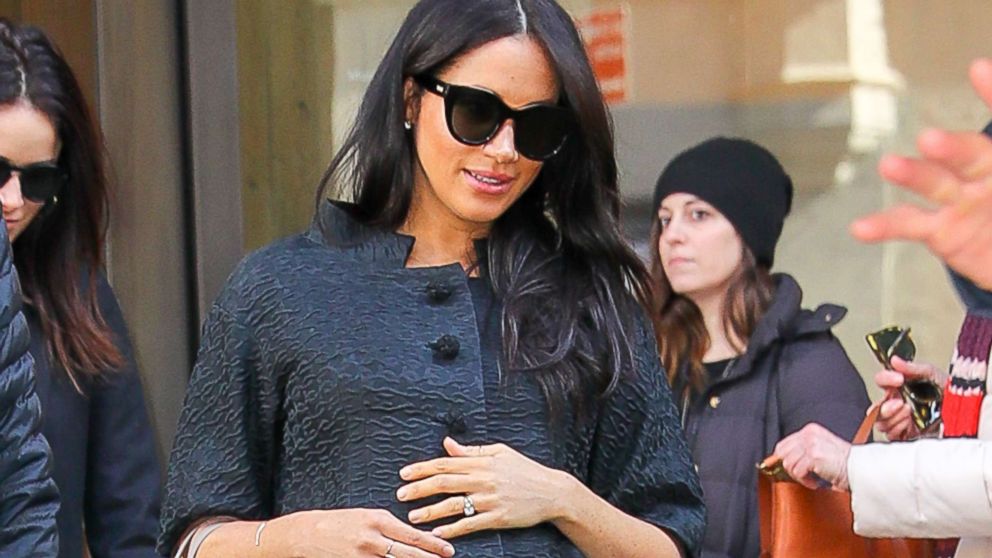