The ultimate inspiration! How Meghan made a New Year’s resolution in 2016 to ‘be open to change’ and ‘leave room for magic’ – mere months before she met her future husband Prince Harry

Nearly everyone has failed to keep a New Year’s resolution, including Meghan Markle. But the Duchess of Sussex also succeeded in sticking to one resolution — and in spectacular fashion.

On January 1, 2016, Meghan was 34, single, and starring in Suits. She was also keeping up a lifestyle site, The Tig, where she shared a post on New Year’s Day outlining her resolutions for the coming year.

But whereas in the past she’d resolved to do concrete things like run a marathon and stop swearing — goals she never met — that year she made a resolution that would lead her to marrying Prince Harry. 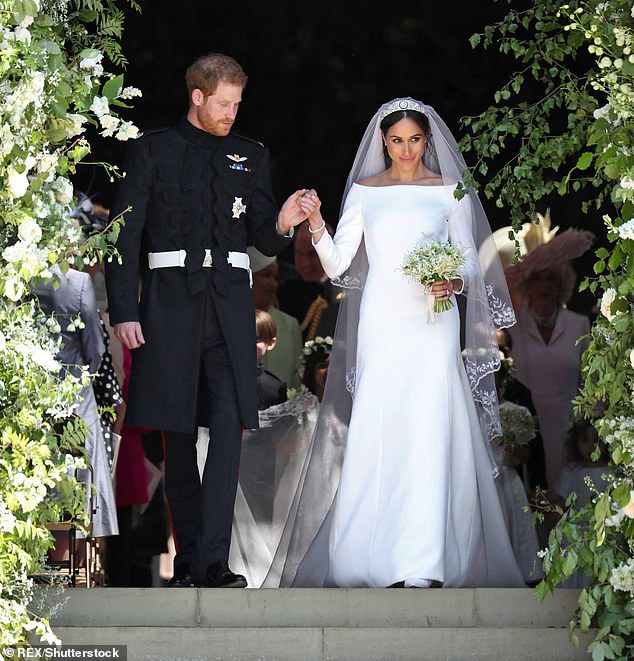 It worked! On January 1, 2016, Meghan Markle wrote on her lifestyle site, The Tig, that her New Year’s resolution was to ‘be open to change’ and ‘leave room for magic’ 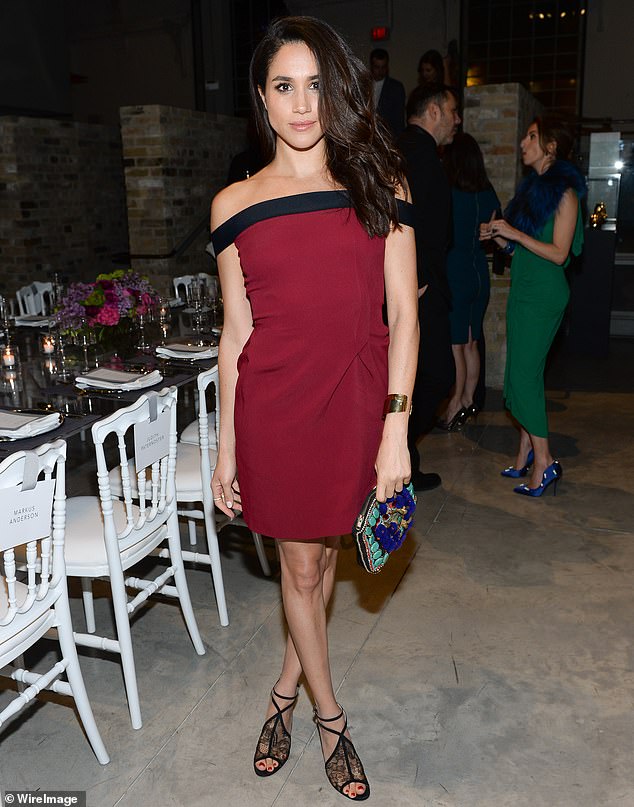 Open: The 37-year-old (pictured in April 2016) wrote that her resolution was ‘to make my plans, and be okay if they sometimes break. To set my goals, but to be open to change’

In the post, titled A New Year’s Resolution, the now-37-year-old talked about past goals she didn’t keep.

‘The marathon hasn’t happened. The swearing comes in lulls triggered by being overworked or feeling mighty cheeky after a couple drinks.

‘Then there’s the French — a language I studied through high school and then lost as I immersed myself in speaking Spanish with the Argentinians during my stint in Buenos Aires.

‘I have put my little Rosetta Stone headset in my eager ears every year, resolving to do interviews en français, but much to my chagrin, it hasn’t stuck.

‘And when it comes to the biting of the nails —well, it still happens with a turbulent flight or a stressful day. It’s unladylike. But then again, so is the swearing. Dammit.’

Her struggle was certainly relatable, but that year Meghan decided to switch things up. 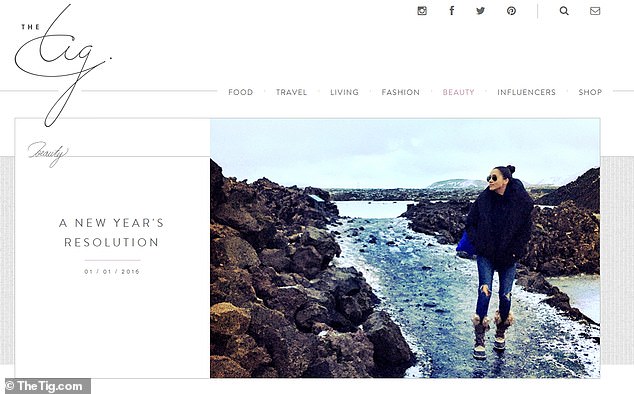 Smart: She said she’d made more concrete resolutions in the past but failed to keep them. That year, she’d make plans — but allow herself to to break them in pursuit of something special 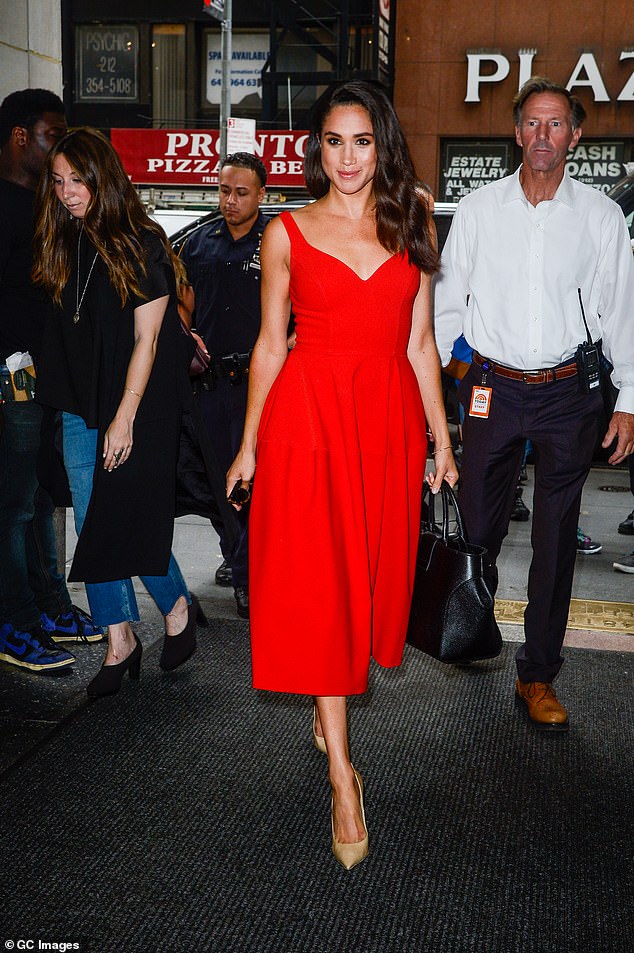 Fast! Just over six months later, in July of 2016 (pictured), she met Prince Harry on a blind date

‘I often find myself wallowing in disappointment when I set a goal I can’t achieve,’ she said. ‘Of measuring each day’s triumph or failure as a benchmark of how the year is going. And at 34 years old, I’m over that.

‘This year I resolve to not have a resolution. If I can’t run a marathon, that’s okay. (I’m getting older — my knees are bothering me.) If it takes me a couple more years to lock down that French tutor and nail the language j’adore oh so much, that’s cool too.

‘My nails will be fine, and if I toss out a four letter word once in a blue moon, well frankly I think it adds character.

‘For this new year, the only thing I aim to do is to approach life playfully. To laugh and enjoy, to keep my standards high but my level of self-acceptance higher.’

Mostly, she decided to take the advice of her Suits co-star, Gina Torres. Before they broke for hiatus, Meghan had been telling her about all the things she planned to do with her time off when Gina chimed in.

‘She stopped me. “Meg, I will just say one thing. Make sure you leave room for magic,”‘ she recalled.

‘And that is my point. My New Year’s resolution is to leave room for magic,’ said Meghan. 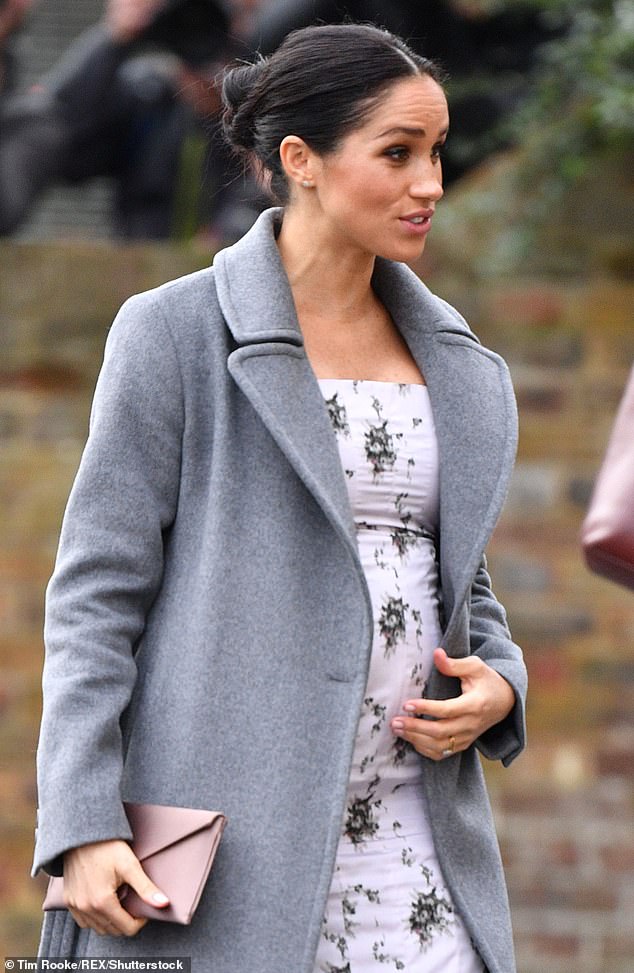 The magic keeps coming! Now she and Harry are expecting their first baby in 2019 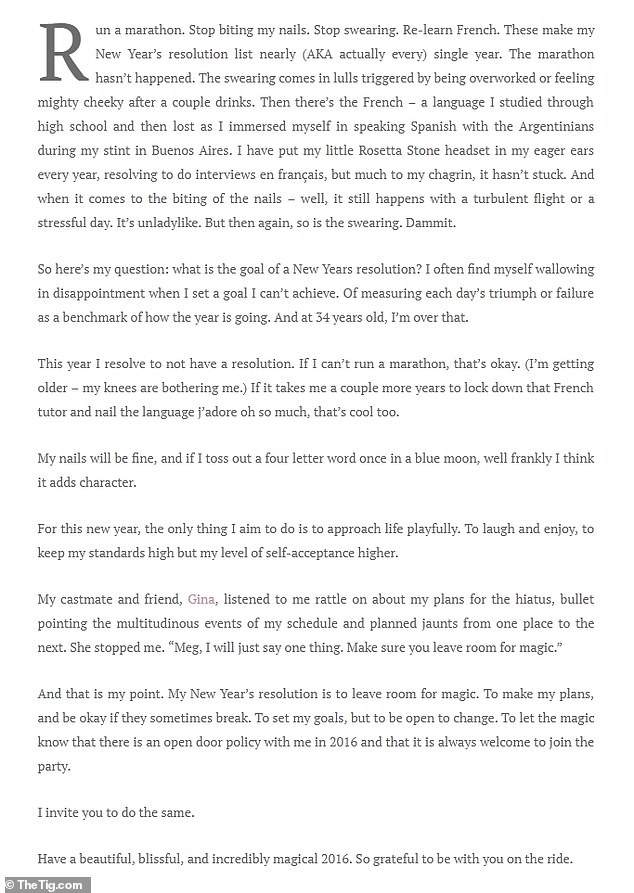 The post: She wrote about her plans on her blog, which she took down after getting close to Harry

‘To make my plans, and be okay if they sometimes break. To set my goals, but to be open to change. To let the magic know that there is an open door policy with me in 2016 and that it is always welcome to join the party.

And when she left room for that ‘magic,’ it found her: Months later, in July of that year, she was set up on a blind date with Prince Harry — which would turn into a whirlwind romance that saw them married in May of 2018.

As she joined the royal family, Meghan went on to shut down her blog, leaving just a farewell message.

‘To all my Tig friends,’ she wrote. ‘After close to three beautiful years on this adventure with you, it’s time to say goodbye to The Tig.

‘What began as a passion project (my little engine that could) evolved into an amazing community of inspiration, support, fun and frivolity. You’ve made my days brighter and filled this experience with so much joy.

‘Keep finding those Tig moments of discovery, keep laughing and taking risks, and keep being “the change you wish to see in the world.’

‘Above all, don’t ever forget your worth — as I’ve told you time and time again: you, my sweet friend, you are enough. Thank you for everything.’