Melania Trump stood by husband Donald Trump‘s side at the White House Christmas party on Monday.

Photos from the bash show the First Lady of the United States donning a black sleeves dress for the celebration. Donald Trump Jr., who attended the party with girlfriend Kimberly Guilfoyle, shared a picture of his father at the podium, addressing the crowd of attendees.

Hanging out at The White House Christmas Party with @flotus @realdonaldtrump and the legendary Rush Limbaugh. #whitehouse #christmas #party #rushlimbaugh

Hanging out at The White House Christmas Party with @flotus @realdonaldtrump and the legendary Rush Limbaugh. #whitehouse #christmas #party #rushlimbaugh 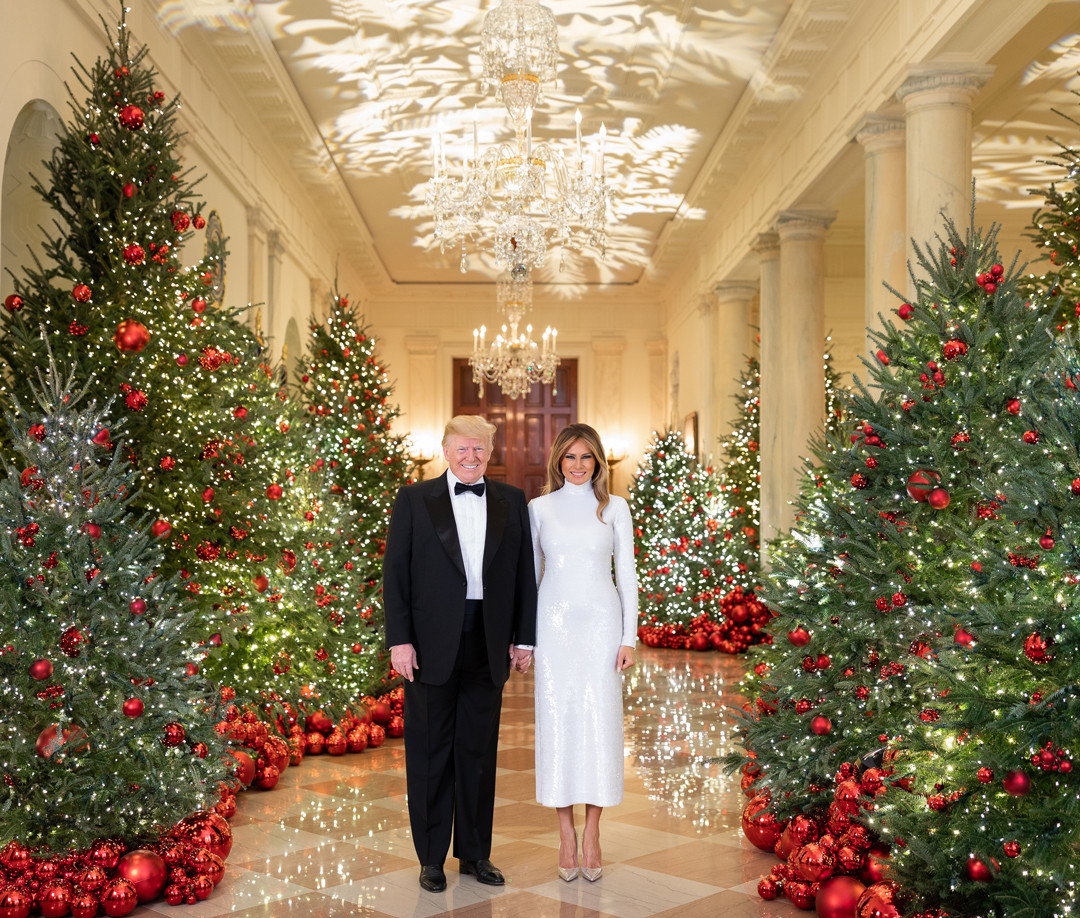 In the portrait, taken by photographer Andrea Hanks, the couple holds hands as they smile alongside multiple Christmas trees. Melania can be seen in a white turtleneck dress in the photo, alongside her husband in a suit and bow tie.