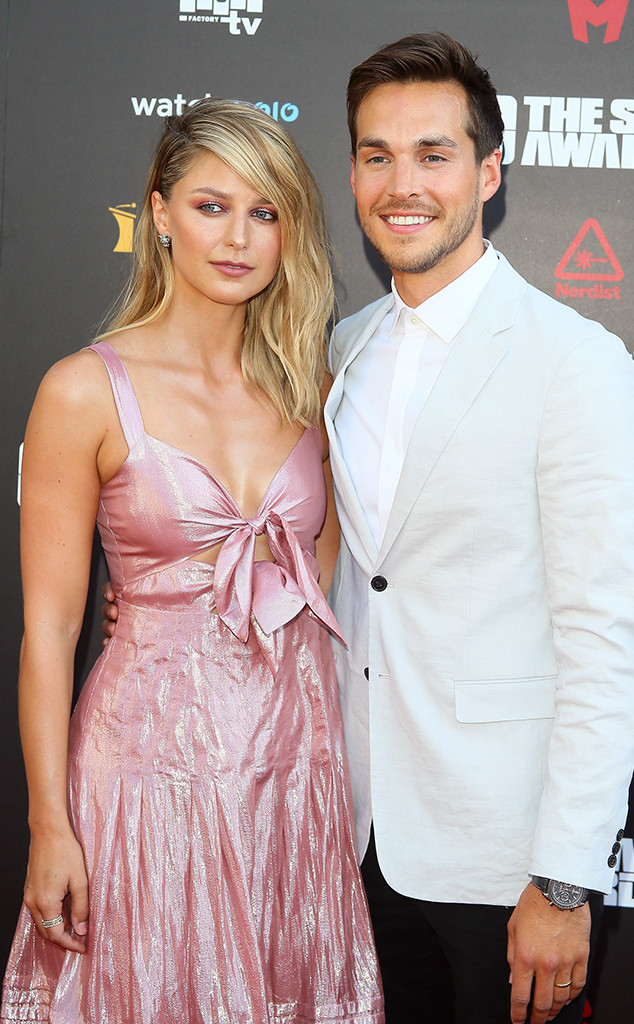 Supergirl co-stars Melissa Benoistand Chris Wood walked their first red carpet as a married couple on Friday. The 30-year-old actress and the 31-year-old actor attended the 2019 Saturn Awards in Hollywood.

The event took place just under two weeks after Benoist and Wood tied the knot in front of family and friends, including Kevin Smith, Odette Annableand Paul Wesley, at a private estate in Ojai, California.

At the Saturn Awards, Benoist wore a strapless, shimmering pink 3/4-length dress that tied in the front and strappy sandals, while her husband sported a white blazer over a white shirt and black pants.

The annual ceremony is presented by the Academy of Science Fiction, Fantasy and Horror Films. Supergirl was announced as the winner of the 2019 Saturn Award for Best Superhero Television Series.

Benoist was nominated for Best Actress on Television for her role of Kara Danvers / Kara Zor-El but lost to Game of Thrones star Emilia Clarke.

Benoist and Wood met on the set of the CW series Supergirl, where they played love interests. They have been together for more than two years and announced their engagement this past February.