Fans can stop complaining about ‘RHONJ’s shorter seasons because Melissa Gorga just revealed Season 12 will be ‘a lot longer’ than previous ones.

When Season 12 of The Real Housewives of New Jersey premieres in early 2022, it’ll be “a lot longer” than the last few seasons, Melissa Gorga confirmed to HollywoodLife at Mohegan Sun’s 25th anniversary celebration on Oct. 23. Melissa told us that the new season is “crazy. It’s wild. It reminds me of like the table-flip craziness, so I think the fans are going to love it. It’s a lot longer than the previous ones. Everyone was asking for that, so they’re going to get it.” 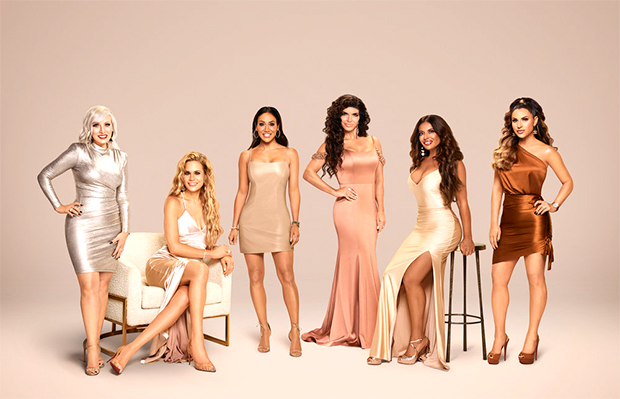 “It’s going to be very shocking,” Melissa’s husband Joe Gorga added before they spoke about his sister, Teresa Giudice‘s, big news. Teresa and her partner, Luis Ruelas, got engaged on Oct. 19, and they’re “very happy for her”. However, Joe and Melissa wouldn’t say any more than that, leading us to believe they may be feuding again. And it would certainly explain why everyone on the cast has been saying the new season is “wild”.

“We’re gonna leave it at that when it comes to Teresa!” Melissa said.

Anyway, it’s nice to hear that the new season of RHONJ will be much longer than those that came before it. Normal seasons of The Real Housewives often produce more than 20 episodes, but RHONJ hasn’t gotten that high since Season 5 in 2013. Season 11 was only 15 episodes, while the five seasons before that all averaged 18 episodes. So fans will definitely be happy to hear that the new one will likely be a return to form when it comes to the length of the season. More episodes means more drama!

Bravo has yet to reveal an exact premiere date, but Season 12 of RHONJ is expected to debut in early 2022.