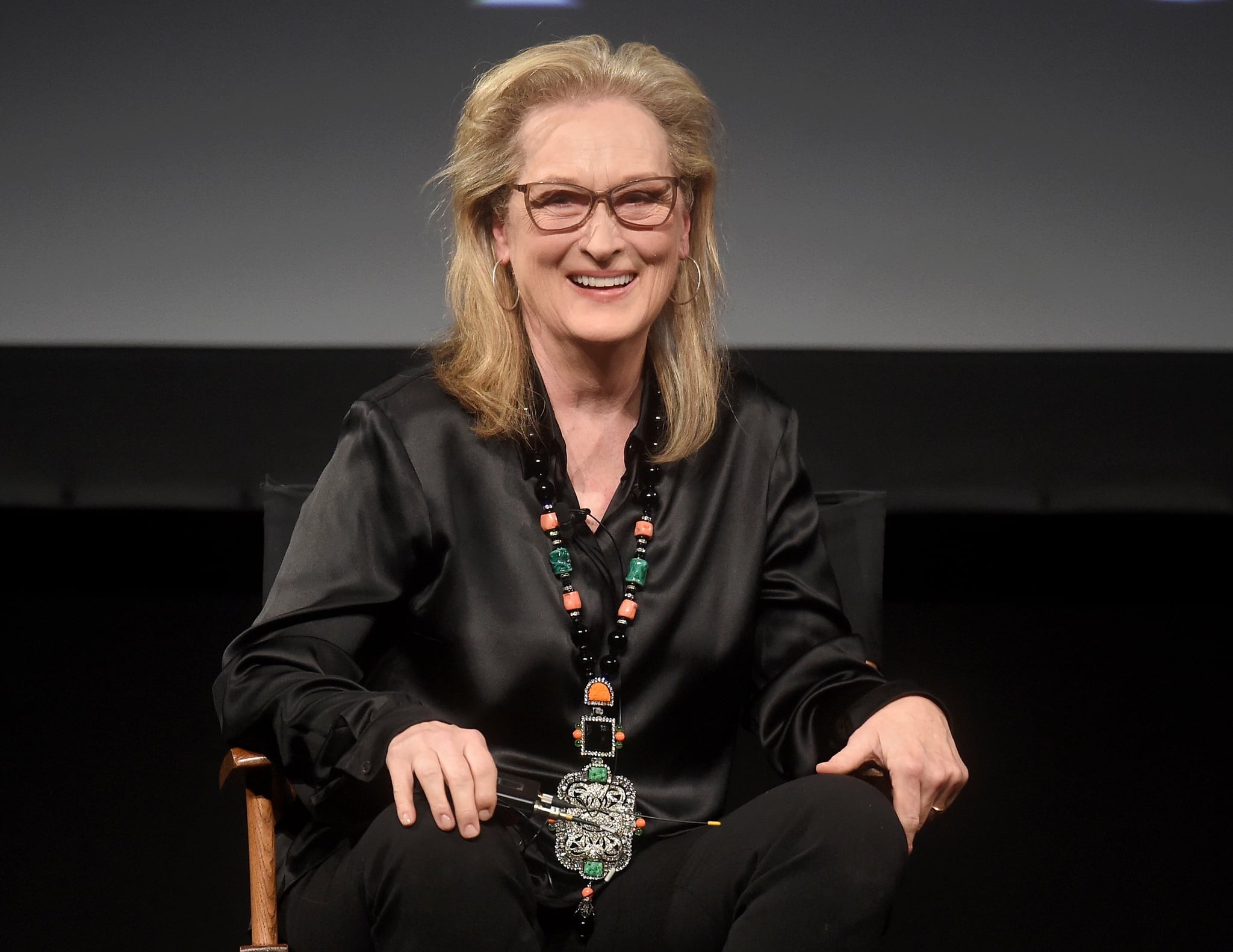 For months now, A Star Is Born has positively dominated the pop culture conversation. It’s not hard to see why: the powerful story is packed with incredible performances and a killer soundtrack, and the film is well on its way to dominating award season. As if we didn’t need any more reasons to add it to our list of all-time favorites, it now officially has a rare distinction: it’s earned the praise of legendary actress and icon Meryl Streep.

On Dec. 1, Streep sat down with Stephen Colbert for an incredibly personal conversation in front of nearly 3,000 people. During the talk, Streep admitted she never thought she’d make it as a movie star because of her big nose. That admission, of course, led to the pair’s discussion about A Star Is Born. “There was no way I was gonna be a film actor, never . . . that wasn’t even an option,” Streep said. “My nose was too big . . . I’ve just seen A Star Is Born, and I so related to that.”

Streep even turned the moment into a larger conversation about the “Shallow” (ha) nature of the industry. “I’ll come upon a movie, and I’m in it, and I’m really young and very beautiful, and I’ll think, I was so unhappy, I thought my nose was too big, I thought I was fat,” she remembered, “And I’ll think, ‘What was I thinking?'” She continued, saying, “Every woman in this room thinks about her weight, if only it were 10 pounds less. We are so judged by how we look . . . We inevitably allow ourselves to be the object of ‘What should I wear tonight? Is my hair clean?’ You think about these things. Men do not think about these things.”

Streep also sang the praises of A Star Is Born as a whole. “It’s so breezily shot. It’s not actor shot. [Some] actors who direct give the actors too much air. They don’t cut as brutally as you need to in order to move the story. To them, the character is more interesting than the forward movement of the narrative. But Bradley kept it moving. [It’s] brilliant.” As an added bonus, Colbert suggested, when Streep admitted her own old insecurities about her nose, that she could have played that lead in the film. “Oh honey, no. No way,” she said. “Nobody but Gaga!” If that’s not an indication that Gaga is Oscar-bound, I don’t know what is.