Can YOU spot what’s hiding in this Christmas tree? Festive fir features a very cheeky intruder – but you’ll have to be eagle-eyed to find him

A Twitter user has left followers baffled with a snap of her Christmas tree featuring a rather unusual adornment.

Alli McDonald, from Wentzville in St Louis, Missouri, shared a brain-teaser worthy snaps with her followers, revealing that she’d found an cheeky intruder in the festive fir.

She challenged puzzle fans to spot him in a tweet that’s since been liked 2,800 times.

It turned out that Alli’s crafty cat likes to climb the Christmas tree and hide in different spots every day, and he’s extremely hard to spot among the branches as he balances precariously alongside the fairy lights.

Scroll down for reveal 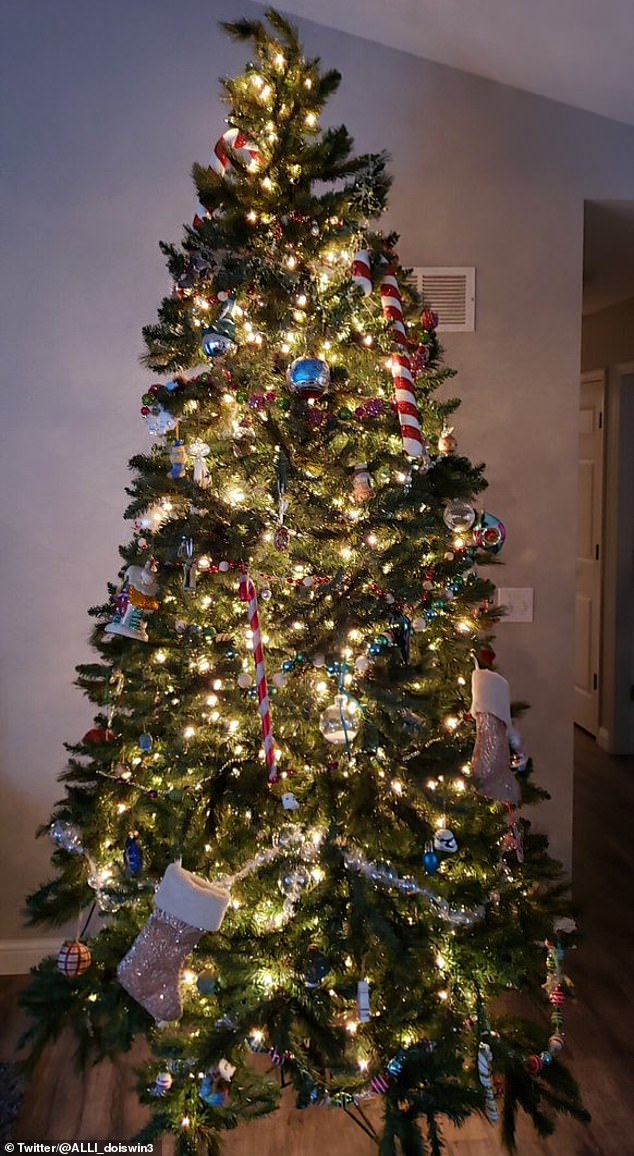 Alli McDonald, from Wentzville in St Louis, Missouri, shared this snap of her cat in her family’s Christmas tree – but can YOU find him?

Posting the first of a series of photos, she said: ‘Alright guys let’s play a game: every morning we find my cat in a different place in our Christmas tree and take a picture.

‘Screenshot when you find him.’

Twitter users were left scratching their heads trying to locate the crafty cat in the beautifully decorated tree.

One user wrote: ‘I soo go it wrong. I have thought I saw a black cat and its eyes.’

Another added: ‘I don’t see how his head is at that angle.’

Plenty of baffled Twitter users shared screenshots of baubles and Christmas lights in the tree, assuming it was a black cat.

Others simply shared pictures of their own cats hiding up trees – but in far more obvious hiding places.

Eagle-eyed viewers will be able to spot the well-hidden grey moggy towards the top left of the tree above one of the baubles.

In the snap, the cat has his head tilted to the side which has thrown off plenty of viewers. 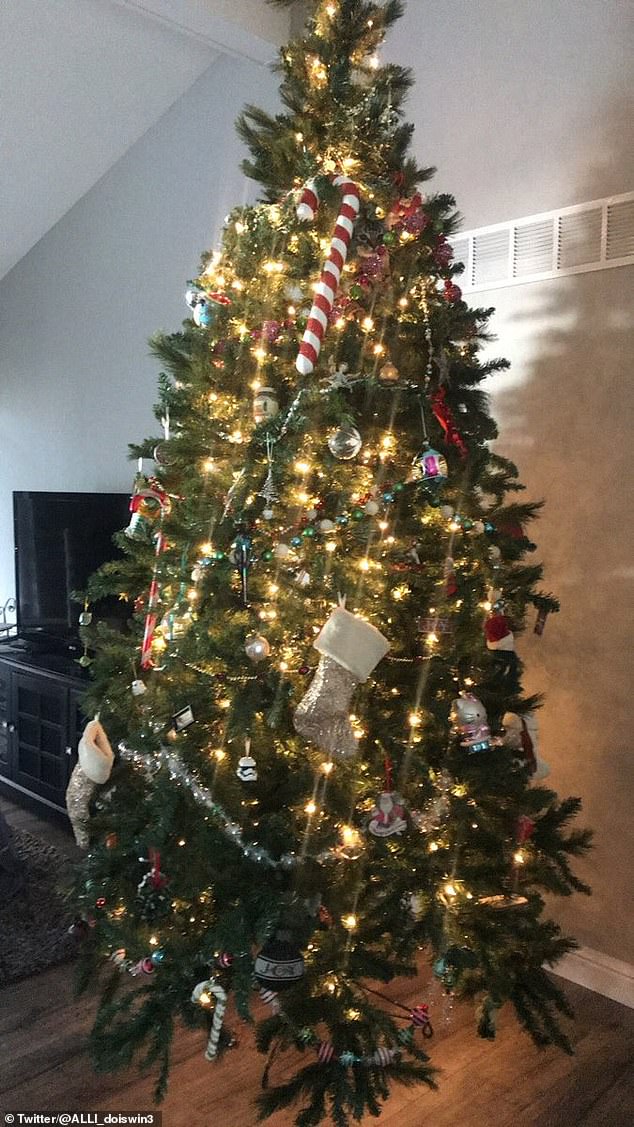 A few days later, Alli shared another snap showing her cat hiding in the tree – and he’s just as difficult to find this time 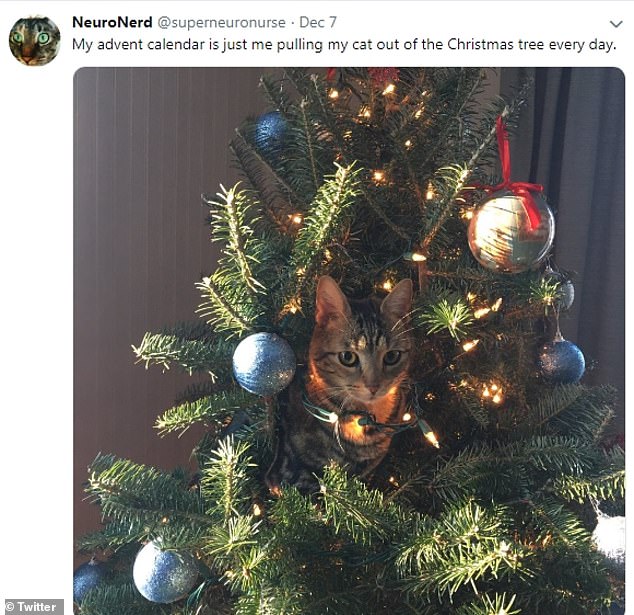 Cat owners across the globe have been sharing their own snaps of cats hiding in their Christmas trees on social media.

One Twitter user wrote: ‘My advent calendar is just me pulling my cat out of the Christmas tree every day.’

Another added: ‘Friend’s cat is doing some performance art as a Christmas tree decoration.’ 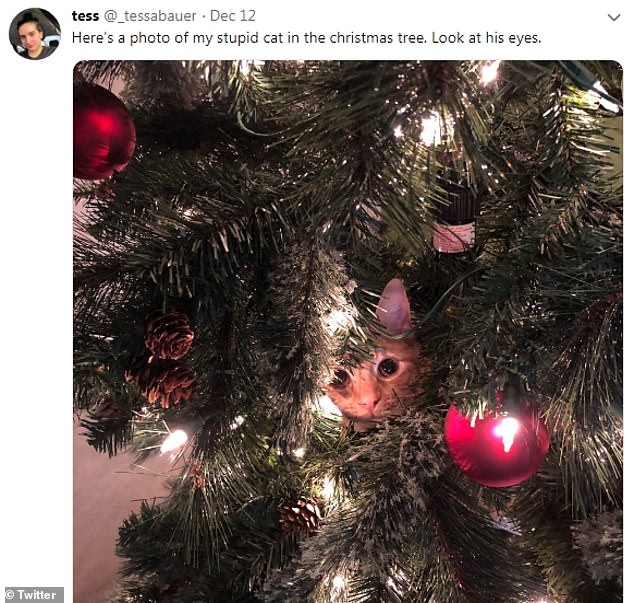 Sharing a snap of his cat basking in the Christmas tree lights, another tweeted: ‘Here’s a photo of my stupid cat in the christmas tree. Look at his eyes.’

The experience is so universal that Argos have even capitalised on it by selling half Christmas trees.

The trees have no bottom branches, so playful cats can’t climb up and wrestle with your tinsel and lights. 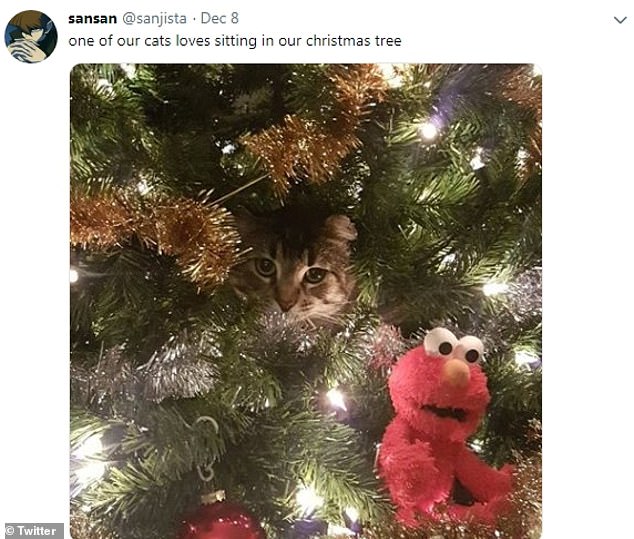 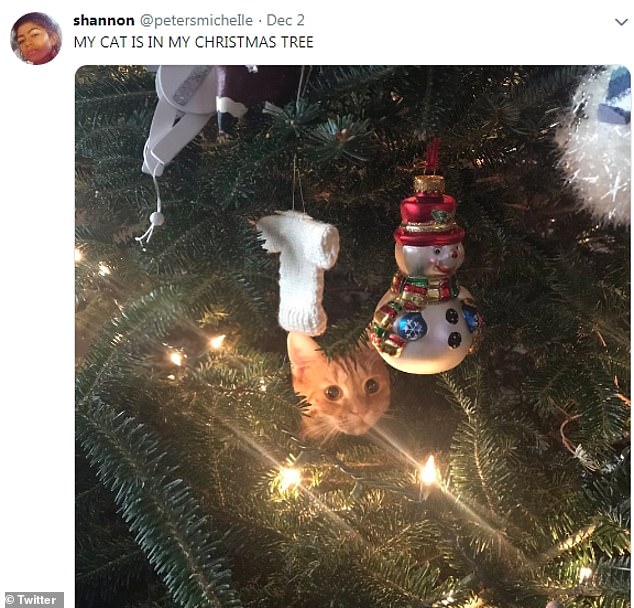 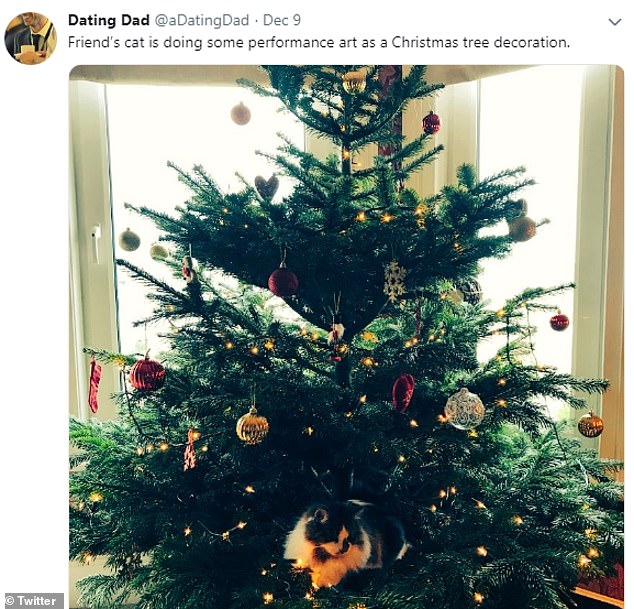 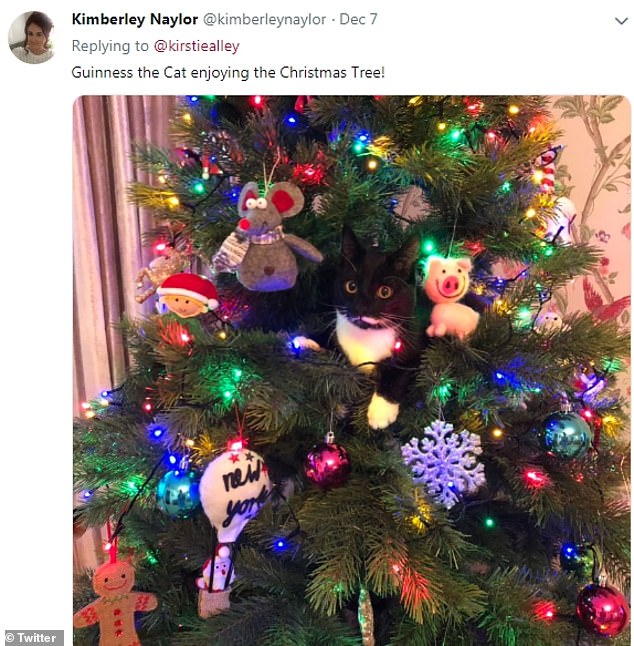 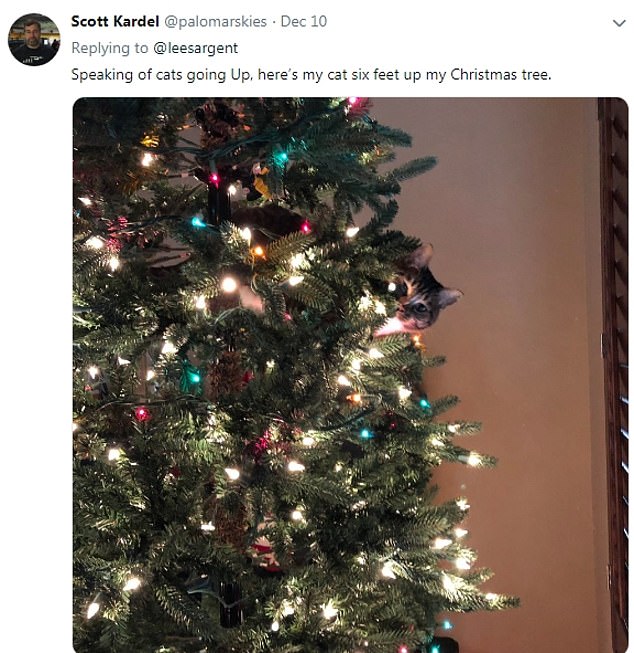