Do you think you’ve seen everything exciting there is to see in an airport? The man who falls asleep getting a massage? The child who actually enjoys airplane food? The emotional support peacock (who thought it was going to be easy to get one of those on a plane..)? Well, get ready to be out-excited, because on April 20 2019, Michelle Belleau and Ron Peterson got married in an airport, and I could not love it more.

According to Cleveland.com, the two had been dating long-distance for years between Cleveland and Los Angeles, so the airport held special significance for them. Even more significant — they actually met in that airport 12 years ago. Belleau worked in concert promotions, and she was picking up Peterson, a client, from the airport, according to Brides.com. They later moved to Los Angeles and had two daughters, but that Cleveland airport will forever be the spot of the first time they set eyes upon the other, and where they ultimately decided to tie the knot. So, next time your boss asks you to do something you’re not thrilled about, like driving through traffic for a client, consider what might be waiting on the other side. 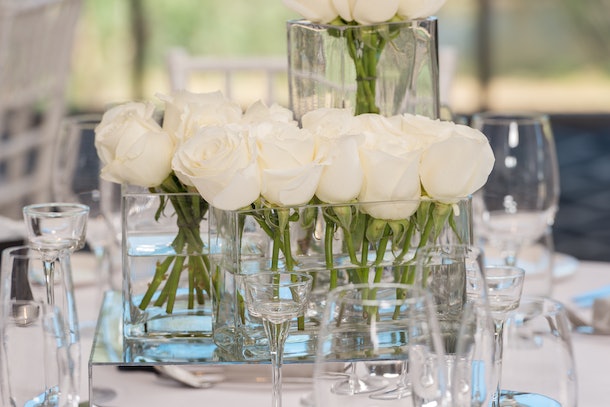 Peterson brought up the idea to wed at an airport, and I certainly can’t fault his creativity. Belleau was on board (pun very much intended) immediately because the airport had so much significance for them. According to CBS News, Cleveland Hopkins airport had never had a wedding before (although, based on what I’ve seen happen in security lines, I can only imagine every airport has had quite a few breakups), but the airport agreed to let them wed. And guests were happy to join them — 120 people RSVPed for their nuptials, and the couple informed them that it’s cocktail attire, but flexible. An airport wedding reception does make sense to me, because every time I put my hands in the air for the metal detector, I feel like I should break out in a jig. I do have a few remaining questions: Did the ring make it through security, and was there an open bar (because, if so, it would be the greatest airport day of all time)?

The couple says that the airport was both a source of joy and sadness, since it was where they said hello and goodbye for years. In fact, Southwest Airlines and its companion-pass program helped them stay together through years of long-distance. Having been in a long-distance relationship myself, I understand the joy of meeting a partner you haven’t seen for months at the airport, as well as the sorrow of waving goodbye across the security line. Today, I find going to the airport a bit of a drag, but I would actually enjoy it if I could partake in my friends’ nuptials (well, JFK has a Shake Shack now… so, I’m not going to pretend like all airports are my least favorite places in the world). 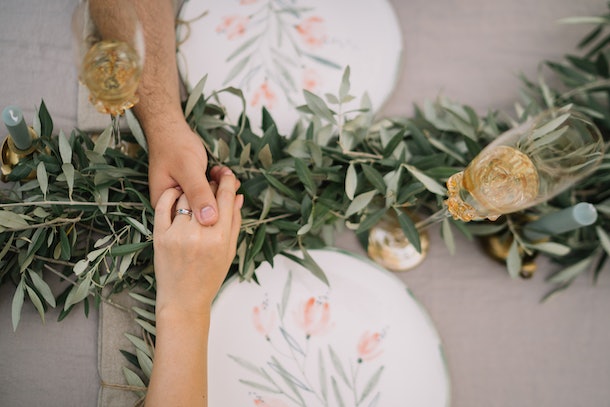 Cheers to the happy couple, and cheers to their honeymoon, which might take them back through the very same baggage claim!