They’ve been together on and off for over a decade, but May 7, 2019 marked Miley Cyrus and Liam Hemsworth’s first Met Gala together. And Miley Cyrus and Liam Hemsworth’s Met Gala 2019 body language says a lot about how their relationship is doing since tying the knot on Dec. 23, 2018. Traci Brown, body language expert and author of Persuasion Point, looks at two telling pictures of the two strutting down the pink carpet and tells us everything and anything there is to know about their relationship.

Before we get into their body language, let me take a second to highlight the fact that this is a huge deal. I mean, obviously going to the Met Gala is always a huge deal. But the event actually holds a special place in Cyrus’ heart so getting to share it with Hemsworth for the first time ever is no small feat.

"My favorite time of the year is Met Ball," she told a reporter for Vogue. "It’s like a reunion with all your friends and it starts feeling like family, but I’m also a big looky-loo so I like to watch and judge, vote on what my favorite thing anybody’s worn. Of course, I love Gaga laying on the stairs in her full extra. I live for it."

And now she gets to judge people with the help of her bae for the very first time. But that’s not even what’s really making her excited to have Hemsworth by her side. "It feels good," she told the reporter of coming with a date for the first time. "I’ve always been here solo so I wore higher heels because I had someone to hold me this time."

Luckily, their body language backs up what Cyrus was talking about in her interview. "I think Liam and Miley are having a good time on the red carpet," Brown says after examining their pictures. How can she tell? Allow her to break it down for you below.

He’s happy to let her shine. 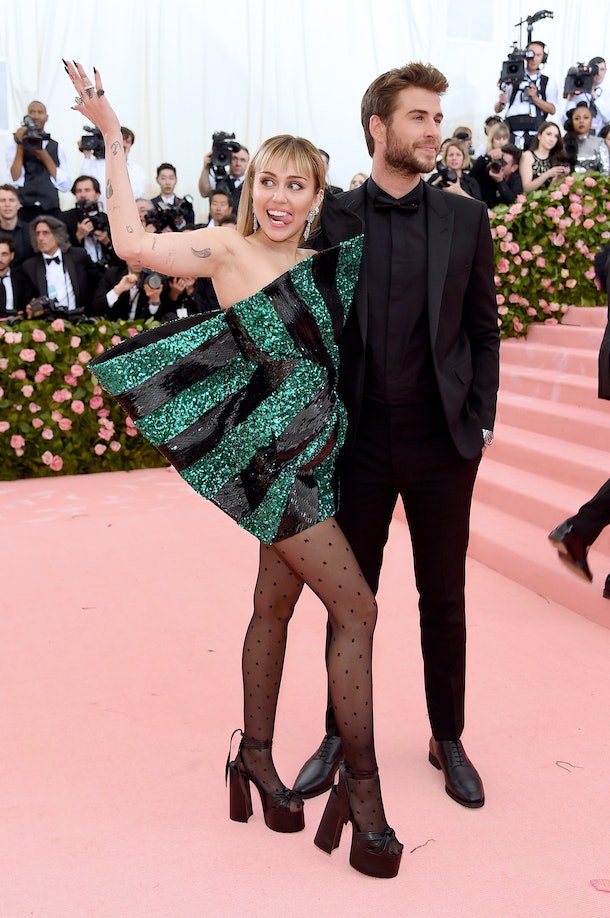 Even though Hemsworth doesn’t necessarily look as thrilled as Cyrus to be there in this picture, Brown reassures us that both of them are having a grand old time.

"It’s about as happy as we’ve ever seen him," she says. "He’s reserved but his eyes are smiling."

While Hemsworth is going for a more low-key vibe, Cyrus is going for the literal opposite. "Miley, on the other hand, is doing the best she can to attract attention," explains Brown. "She’s doing so much that he’s leaning away just a bit and looking away, too!"

Honestly, I love a man who’s willing to let his wife have the spotlight to herself. Respect. 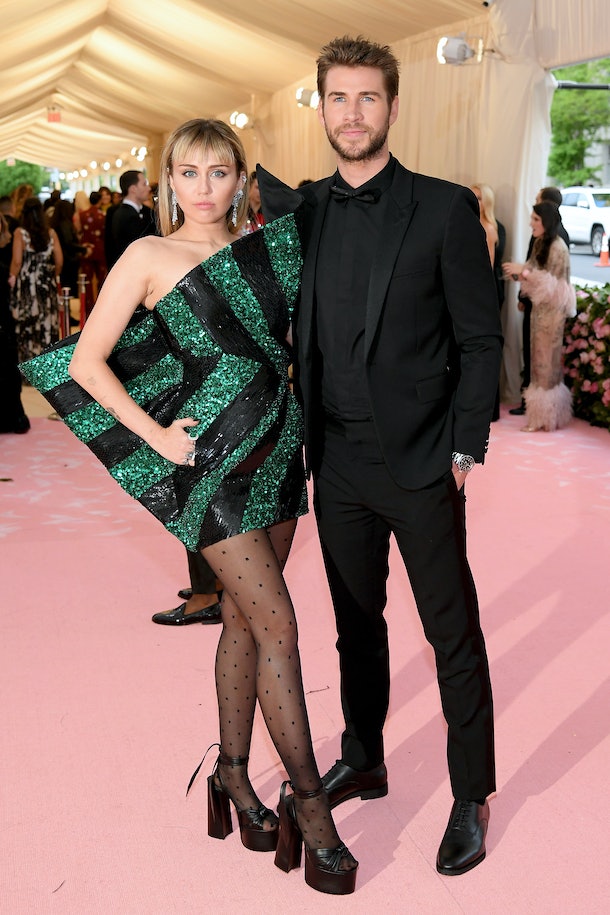 At first glance, they don’t really necessarily look super happy and in love in this picture but, according to Brown, their pose here actually speaks volumes about how strong their connection is.

Honestly, is having a go-to matching sexy red carpet pose with your partner not the most aspirational thing you’ve ever heard of?! BRB, texting my boyfriend to start planning ours.