Council estate millionaire, 26, who grew up caring for his alcoholic mother reveals his tough childhood has fuelled his desire for success – and his ticket company is now worth £22MILLION

As a plucky youngster growing up on a deprived council estate in Preston, Lancashire, ticket re-sale entrepreneur Luke Massie might have bet on his future success…but not many others would have seen his potential.

At the age of 13, conscious of looking out for his four siblings while his mother battled alcoholism, depression and anxiety, he took on five paper rounds from local newsagents. He quickly sub-contracted them to other boys on the estate, taking a £3 profit from each of them. 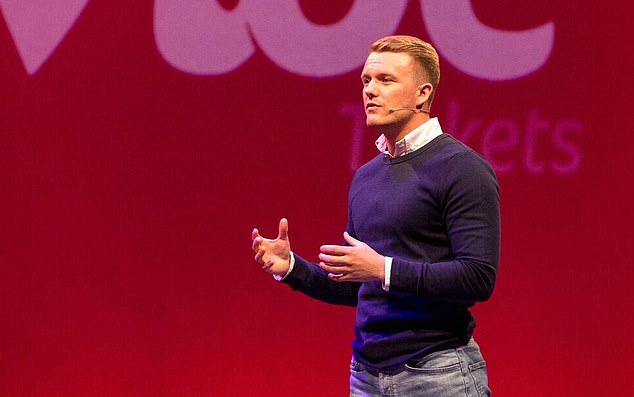 Luke Massie, 26, launched Vibe Tickets at the age of 20 after he couldn’t easily re-sell tickets for an Ed Sheeran concert. Last year, the company, which doesn’t charge fans a fee to sell on tickets, was valued at £22million 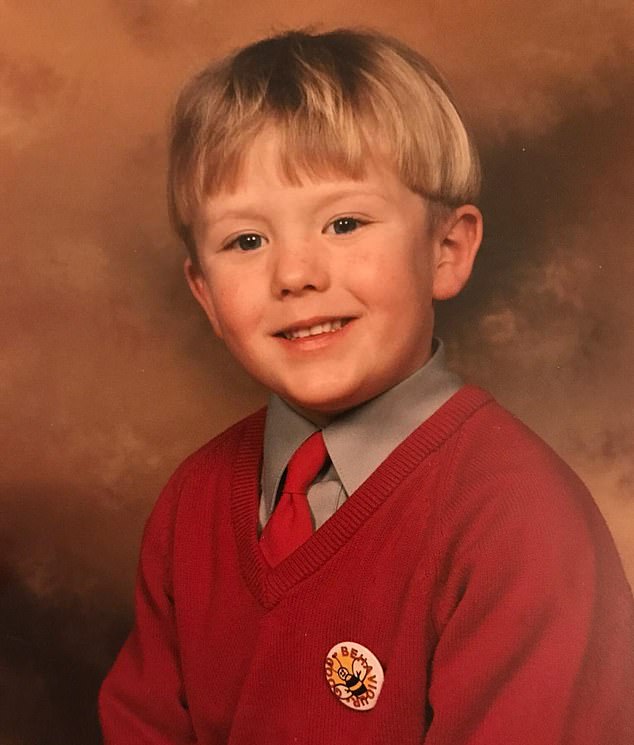 Luke grew up on the Ingle estate in a deprived area of Preston, Lancashire. With four brothers and sisters and a mother who struggled with alcoholism and mental health issues, the 26-year-old says he turned to money-making schemes to fund childhood fun such as swimming and buying his own bike 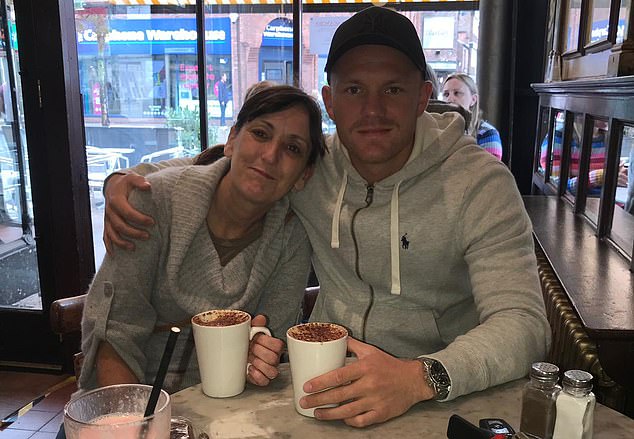 Luke and his mother, who still has mental health problems but lives close to her son. The entrepreneur, who caught the eye of Sir Richard Branson with his aptitude for business, says he’s made mistakes from having money from an early age, including buying a brand new Audi at just 18 after selling a company for £94,000 while his mother survived on £68 a week

At school, he’d buy and sell sweets to make money so he could ‘go swimming with friends at the weekend’.

Fast forward 13 years and, at the last valuation, his company Vibe Tickets was estimated to be worth £22 million, with Massie the major shareholder.

He doesn’t hesitate when asked how a young, working-class boy became so driven to succeed, saying: ‘My entrepreneurial spirit is definitely environmental. Looking after my brothers and sisters, taking on that leadership at a young age and wanting to make a difference comes from that.’

Luke, who lives in a modest £250,000 house in a village in Lancashire, reveals that his father ‘was in and out of our lives’ and that he had to take on the responsibility for his brothers and sisters, because there was ‘no-one to pass that concern on to’.

He explains: ‘I did well enough at school. Football was a passion, I played for Blackpool and that helped with getting out frustrations of my family life out when I was younger.

‘When I was at school, I got an A* in business and at college, I studied Business, Economics and Finance and again got an A* in Business.’ 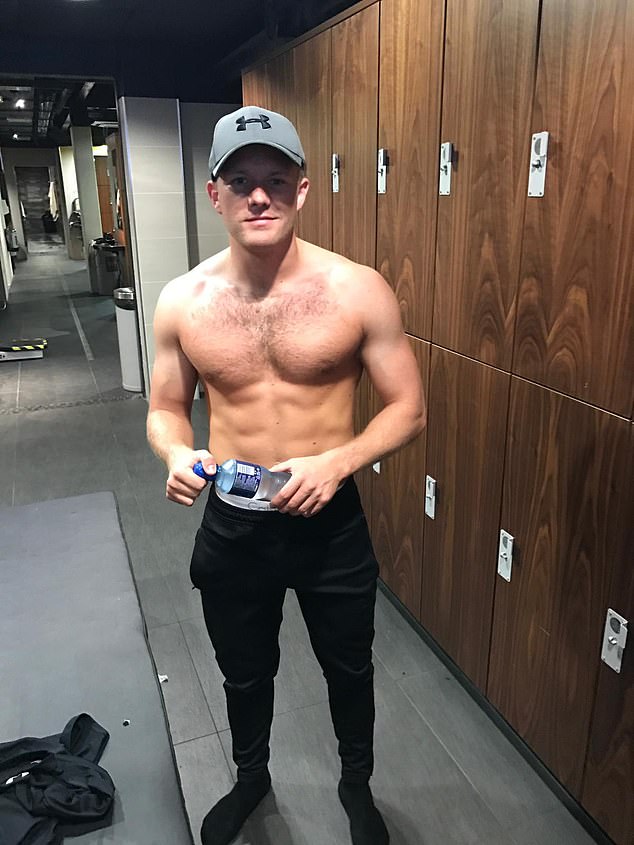 Fitness fanatic: Luke says football was an outlet for his energy and frustration when he was younger and going to the gym – including high-intensity training – helps him wind down from work 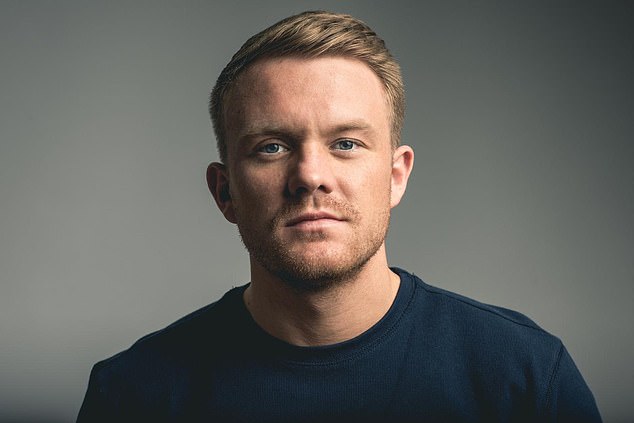 Luke has since launched Vibe Pay after legislation changed last year that meant banks had to open up technical infrastructure and allow third parties to process payments on behalf of consumers, with their permission…he now hopes the company will challenge Paypal

While other students were buying cheap pints at the bar, Massie set up his first business, a PPI company called Mortgage Claims Direct, at just 17, which he sold for £94,000, a week before his 18th birthday.

Massie says: ‘It was pretty weird when I sold the business. I was going back to the council estate, having just cashed a cheque for £94,000. It was a very strange time.

‘I made a few mistakes. I’d turned 18 and I bought a brand new Audi, which is the worst thing I did.

‘My mum was suffering, she was on £68-a-week on benefits and I went and bought a new car. There were some harsh lessons to learn – I had to get it out of my system.’

After investing in a few companies, he kept £50,00 for future plans and that money became the start-up fund for Vibe Tickets.

The business started life as a lowly Twitter handle and was borne out of a negative experience Luke had after he tried to sell four Ed Sheeran tickets for a concert in Manchester that he and his friends could no longer make.

Feeling ripped off by the prospect of paying a ‘middle-man’ £100 to sell on the tickets – and not getting his hands back on his money until after the concert (six months away), Luke, who lives with his girlfriend of seven years, sold them on Twitter to a fan instead…and Vibe Tickets was born.

The road to the current value of £22million, albeit ‘on paper’, has, Massie admits, been a tumultuous one. 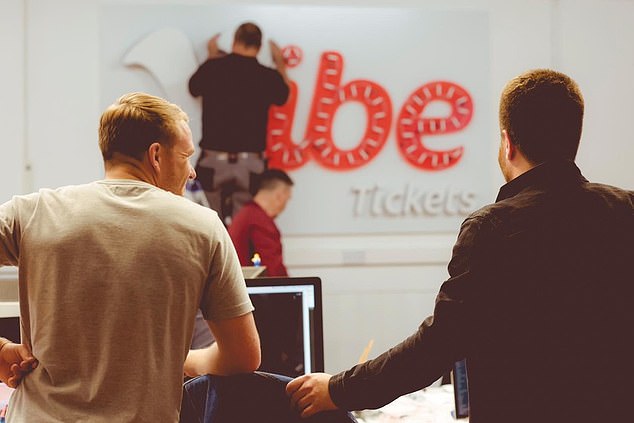 Vibe took on its 44th member of staff this week; Luke admits that he’s a workaholic, spending nearly 12 hours in the office before being glued to his laptop at home 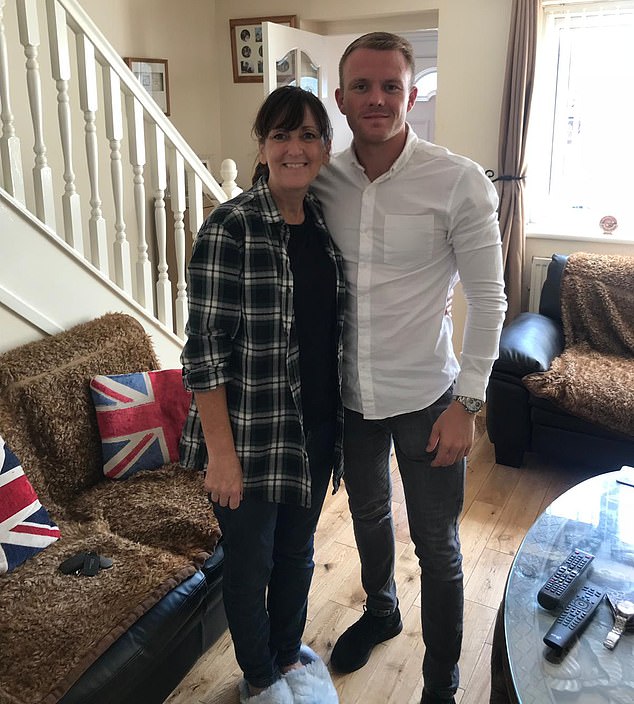 Luke’s mum lives close by and still has mental health problems: the entrepreneur says he’s loathed to move to London because he needs to be near her

Despite the company being in a strong position, it faltered early when relations soured between Luke and his main investor.

He explains: ‘When I was 20 years old, I raised my first investment. I signed up to some ridiculous terms and conditions. You learn from these things.’

How to bag the best tickets at a fair price? Hold your nerve…

Luke says consumers need to be educated when it comes to getting the best price on tickets to see their favourite artist.

The ticket re-sale millionaire says: ‘Don’t buy immediately after tickets have gone on sale – that’s when FOMO (fear of missing out) hits.

‘Prices are hiked up and tickets are held back, with organisers not saying who’s got them. Of course, they’ll tell you it’s a sell-out – and the media stirs it up – but often you can easily still get tickets.’

He adds: ‘Most tickets are sold a year before a performance so there’s a huge window of opportunity to buy them at less than they went on sale for – hold your nerve and be educated!’

Forced into a corner by the investor keen to buy Luke out, he wound down the business himself and then bought it back, with full control, saving the original staff’s jobs.

Months later, after being asked to take part in a competition by Virgin to find new start-ups, Luke, then 21, pitched to Richard Branson and impressed him so much, Vibe Tickets made the finals.

At a meeting at Branson’s house the following day, the entrepreneur told him: ‘You’re in the business of connecting people, you just happen to be selling tickets.’

Using the positive promotion the competition gave him, Massie crowdfunded £617,00 in 48 hours and the rest is history.

His commitment is clear: ‘Vibe is my life. My staff are my family. We took on our 44th employee this week.

How does he kick-back? ‘I’m super into fitness. I like hanging out with friends, the lads I grew up with on the estate. I still go into my local Labour club on a Friday night for a £2 pint and catch up with everyone.’

To a large extent, he’s still supporting his family too. He says: ‘My mum struggles, she needs help a lot of the time.’ With two brothers in the forces, his younger twin brother and sister are ‘in and out of trouble’, he says. 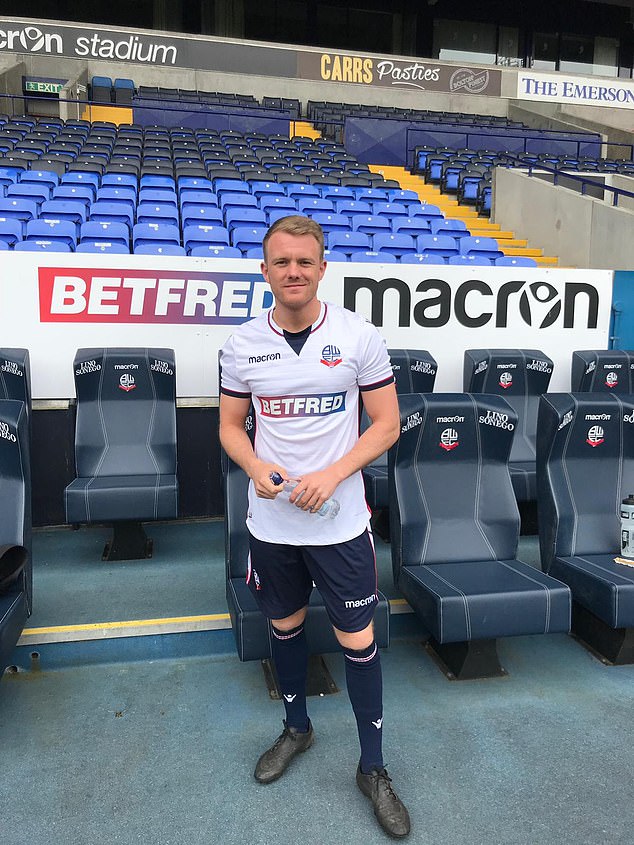 Compulsive: A talented footballer, Luke admits that he used sport to escape the frustrations of his family life as a youngster – and work and the gym do the same for his as an adult

He adds: ‘My mum’s one of my number one priorities to look after. I spend three or four days a week in London, living out of hotels. I should move there but I need to be close to my mum.’

Massie admits he can be hard to be around: ‘The football, when I was a kid, the work now, it’s 100 per cent escapism.

‘I have compulsive behaviour – I won’t go the gym twice a week, I’ll go twice a day. I’m all or nothing but it’s not without sacrifice. I’m relentless if there’s a problem. I can’t stop until I solve it. I have problems in my own life and I can’t solve them, so I go and solve other ones.’

His latest venture is Vibe Pay, a payments business that re-thinks marketplaces, in the way that Vibe Tickets did with re-sales.

Until legislation changed last year, Vibe Pay wasn’t possible but then ‘open banking’ came in, which means the banks were forced to open up their technical infrastructure and allow third parties to process payments on behalf of consumers, with permission. He’s ready to take on Paypal.

And his personal life continues to drive his business life. He contemplates: ‘I’d love to sort out the payday loans industry.

‘I can’t tell you the amount of my mum has had Wonga sending her letters. These companies prey on the weak.

‘Vibe could help by cutting out the middleman and do it in a transparent and fair way and it’d drive the price down. These are the challenges that I want to solve.’