Need a new job in 2020? Millionaire, 26, is hiring a personal photographer to travel around the world taking photos of him for Instagram – and they’ll be paid $55k a year to do it

An Australian millionaire is offering one lucky person the chance to be his full time personal photographer – and he’ll pay them $55,000 a year for the honour.

Matthew Lepre, who is the founder of Ecom Warrior Academy, is searching for a photo taker to travel across Europe and the United States with him, uploading photos of the 27-year-old to social media.

‘During the past year alone I have managed to grow my business while travelling to UAE, Indonesia, USA, NZ, Italy, France, Spain, Switzerland and Thailand and up until now, have relied on my best friend to be there to take photos on his phone,’ Mr Lepre told FEMAIL.

‘My business has now expanded rapidly and I need my mate, Mitch, to be there to work in other areas so I’m now putting the open call out to the world for someone to be there to fill this role.’ 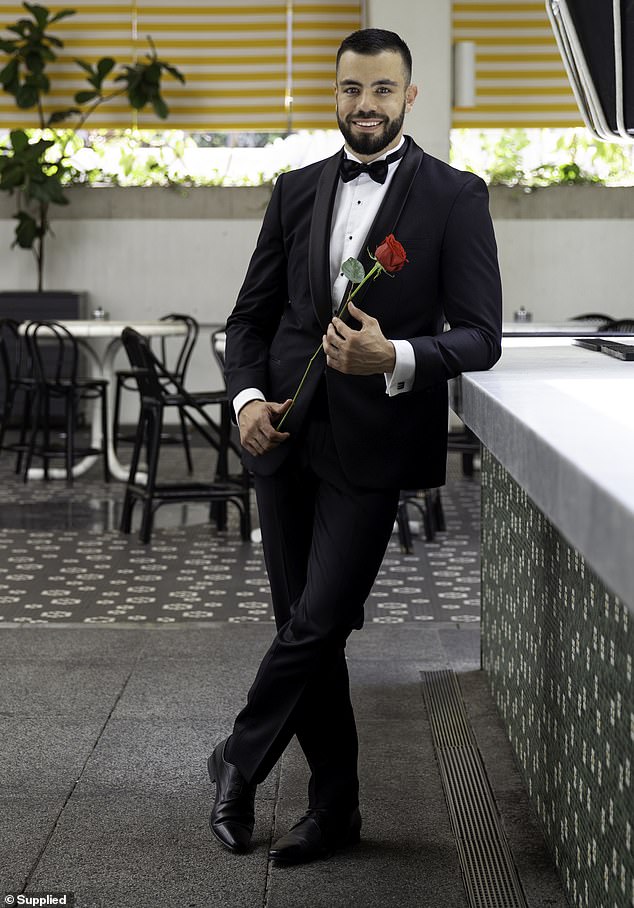 Matthew Lepre, who makes $120,000 a month from four successful e-commerce stores, is looking to hire a personal photographer for $55,000 a year 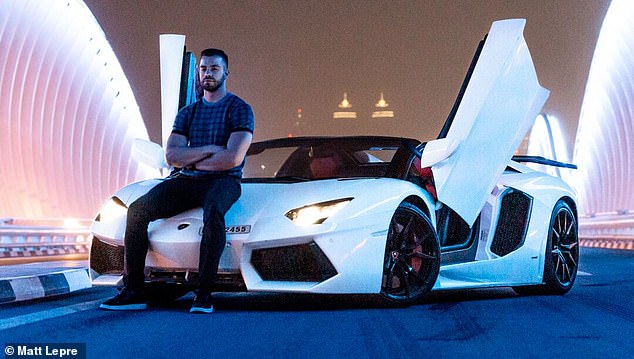 Matthew Lepre, who is the founder of Ecomm Warrior Academy, is searching for a dedicated photo taker to travel across Europe and the United States with him

The employee will need to have a valid passport, be able to travel at a moment’s notice and have an eye for the perfect picture.

“While I’m based in Sydney, my life has become pretty hectic,’ Mr Lepre continued.

‘Just a few weeks ago I was asked by a leading TV station in Milan to come for an interview so had to drop everything and hop on a plane and travel across the other side of the world three days later.

‘The selected person for this role would need to be flexible with their life and be able to join me too, on my crazy schedule that could take me anywhere, anytime.’

All flights and accommodation abroad would be covered by Mr Lepre, but the photographer will be expected to have their own professional gear.

Earlier this year Mr Lepre put out a similar call for a personal assistant, who would be given $52,000 (base rate) a year with similar luxury travel on the cards.

‘It’s crazy. I am still in shock and wonder how they even came past my CV,’ Ms De Assis told News.com.au in October.

She applied for the job by sending her resume and cover letter across in an email, writing ‘Most entertaining PA you will ever have’ in the subject line.

Naturally it caught Mr Lepre’s attention and he decided to offer her a phone interview, before cementing her position in his company in September. 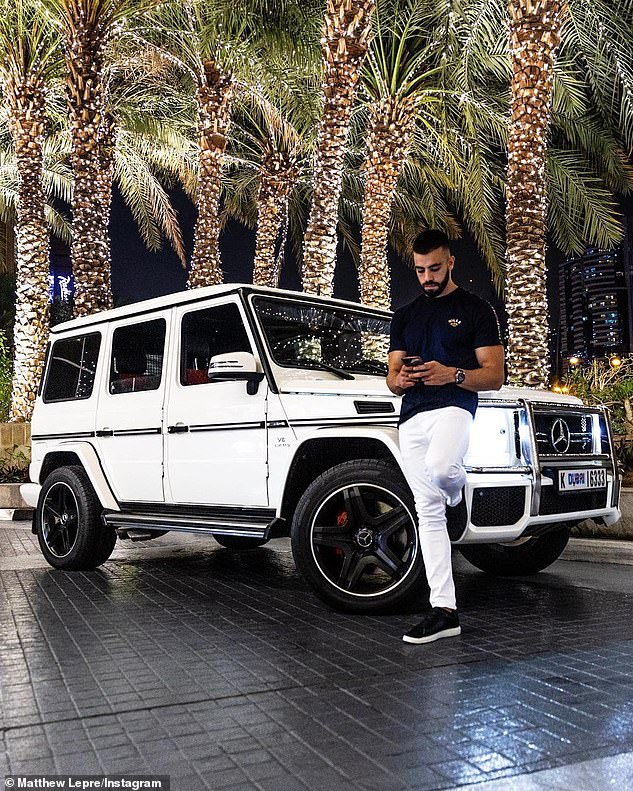 ‘Tyanna has experience working for CEOs and directors and is knowledgeable about social media,’ Mr Lepre said 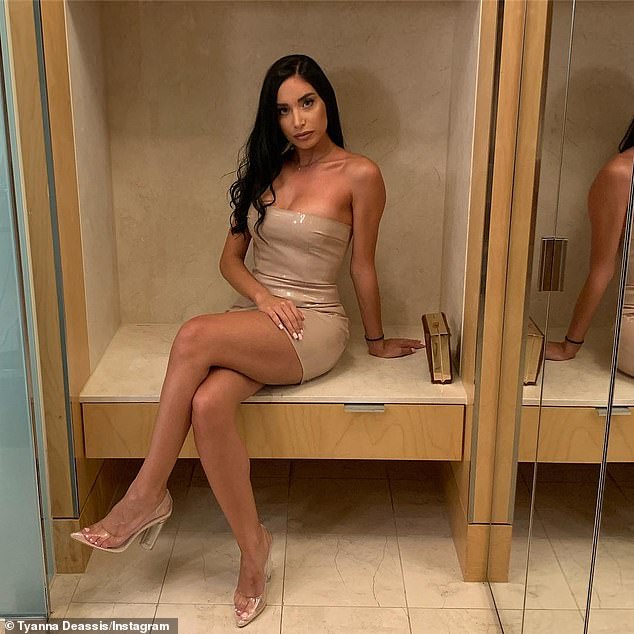 Tyanna has spent much of her life working in public relations and as an office manager, so is used to penciling in appointments and speaking to clients across continents

‘Tyanna has experience working for CEOs and directors and is knowledgeable about social media. She is a perfectionist which is perfect for this role and is detail and task-oriented,’ Mr Lepre said of his new assistant.

She has spent much of her life working in public relations and as an office manager, so is used to penciling in appointments and speaking to clients across continents.

Being the same age as her boss also makes communication easier.

‘The bonus is we don’t get sick of each other – sometimes we have to sit together for nine hours straight – we’re both scatter brains, we jump from one thing to the next, but it works because I am very OCD and I make sure I get everything down,’ she told the publication. 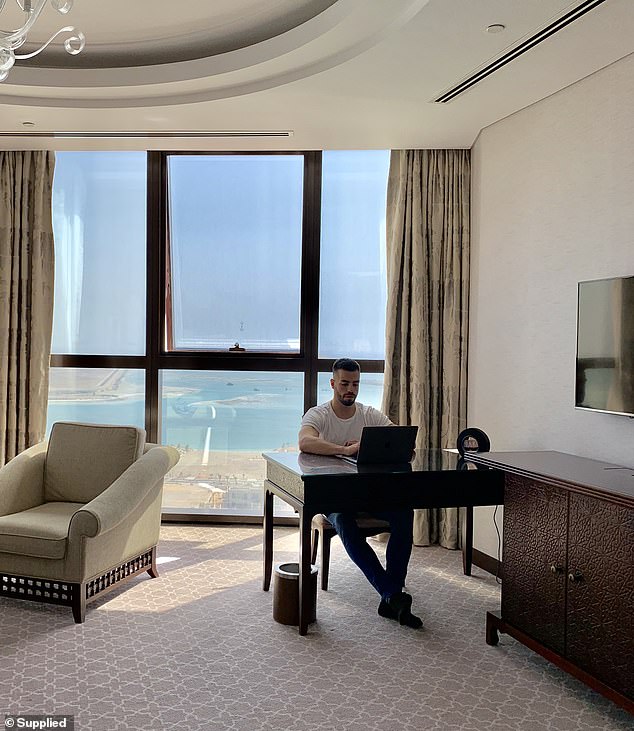 In April Mr Lepre told FEMAIL he had received thousands of interested emails from potential employees, with 75 per cent of them coming from women

What did Mr Lepre want from a PA?

* A down to earth person that wants the job to learn and not so much for the lifestyle.

* This isn’t a 9-5 job. I am not looking for someone who wants regular office hours. The role involves a lot of travelling and therefore normal office hours don’t really apply. However, there are the perks of days off in amazing countries.

* Great at thinking on their feet while on the go. Often days when we are travelling require lots of tasks to be done at once – from confirming travel arrangements to finalising coaching meetings that I have with my clients via Skype – life on the road never stops.

In April Mr Lepre told FEMAIL he had received thousands of interested emails from potential employees, with 75 per cent of them coming from women.

From what he could tell many of the job hunters were millennials (aged between 23 and 37), with the majority being women from Australia, followed by the United States, UK, Italy, South America and Asia.

‘A lot of people who are applying say in their application that they are working the 9-5 rat race and want to escape corporate life and are ready to bring the skills they have learnt to this role, while travelling the world with me,’ he said.

When the job title was first announced Mr Lepre explained how the $52,000 salary his personal assistant would receive was just the beginning. 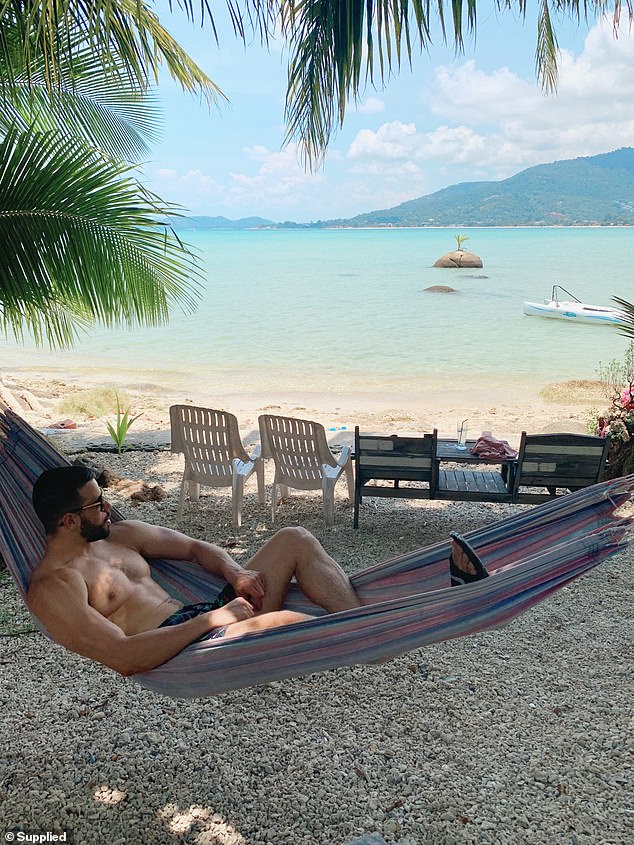 ‘A lot of people who are applying say in their application that they are working the 9-5 rat race and want to escape corporate life and are ready to bring the skills they have learnt to this role, while travelling the world with me,’ he said 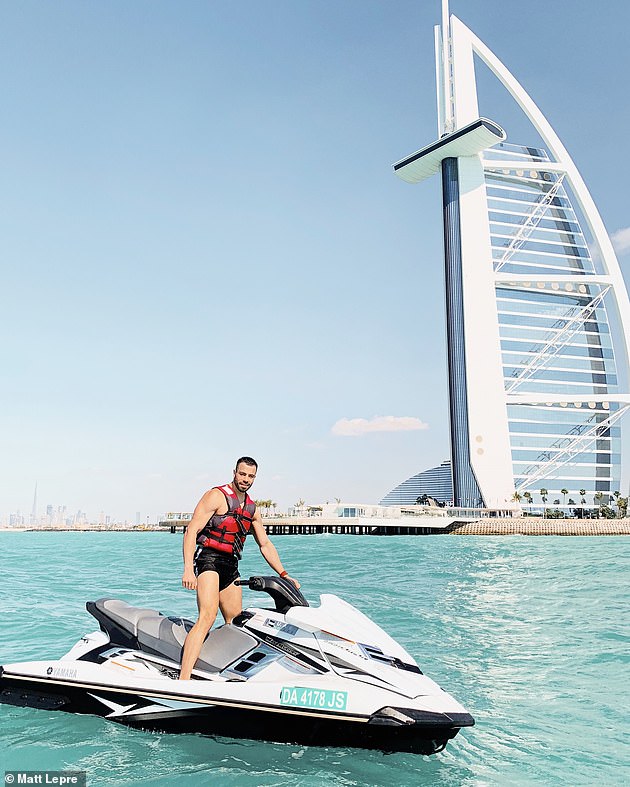 When the job title was first announced earlier this year Mr Lepre explained how the $52,000 salary his personal assistant would receive was just the beginning 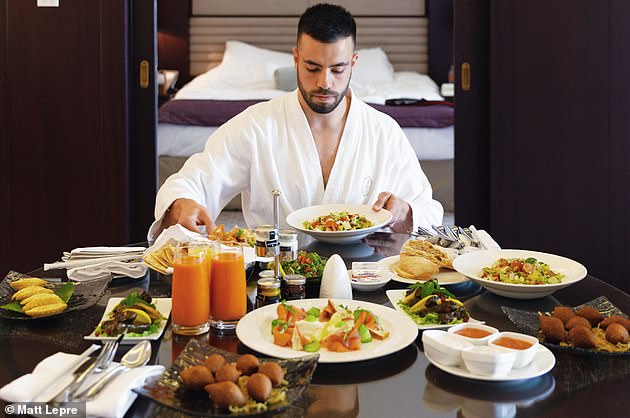 Mr Lepre is an e-commerce mastermind – who makes a cool $120,000 a month – and he says business couldn’t be better

‘Salary will be based on the person’s experience but the base rate is in addition to travel and accommodation expenses. Health insurance benefits are paid for by me separately,’ he said.

The businessman is proof that taking risks can pay off; at 23 he dropped out of uni because he wanted to make it on his own.

Mr Lepre is at the top of his game because of his incredible work ethic.

‘I do a lot of work every day but I operate on a philosophy of work hard, play harder,’ he said. 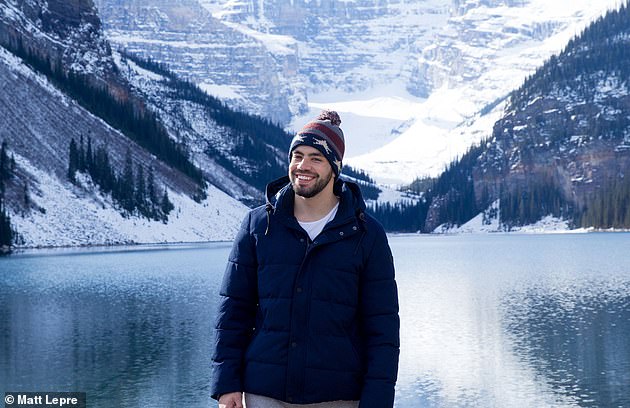 In the past year, Matthew Lepre has spent his time exploring Japan, Dubai, Hawaii 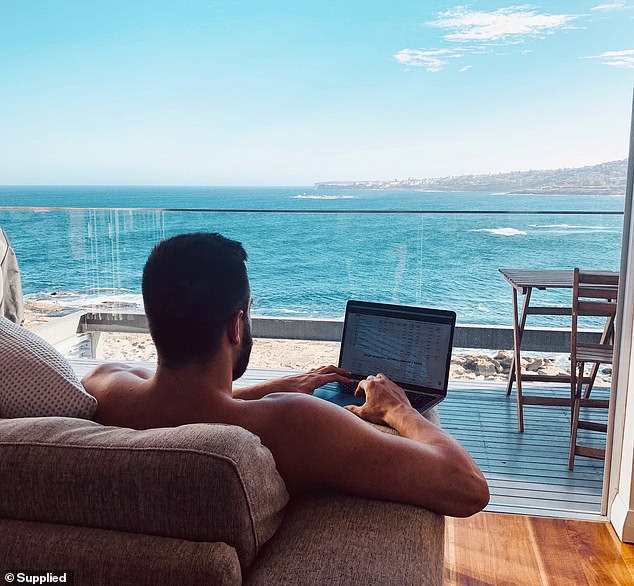 Living the life: Although Mr Lepre looks as if he’s casually relaxing in yet another exotic location, he’s always working hard to drum up new business

‘They would have to be someone who works hard but is also fun and spontaneous.’

He is currently in Sydney working on a new training program to show people how they can make six figures from home – just like he does.

Despite his wealth Mr Lepre will never forget where he came from, explaining that being raised by a single mother in Sydney’s Western suburbs meant he grew up relying on meal drops from The Salvation Army in his youth.

‘Life is always about giving back to those less fortunate than you and I am always thankful to those who supported my mum and I during the dark days when times were tough financially,’ he said.

You can learn more about Matthew Lepre’s work by visiting his website or sign up to be his photographer here.