Life of the party! Miranda Lambert’s husband, Brendan McLoughlin, showed off his rowdy side as he made his music video return for the song “Tequila Does (Telemitry Remix).”

The former police officer, 29, stole the show in Lambert’s newest video, which premiered on Tuesday, August 3. In the clip, McLoughlin is one of the many men featured as eye candy while the Texas native, 37, belted out the lyrics to her summer hit. 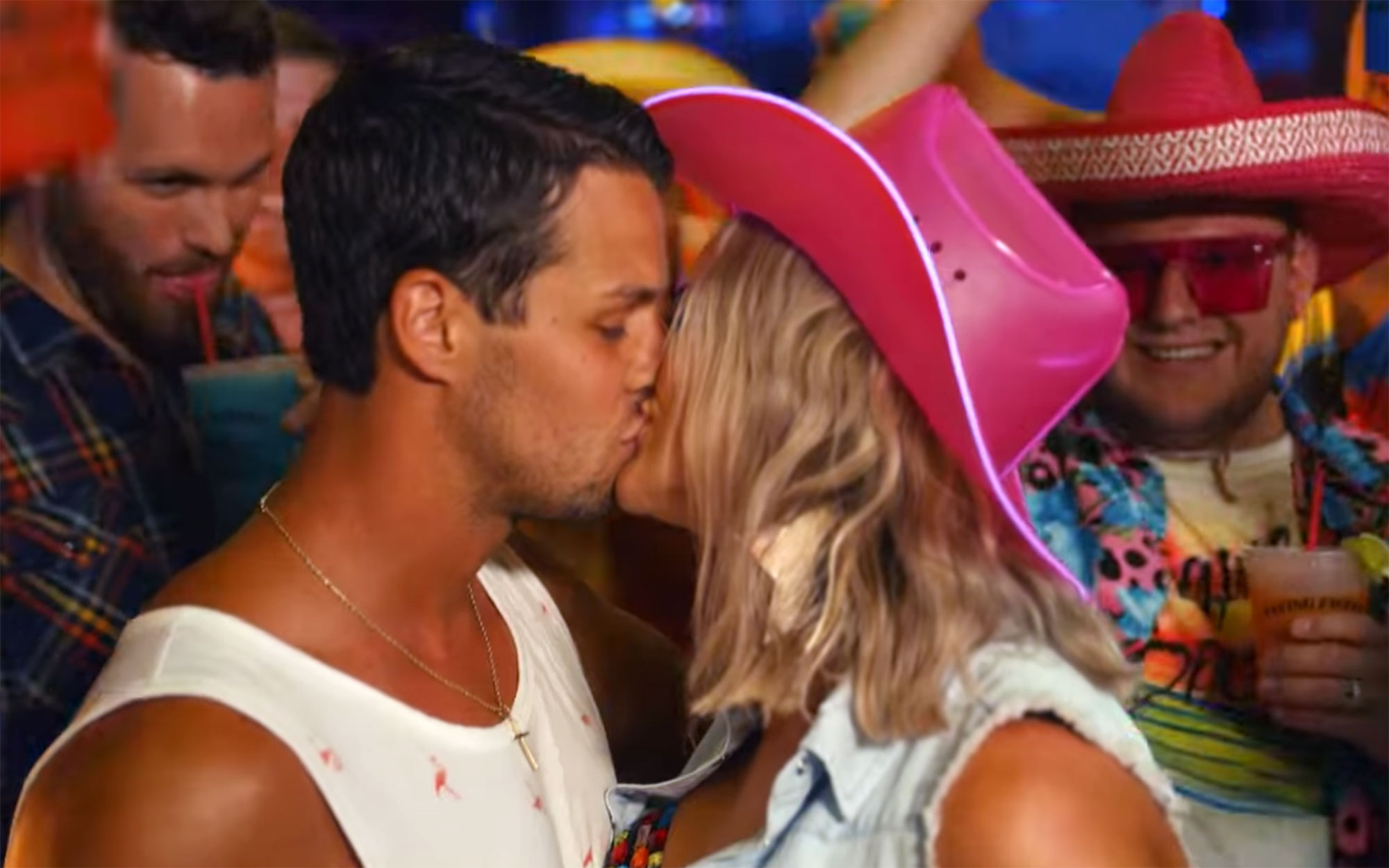 McLoughlin, for his part, started off the shoot by the lake, putting tanning oil on his toned upper body.

“When your cowgirl ropes you in for another video you call in your brothers for backup,” he wrote via Instagram on Tuesday, revealing that his brothers were the two men by his side flexing their muscles.

Lambert, on the other hand, wore a pink, checkered swimsuit cover while holding a tequila-filled cup by the pool to kick off the video. She then switched into a pink, fringe top and jean shorts to hand out tequila shots and flirt with her husband.

The group eventually took the party to the back of a tractor bed where McLoughlin showed off his dance moves wearing only his blue and pink strip trunks.

The “Bluebird” songstress later joined her man for a little dance session as they sashayed back to the party, which included a DJ and full bar. The partygoers kept the fun going as they drank tequila out of The Pink Pistol cups, which is the name of Lambert’s boutique located in Lindale, Texas.

The musician added a pink cowboy hat to her wardrobe and changed into a rainbow jeweled corset top, denim skirt and pink boots once night fell. She topped off her look with a holster on her hip holding tequila.

McLoughlin again drew attention to himself when he joined the group for a choreographed dance before doing a backflip into the pool. The video ended with the couple sharing a tequila-filled kiss.

The New York native, who married the songstress in 2019, made his music video debut in October 2020 when he portrayed his wife’s love interest in the “Settling Down” clip.

“I think we understand why we had him in my video,” Lambert told her fans during a live Q&A at the time. “Because he’s really pretty and I needed a video babe and he was there, so I mean, it just worked out.”

The Grammy winner revealed that her “favorite part of filming” the fairy tale-inspired video was watching McLoughlin “come to life on camera” and really lean into the part. “It was his video debut and he’s so sweet and humble about it, but he really killed it, so that was fun to watch,” she said.