Kevin Spacey is back … apparently. The actor shared a video on YouTube on Monday, December 24, hinting at a possible return. Titled “Let Me Be Frank,” the 59-year-old channeled his House of Cards character, Frank Underwood, in the video, speaking directly to the camera while standing in the kitchen wearing a snowman-covered apron.

“I know what you want. Oh sure, they may have tried to separate us but what we have is too strong, it’s too powerful. After all, we shared everything, you and I; I told you my deepest darkest secrets,” he began. “I showed you exactly what people are capable of. I shocked you with my honesty. But mostly, I challenged you and made you think, and you trusted me even though you knew you shouldn’t. So, we’re not done no matter what anybody says. And besides, I know what you want. You want me back.”

He remains in character as Frank throughout the video, but it’s easy to see the parallels to his real-life situation. Spacey was written off the show (his character was killed) following multiple allegations of sexual misconduct in 2017. He apologized on Twitter in one statement in October directed to actor Anthony Rapp, who accused Spacey of trying to “get with [him] sexually” 30 years prior. “If I did behave as he describes, I owe him the sincerest apology for what would have been deeply inappropriate drunken behavior, and I am sorry for all these feelings he describes having carried with him all these years,” he tweeted. 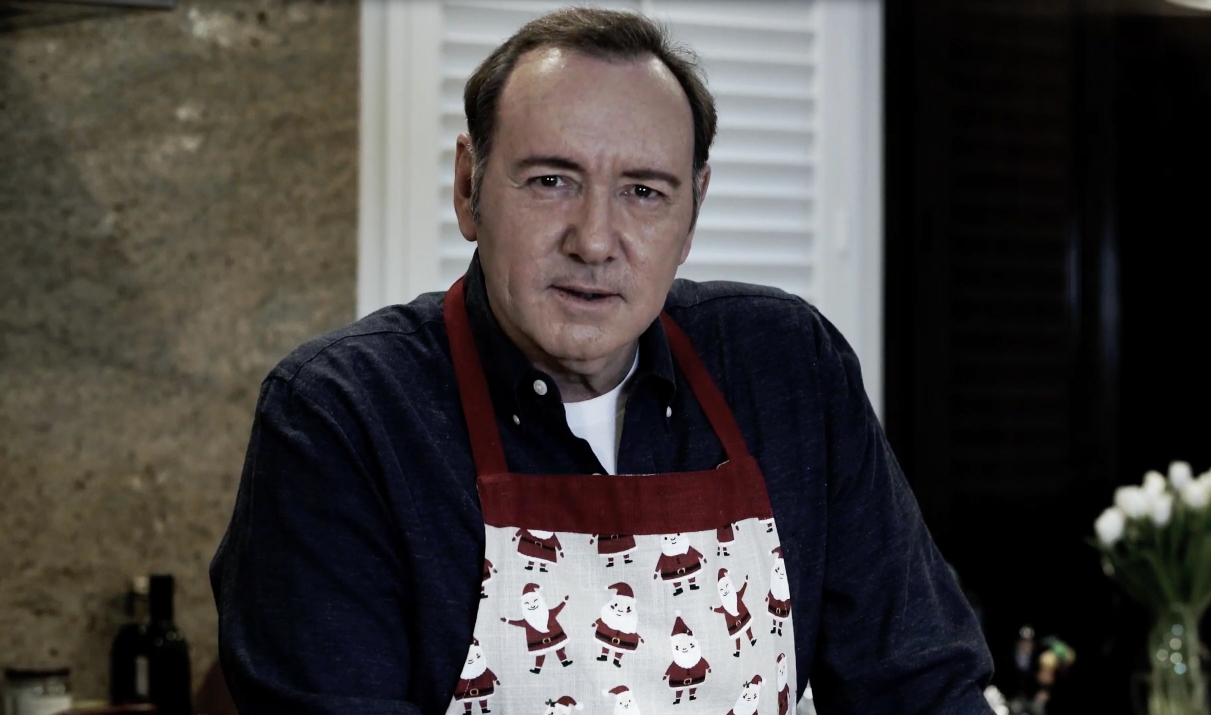 The claim was followed by more allegations. Us Weekly broke the news that he entered sex rehab shortly after in November 2017; he has not been seen since.

Hours before the video was posted, The Boston Globe broke the news that Spacey will face a felony charge for allegedly sexually assaulting the then 18-year-old son of former Boston WCVB-TV news anchor Heather Unruh. Spacey will be arraigned on January 7, 2019. The alleged assault in question took place at a bar in Nantucket in July 2016.

In the video, the Golden Globe winner seemingly commented on the allegations – as Frank. “Of course, some believed everything and have just been waiting with bated breath to hear me confess it all. They’re just dying to have me declared that everything said is true and that I got what I deserved,” he said. “Wouldn’t that be easy if it was all so simple? Only you and I both know, it’s never that simple – not in politics, not in life.”

He continued: “But you wouldn’t believe the worst without evidence, would you? You wouldn’t rush to judgements without facts, would you? Did you? No, not you. You’re smarter than that. Anyway, all this presumption made for such an unsatisfying ending. And to think, it could have been such a memorable sendoff. I mean, if you and I learned nothing else these past years, it’s that in life and art, nothing should be off the table. We weren’t afraid, not of what we said, not of what we did and we’re still not afraid. Because I can promise you this, if I didn’t pay the price for the things we both know I did do, I’m certainly not gonna pay the price for I didn’t do. Oh of course, they’re gonna say I’m being disrespectful not playing by the rules, like I ever played by anyone’s rules before. I never did and you loved it.”

Midway through the following statement, Spacey placed Frank’s ring back on his finger. During the final season of House of Cards, Frank was buried with his class ring – but it later reappeared on his bed.

“Despite all the poppycock, the headlines, the impeachment without a trial, despite everything … despite even my own death, I feel surprisingly good and my confidence grows each day that soon enough, you will know the full truth,” he stated. “Wait a minute – now that I think of it, you never actually saw me die, did you? Conclusions can be so deceiving. Miss me?”