A lost cat has been reunited with its owner after six years.

Mini Max, a gray and white cat with striking yellow eyes, managed to climb through a loose window screen from his Massachusetts home in August 2015 and remained missing until he crossed paths with a vet who finally checked his microchip in July 2021.

His owner, Margaret Kudzma, 57, told Fox News she felt “incredibly happy, grateful and relieved” when he was returned to her.

“I cried when I first received the call that he had been found,” Kudzma said. “I hoped and prayed he would find his way home.” 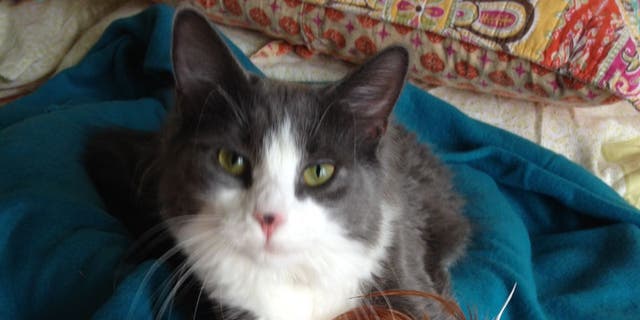 Mini Max, 7, was returned to Margaret Kudzma. The cat went missing after he crawled through a loose window screen in 2015 from his home in Peabody, Mass.
(Margaret Kudzma)

She went on, “I was never able to forgive myself for him pushing through the window screen. I deeply grieved his loss. He vanished into thin air.”

Kudzma didn’t wait on the sidelines for Mini Max’s return either.

She actively searched for the feline and even turned the Facebook page she started for Mini Max into a nonprofit humane organization that’s known as The Rescue Business in Peabody, Mass.

The Rescue Business is dedicated to protecting and caring for homeless cats while also providing support to their caregivers, according to the organization’s mission statement.

“My desperation to find him led to an unimaginable journey. I met dozens of people, who out of the goodness of their hearts, spend countless hours rescuing and caring for stray and feral cats,” Kudzma told Fox News. “They helped me hand out flyers, hang posters, and search neighbors‘ yards.  We set up feeding stations and night vision cameras in areas where sightings were reported.” 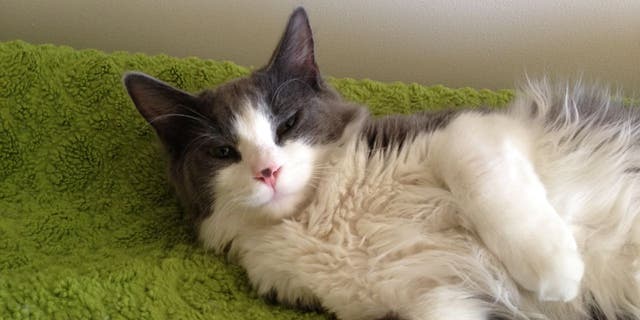 Margaret Kudzma tells Fox News she was "never able to forgive" herself after her cat Mini Max pushed through her window screen in 2015. She was finally reunited with him after six years.
(Margaret Kudzma)

Kudzma even used unconventional methods like recruiting a search dog and contacting a pet psychic.

Dozens of local cats were helped while Mini Max remained lost, Kudzma said, which she called a “silver lining.”

Her organization, The Rescue Business, provides shelter and food to outdoor cats in need. Many of their rescue efforts have been documented on the organization’s Facebook page.

While Kudzma said she utilized social media, ran newspaper ads and sent flyers to local vets and other pet organizations to try and find Mini Max, he remained missing until she received a call from a vet at the VCA Wakefield Animal Hospital. 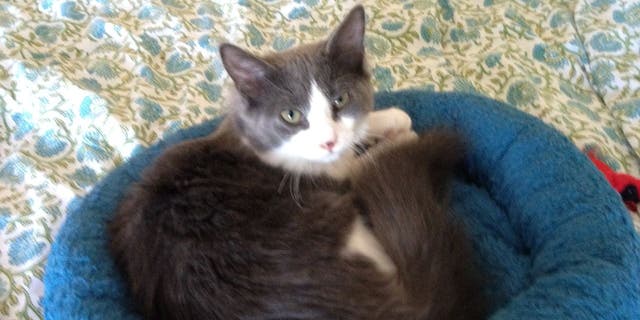 Mini Max, who went missing in August 2015, found his way to his original owner’s home after a vet finally checked his microchip in July 2021.
(Margaret Kudzma)

Mini Max had been brought in by a family who lived in Revere, a city that’s roughly 10 miles away from Peabody.

When Mini Max went missing from Kudzma’s home, he was roughly a year and four months old. Now he’s 7-years-old (and three months).

“Mini Max’s disappearance brought together a community of cat lovers and rescuers and saved countless lives of cats,” Kudzma said.