Dahlia Rezik was a mom of a toddler living in snowy, cold New Hampshire when she came up with an idea that is now helping parents across the country.

Rezik, 44, said she had her big idea on a day when she was feeling “really defeated” that she couldn’t get her daughter Yasmine, now 20, to take off her winter coat in order to get into her car seat.

“When I calmed down, I thought about it again and realized if the zipper wasn’t in the middle of the jacket, this wouldn’t be a problem,” said Rezik, now a mom of three in Londonderry, New Hampshire. 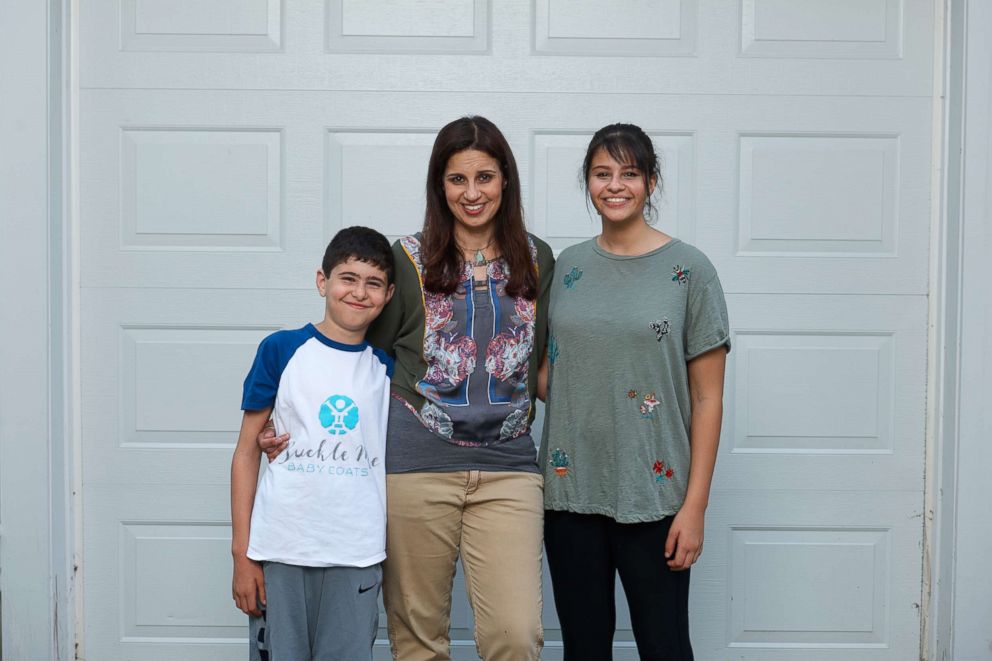 Rezik faced the same dilemma as all parents in cold weather areas — wrangling their child into a car seat, then into a coat when they get out of the car and out of the coat when they get back into the car. Car seat safety advocates recommend that children not wear anything thicker than a sweatshirt in a car seat in order to keep the harness straps close to their bodies.

Unable to find any coat company that made specially designed kids’ coats, Rezik took her own children’s coats apart and moved the zipper to the side, allowing fabric to be moved out of the way of the harnesses.

She didn’t think anything more of her invention until three years ago when she saw a mom struggling who reminded her of herself as a mom of young kids.

“It was a gross, slushy kind of day and the blanket the mom used for the kid in the car seat was dragging in the mud,” Rezik said of the scene she witnessed in a parking lot. “And the mom had that same defeated look I had so many years ago.”

(MORE: Car seat safety guidelines: What parents should know about installation, buckling up and more)

Empowered by social media, Rezik found someone who could make a prototype of the jacket she designed. She then found a lab in Michigan where she took the jacket to have it crash tested. 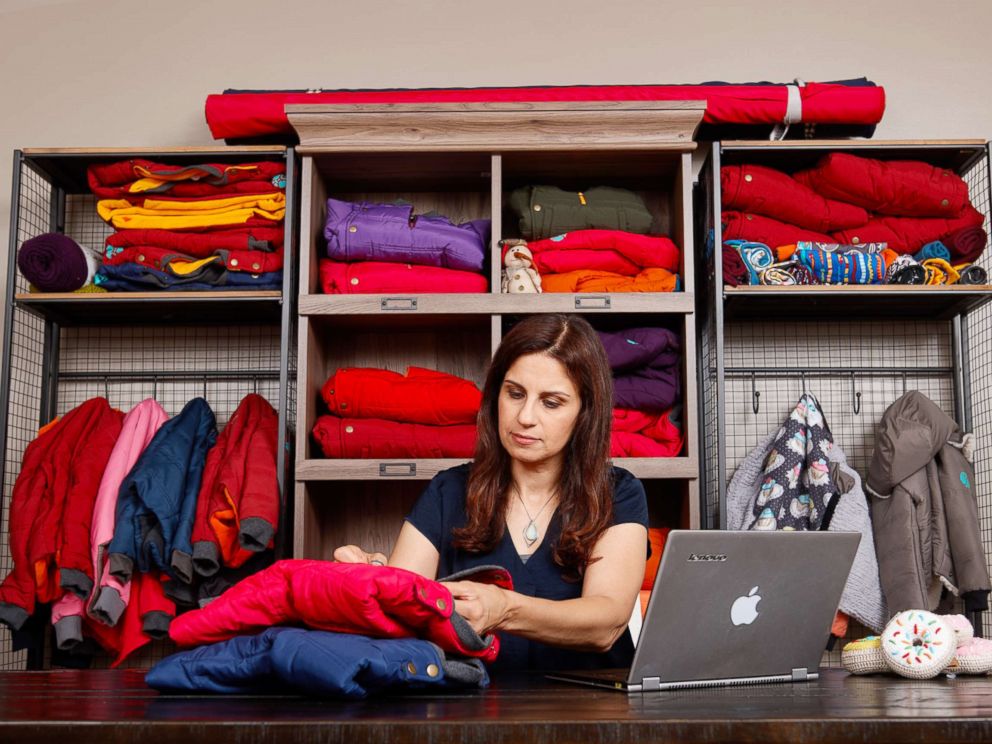 “What I wanted to do was have the coat perform as similarly to no coat as possible, and that’s what it did,” said Rezik, who had the coats tested by Intertek and said they are compliant with the Consumer Product Safety Improvement Act (CPSIA).

Rezik, a mental health counselor who runs her own private practice, used her design to create her own company, Buckle Me Baby Coats.

The coats, ranging in price from $79 to $150, open along the side so there is a front panel that can be removed. The coats also open along the shoulder seams, which are set back so the front panels can be pulled aside, allowing the car seat harness to sit directly on the child’s chest and shoulders. 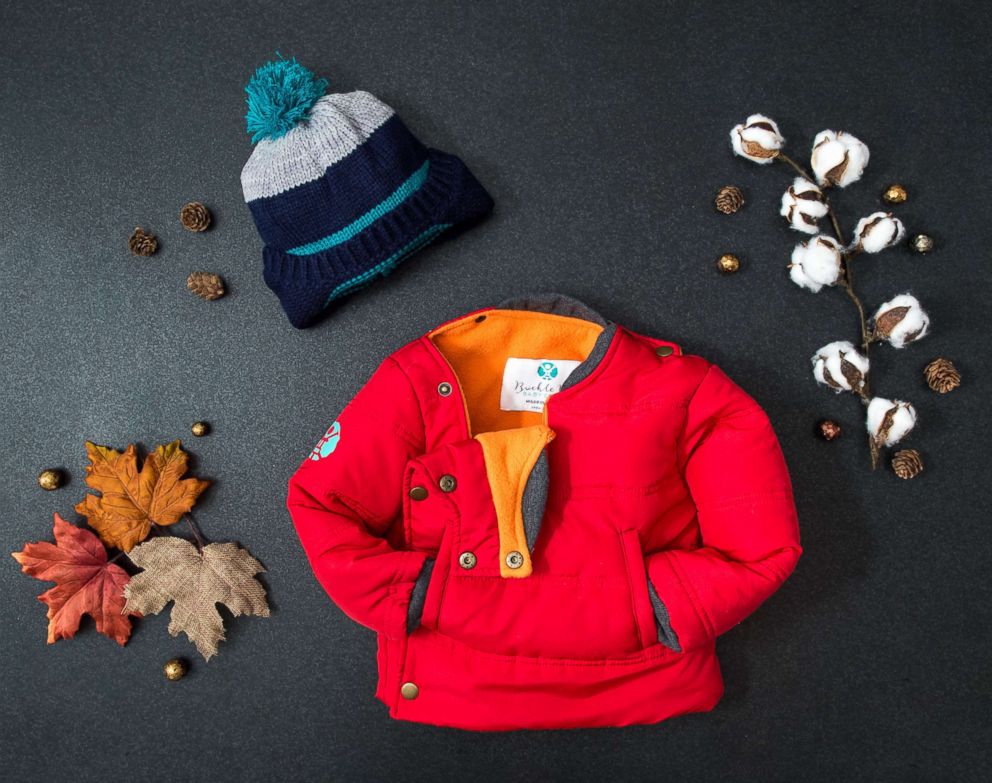 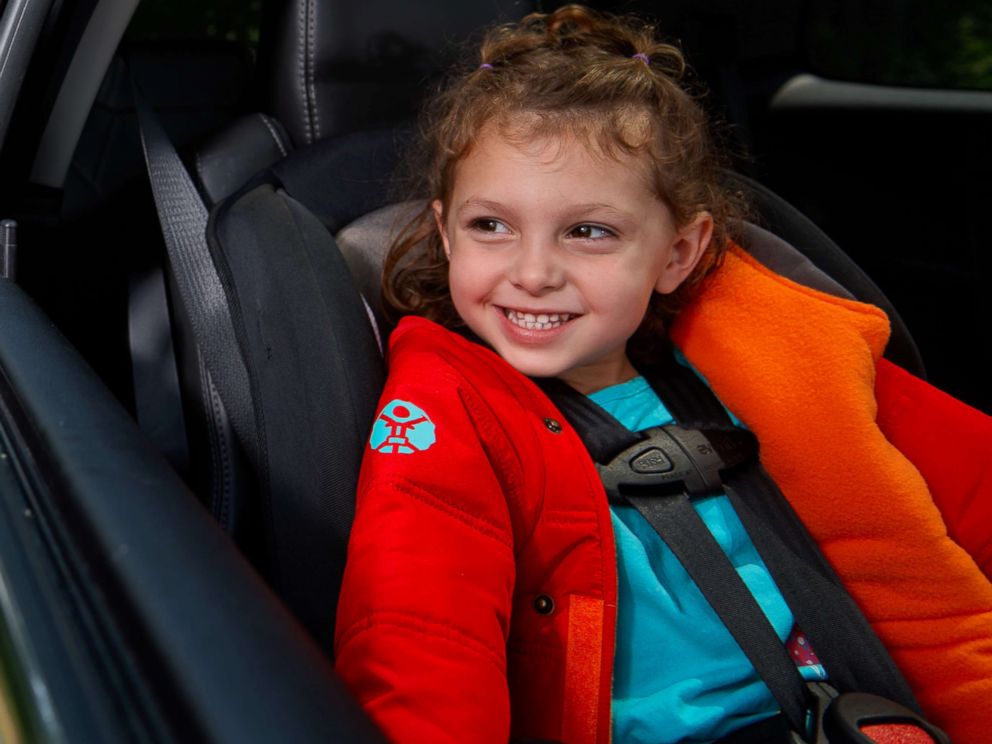 Rezik posted a video of her nephew wearing her coat design on Facebook in December 2016 that drew so much interest she launched a Kickstarter campaign just a few months later.

She started selling the coats, which come in children’s sizes ranging from six to nine months to size 14, online in September 2017.

Rezik runs the company out of her home with help from her two younger children, a 16-year-old daughter and 10-year-old son. They call Buckle Me Baby Coats their mom’s “fourth child,” according to Rezik. 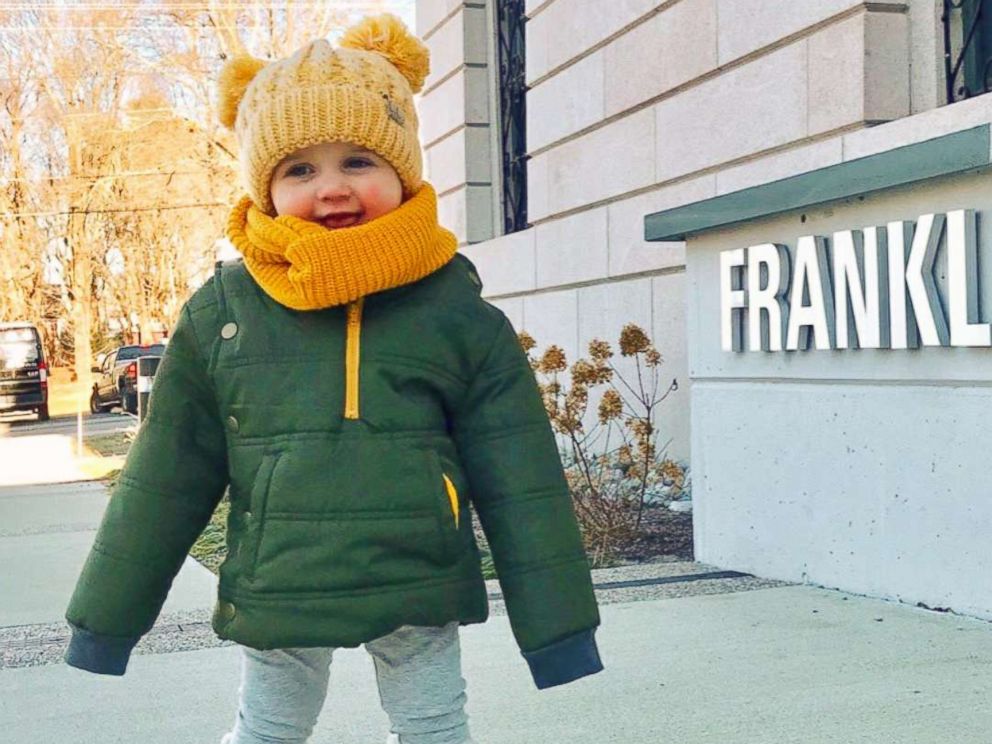 Like Rezik, two other moms also formed companies that make car-seat adaptable coats for kids, One Kid and 7 A.M. Enfant.

(MORE: ‘I saved recess’: Girl in wheelchair can stay warm outside thanks to mom’s invention)

“They’ve all seen a need for it with their own kids,” said Dr. Alisa Baer, a New York City-based pediatrician and co-founder of The Car Seat Lady, who added that the car seat-adaptable coats are best for short drives, like to the local grocery store.

“If the drive is going to be long and you’re going to be turning up the heat and taking off your own coat, then you want to make sure that your child is dressed in a way that they can be comfortable,” she said. “You have to use your judgment.”

Baer said parents can also outfit their children in layers — she recommends a short sleeve shirt, long sleeve shirt, hoodie/sweater, tight-fitting fleece jacket — to wear in a car seat. After the child is buckled snug, they can also wear their coat backwards, with their arms and chest covered, in the seat.

“If the child is wearing a coat, parents need to ensure that coat is safe for the car seat,” said Baer. “Which means the straps do not have to be tightened even a little bit if the child were to remove the coat.”

The key factor is that parents make sure the car seat straps are snug. Most kids, in both winter and summer, are riding in straps that are too loose, according to Baer.

Pop sensation Billie Eilish is the first solo female artist to ever top the Hottest 100, after her hit Bad Guy came in at number…