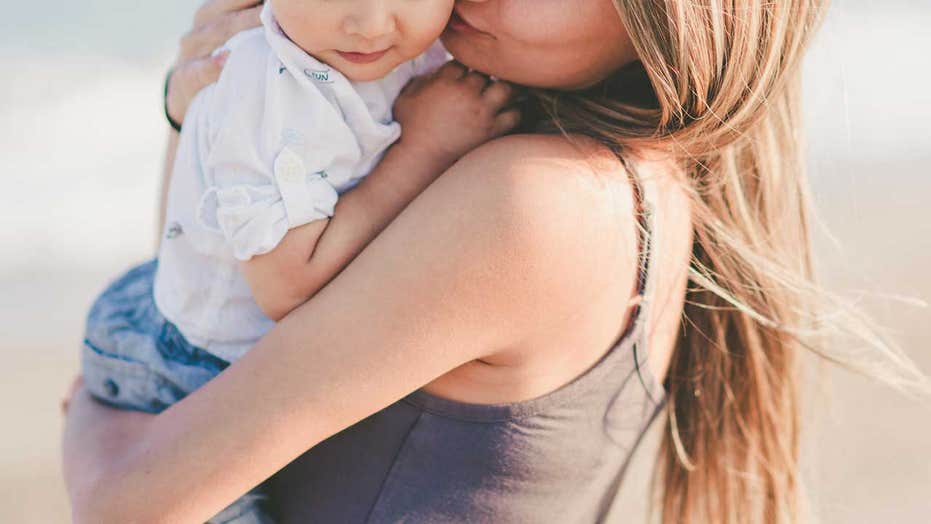 A mom from Canada has had it with people telling her to quit "babying" her son — and she tells Fox News the response has been amazing.

Caitlin Fladager, a writer and Instagram personality from British Columbia, has so far earned over 15,000 likes for a post explaining why she’s fed up with critics who take issue with her parenting style.

“I’m so tired of being told I ‘baby’ my son,” she begins the post, which features a picture of Fladager and her 4-year-old boy.

“Ever since I had him, he’s been a momma’s boy. Now, with him being four, he gets hurt? He runs crying for mommy. He’s sick? He wants all the mom cuddles. He’s overtired and fighting his sleep? I’m climbing into bed with him until he calms down,” she writes.

“I’m constantly told I need to let him ‘be a man.’ Or let him learn he can’t cry. Well, I’m here to tell you, that’s a load of s—,” she ultimately claims.

Fladager, also mom to a little girl, goes on to explain her intentions to ignore anyone who critiques her parenting — and especially those who would shame her son for being “weak.”

“He is my child. He is not ‘weak’ or less than for showing emotion and needing me. I am raising him to know men can cry too. Men can have needs too. Men can get overwhelmed too,” she wrote.

“Maybe if tearful little boys were comforted instead of shamed, we wouldn’t have so many men struggling to emphasize[sic] with emotions,” she suggested.

Since sharing her post four days ago, Fladager’s message has struck a chord with followers, many of whom praised her stance.

“I love this,” one wrote. “Nobody would tell you to stop babying your daughter. Treat boys and girls the same!”

“Thank you thank you thank you!” another said. “You’re dispelling so many myths on what a ‘good mom’ is. I love that you share the ups and downs and all arounds of being an unapologetically great parent.”

Fladager, an Instagram personality with more than 260,000 followers on the platform, has also earned praise on social media for previous posts detailing her struggles with anxiety, her post-baby body, and her defense of using marijuana. She tells Fox News that this particular post, too, has really helped her realize how much support she gets from followers.

"The response has been great," she said. "A lot of moms have gone through the same thing as me, as it’s great to hear I’m going in the right direction."