The premiere of Moon Knight is almost here, and fans are excited to see this new side of the Marvel Cinematic Universe. And in the weeks leading up to the Moon Knight premiere, Oscar Isaac previewed what fans can expect to see from Marc Spector and Steven Grant.

Most people associate Moon Knight with Marc Spector. But the Marvel Disney+ series will begin with Oscar Isaac as Steven Grant. Isaac plays both Marc and Steven in the show.

The synopsis for Moon Knight reads, “Mild-mannered Steven Grant has dissociative identity disorder and shares a body with a mercenary.”

As most fans of the vigilante know, Marc is a mercenary who almost died at the feet of the statue of the Egyptian moon god Khonshu. The god revived him, but as a price, Marc was to live out the rest of his days protecting people as Moon Knight. Marc also develops dissociative identity disorder, and his other identities include Steven, Jake Lockley, and Mr. Knight.

As seen in the Moon Knight trailer, Oscar Isaac starts the show as Steven. But he later learns the truth about who he is and who Marc is.

During an interview with USA Today, Oscar Isaac teased Marc and Steven’s personalities in Moon Knight.

The actor said Steven is an “English bloke who is a bit confused and doesn’t have great social skills and says the wrong things at all the wrong times and is completely sincere.” Isaac added Steven is “someone longing for connection, and in a way, could be a counterpoint to the classic, tortured, dark vigilante guy we’ve seen a lot.”

As for Marc, Isaac shared, “I leaned into this Chicago guy who’s pushing people away. You feel the way that Steven feels: ‘Why is he such a (jerk)? I don’t really want to be around him.’ As the story progresses, you see that thaw happen.”

So, according to Oscar Isaac, Marc and Steven don’t get along at first in Moon Knight. But over time, they’ll begin to warm up to one another. 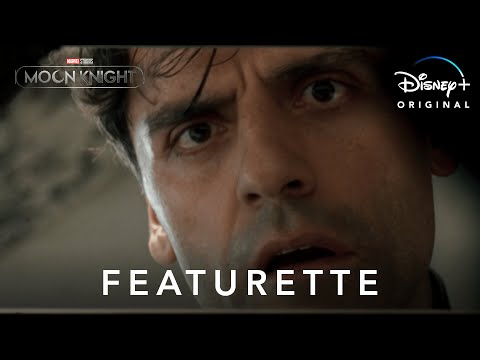 Slater said, “Whatever we’re putting out there in the universe has to be ultimately good and uplifting and have a positive message about mental health.”

Oscar Isaac added that it was important that Moon Knight feels “experimental” and is “quite true to the psychological horror of not knowing what’s happening and the slow revelations of the truth.”

“It’s amazing that the brain has this survival mechanism, this way to cope,” Isaac concluded. “At a very young age, if you’re going through sustained horrible trauma and abuse, something that can happen in order for one to survive is the brain splits into an alternate personality that has no idea of what’s happening. Otherwise, you die because it’s just so awful. And that is its own incredible, kind of beautiful superpower.”