Jakarta: Scott Morrison's cabinet is due to discuss whether Australia's Israeli embassy should move from Tel Aviv to Jerusalem at a meeting in Melbourne on Tuesday.

The decision on the embassy move is being closely watched by senior figures in the administration of Indonesian president Joko Widodo, who are in regular contact with Australia's ambassador to Indonesia, Gary Quinlan.

Last week, Foreign Minister Marise Payne met her Indonesian counterpart Retno Marsudi on the sidelines of a conference in Bali to discuss the issue – though both women were tight-lipped about the details of the discussion after the meeting.

A member of the Morrison cabinet told the Herald and The Age on Sunday that Tuesday's meeting was likely to be the last full cabinet get together before Christmas and that a discussion – and a decision – was likely.

"There needs to be a practical and pragmatic approach to this, we don’t want to upset trading partners like Indonesia," the cabinet minister said. 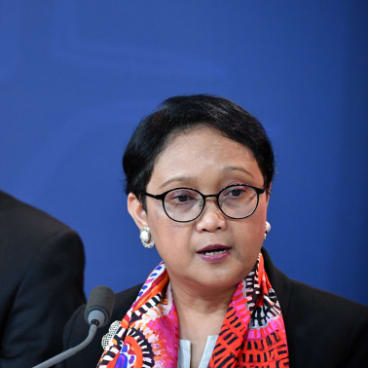 "But we also need to not look like we are second-guessing what we announced [a possible move of the embassy] during the Wentworth byelection. Compromise is the best option here."

Once a decision is taken by the cabinet a public announcement is expected soon afterwards.

That compromise approach could see, for example, the Morrison government establish a consular presence in Jerusalem, or the announcement of an intention to move the embassy once other pre-conditions relating to the Israel-Palestine peace process are met – or even a combination of both of these options.

The prospect of a total backdown on the proposal – which would preserve the status quo – is considered unlikely at this stage.

Mr Morrison has promised a decision on the move – which has angered majority-Muslim Indonesia, Malaysia and nations in the Middle East, while also causing the the signing of the Indonesia-Australia free trade deal to be delayed – before Christmas.

Indonesia's influential Coordinating Minister for Maritime Affairs, Luhut Pandjaitan, last week said he was still confident the free trade deal would be signed by the end of this year – despite the diplomatic brouhaha over the embassy issue.

Mr Morrison's department, Prime Minister and Cabinet, is leading the review process rather than the Department of Foreign Affairs. However, DFAT, Defence, the Attorney-General's department and security agencies such as the Office of National Assessments and spy agency ASIO are also providing advice to the review.

And in a sign of how diplomatically and politically sensitive the issue has become both in Canberra, and among Australia's trading partners such as Indonesia, Mr Morrison has also sought out the advice of "wise elders" including former Defence and DFAT boss Dennis Richardson, and former Australian Defence Force chief Sir Angus Houston.

The prospect of the embassy move has triggered small protests outside the Australian embassy in Jakarta, though at least some of those protesters were paid to turn up, didn't know what they were protesting against and were linked to the campaign to re-elect Mr Joko as president in April.