The "sweetheart steak" will be prepared for you by a butcher at the supermarket and is just about big enough to feed two people. The Valentine's steak is made from rib-eye and is perfect for sharing, which could help to get your date in the mood.

The steaks are only available at the supermarket's butcher counters, which means they're not available online sadly.

But that does mean you can ask for whatever size steak you want to pay for.

Morrisons said the average size of one of the sweetheart steaks for two will be about 10oz, or 280g, but cuts will vary. 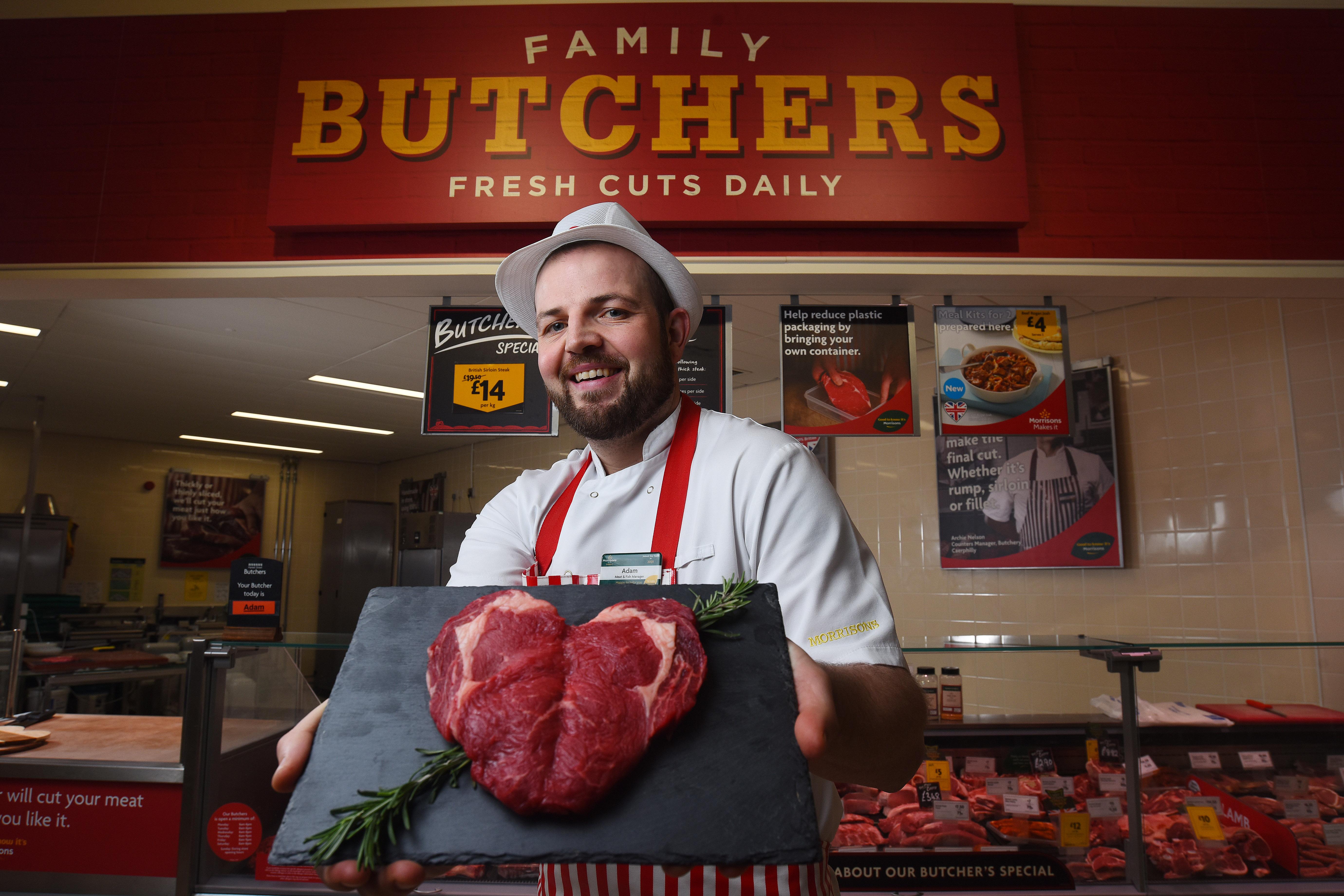 It's more expensive than some of the other cuts the supermarket sells, but you're paying a premium for the novelty and romance factor.

You don't get much meat for your money though, as supermarket usually sell fillets intended for one person that weigh about 225g.

The heart-shaped steaks are on sale now until Saturday, so if you want to woo your other half with one, make sure you head down to your local branch before then.

If you want to save some money, there are cheaper cuts on offer.

The supermarket's cheapest rib-eye costs £4 for 225g, which could feed two if you don't mind having a tiny portion.

To save even more money, Morrisons also has a deal on for two 250g rump steaks for £5, which makes them just £2.50 each – and you get much more meat for your money.

Two would be more expensive than Morrisons' sweetheart steak at £6, but you would get 340g of meat instead of 280g on average.

There are 493 Morrisons shops in the UK. Find your nearest branch using its online tool.

Morrisons is also selling rainbow roses for Valentine's Day – but they cost £4 per flower.

Its romantic meal deal this year costs £15 – and it includes a three-course meal and a bottle of wine.

Find out how Morrisons' meal deal compares to three others after we put them to the test.