Mother reveals how her son, 5, with albinism became a Primark model after his ‘striking’ looks drew praise when she shared his photo on a local Facebook group

A British mother has revealed how a chance Facebook post led to her son becoming a Primark model.

Other users immediately noticed the ‘striking’ looks of her five-year-old son Elijah, who is of British and Nigerian descent but has light skin and white hair because of his albinism. 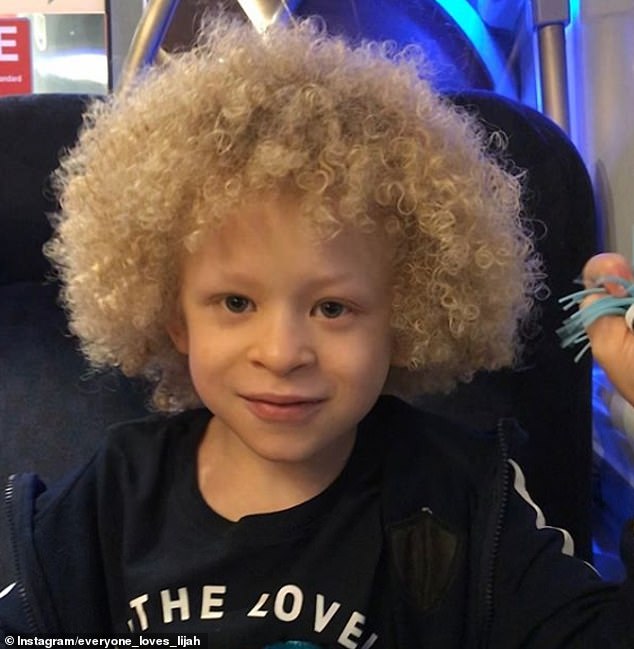 Lucy Dawes, of the West Midlands, posted a photo of her children baking on a local Facebook group. Users immediately noticed the ‘striking’ looks of her five-year-old son Elijah, pictured, who is of British and Nigerian descent but has light skin and white hair because of his albinism 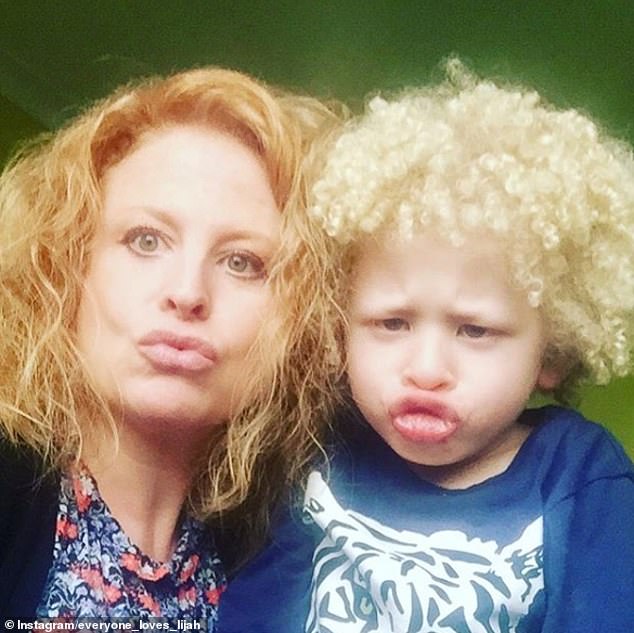 Mother Lucy said people had often mentioned Elijah should be a model but that she had never seriously considered it. Pictured, the mother and son in a playful selfie

‘People have said ever since he was really small that he should be a model because he does look really striking, but you don’t think anything of it,’ Lucy told Metro.co.uk

She continued: ‘I posted the picture and lots of people said “aren’t they cute” but one lady said: “I hope you don’t mind me saying this but I think your little boy could be a model.”’ 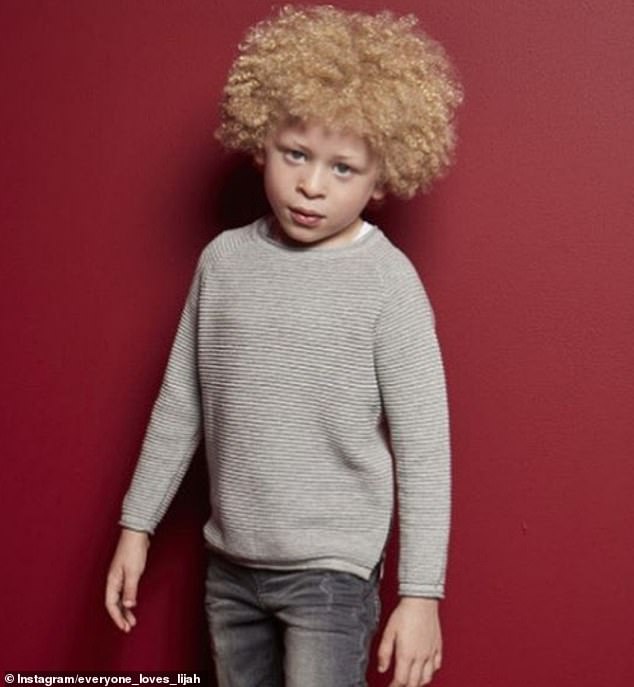 Elijah has since signed to a modelling agency and is now the face of Primark’s childrenswear range, pictured. She said the experience has given him a newfound sense of confidence 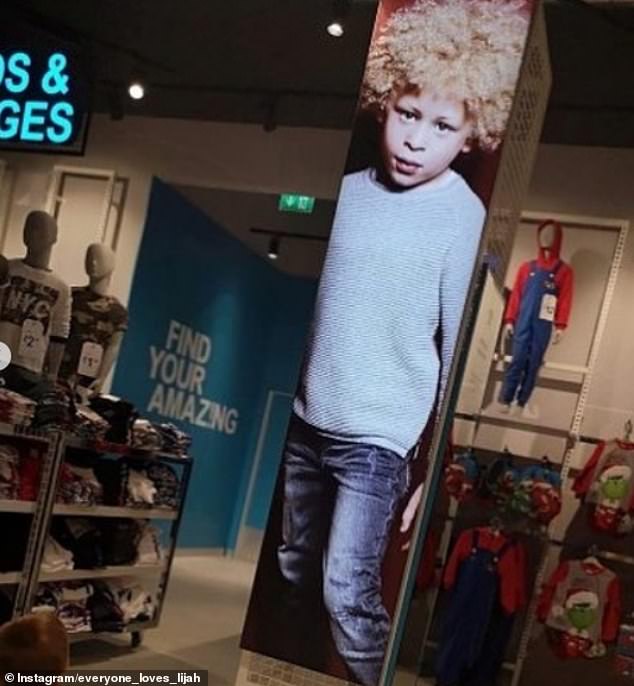 The photographs are now on display in some Primark stores as part of the Primark kids campaign, pictured

Lucy responded that a lot of people said that, but the woman suggested several modelling groups to follow on Facebook for advice.

WHAT IS OCULOCUTANEOUS ALBINISM?

Affected individual typically have very fair skin and white or light blonde hair. It also reduces the pigmentation of the coloured part of the eye – the iris – and the light sensitive tissue at the back of the eye – the retina.

People with the condition usually have vision problems such a reduced sharpness, increased sensitivity to light (photophobia) and involuntary eye movements (nystagmus).

Lucy decided to do some research to see if it would boost her son’s confidence and, after some advice from the groups, began sending her son’s photographs to agencies.

From there, Elijah was signed by Zebedee management and, having done some smaller jobs, they were approached by Primark to see if he could appear in their campaign.

And Lucy says when Elijah walked into Primark and saw his photographs on the wall, it was a huge confidence boost for the little boy.

‘He has gone from hiding from people and growling at them to happily speaking to people,’ she said.

Although the Primark campaign has boosted Elijah’s confidence, Lucy says she’s keen to keep him grounded.

She’s trying to keep Elijah in full time schooling, and make modelling a hobby on the side.

Elijah’s albinism not only affects how he looks, but it also means means he is photosensitive, so outdoors and flash photography can sometimes be challenging for him.