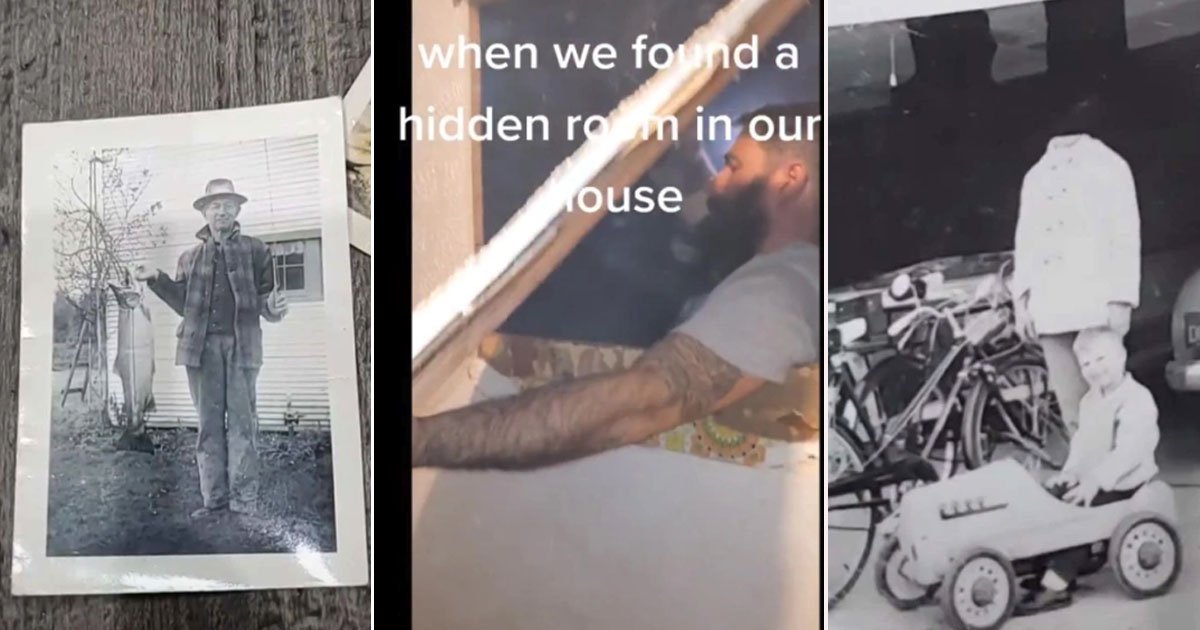 Moving into a new house, it’s difficult to think of what the people who lived there before you got up to.

But one woman got an unsettling insight into past residents after discovering a secret room.

In a serious of videos posted on TikTok, the woman took followers on a haunting journey as she examined her findings.

User Kam Mee (@kammee0508) first explained to viewers that she and her husband found a hidden room in their new home a few years ago.

‘You can see there are so many different layers of wallpaper,’ she said in a clip showing the secret space in question.

‘We also found a couple of pictures and an old ASB card. The ASB card is for some school that no longer exists.’

However, the haunting investigation didn’t end there, as Kam Mee posted other recordings of some of the more ominous finds.

Kam Mee and her husband also found a collection of other items including a Christmas gift addressed to ‘occupant’ from ‘ex-owner.’

But one of the most perturbing discoveries was a compilation of black and white photos with various markings and writings on the back.

In the assortment was one image of a young boy on a go cart with a headless man beside him.

‘So this is a picture we found in the walls,’ Kam Mee explained. ‘I’m going to really pray that it was actually an exposure problem because this gives me nightmares.’

Those in the comments were quick to voice their fears.

‘Oh hell no, that’s so scary,’ wrote one viewer.

‘It gets creepier and creepier,’ said another.

Some said they too hoped that exposure was the issue.

‘It definitely is exposure! That’s awesome they probably put it there thinking it would scare someone someday,’ commented a third user.

While others believed it to be a bad omen.

‘Oh I remember watching a documentary that said when you took someone’s picture and their head is gone that person will die in a few days. It’s like a warning,’ said a frightened follower.

Well whatever it means, we don’t think a good night’s sleep could be had in that house.

Let us know in the comments or email [email protected]