A bride-to-be has been left devastated after her mother confessed to being ‘head over heels in love’ with her fiancé.

Sharing her dilemma on anonymous discussion forum WeddingBee, the woman said her world was ‘turned upside down’ when her mum – who she has always adored – admitted to having ‘romantic feelings’ for her future husband.

Her heart was broken when her mother made it clear she would act on her desire if the opportunity ever presented itself, and refused to attend her wedding as a result.

The revelations were widely slammed online, with dozens branding the mother ‘inappropriate’ and in need of professional help. 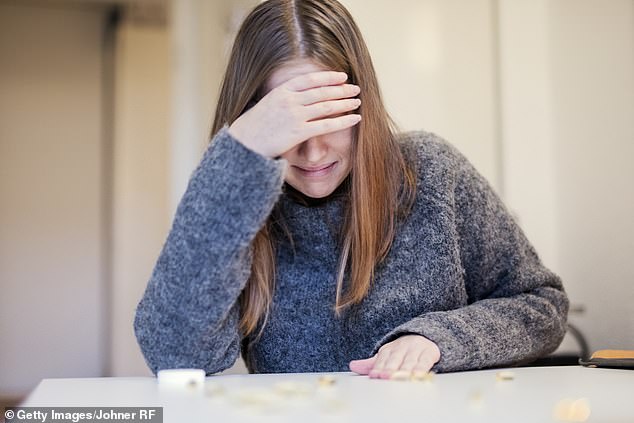 The bride began: ‘I am engaged to a wonderful man I met about two years ago. We have a truly lovely relationship and I could not ask for a better partner.’

Describing the close bond her fiancé shares with her family, she said they often go hiking and on group camping trips.

On weekends she said he sometimes plays tennis with her mother – something she encouraged until now.

‘She said she has been unhappy in her marriage to my dad for years and that my partner makes her feel a way that my dad never has,’ she wrote.

‘She did state that if the opportunity presented itself she would act on those feelings.’

After the shock subsided the bride called her father to tell him what had happened.

‘He said he was leaving the house and going to a hotel until my mum gets therapy,’ she wrote.

‘My fiancé is now being very distant from me and it has just made things terrible.’

The bride’s predicament sparked an outpouring of support, with hundreds rallying behind her and blasting her mother.

‘Not only are your mum’s feelings totally inappropriate, but she absolutely should never have shared them with you,’ one woman replied.

‘If she had to keep her distance she should have just done that without exploding the lives of everyone around her.’

Another said it is clear her mother is ‘struggling very much’ and needs therapy.

‘Your mother never should have told you that she was having those feelings,’ she wrote.

‘She’s clearly struggling very much right now and is going through some serious pain, but by acting the way she did, she damaged her relationship with you as well. I agree that you should focus on connecting with your fiancé right now.’

Others told the bride she might need to accept that her relationship with her mother will never be the same again.