A potty idea? Mother’s toilet training hack goes viral after she created a ‘wee-proof’ zone by covering the ENTIRE floor and sofa in incontinence pads

A mum’s ingenious and incredibly thorough approach to potty training has gone viral as she covered her entire floor and sofa in incontinence pads.

Determined to limit the consequences of any inevitable ‘accidents’, Shona and her partner Edward, 31, set about creating a wee-proof area in their home.

The mum and dad sealed off the living room using baby gates, covered the floor and sofa in 20 large ultra-absorbent pads and then placed Erin’s potty in the middle of the training zone. 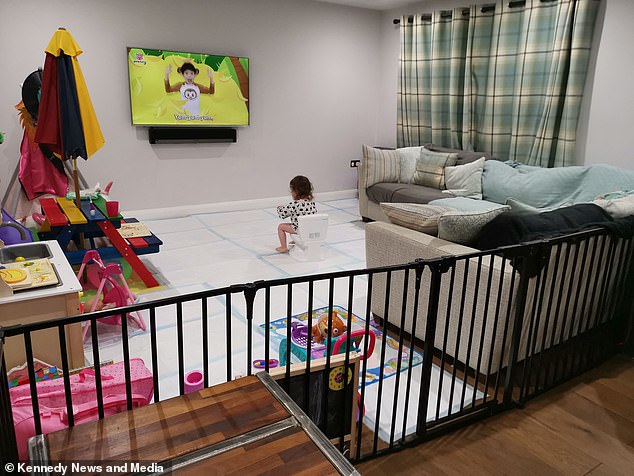 ‘I had no idea what I was doing or what to expect. I just had visions of little accidents absolutely everywhere.

‘Honestly, we just thought it was a normal thing to do, covering the floor for the first few days to protect it.

‘We thought it would be easier laying down pads to save me scrubbing the floor all the time.

‘I suffer from fibromyalgia so bending down all the time to clean up any accidents would be painful. This was just easier for me.

‘Our wood flooring is also still relatively new and we worked hard to make the house nice. You just want to protect it and reduce any risk of damage.

‘Once I put them all down I was in fits of laughter, it just looked ridiculous.’ 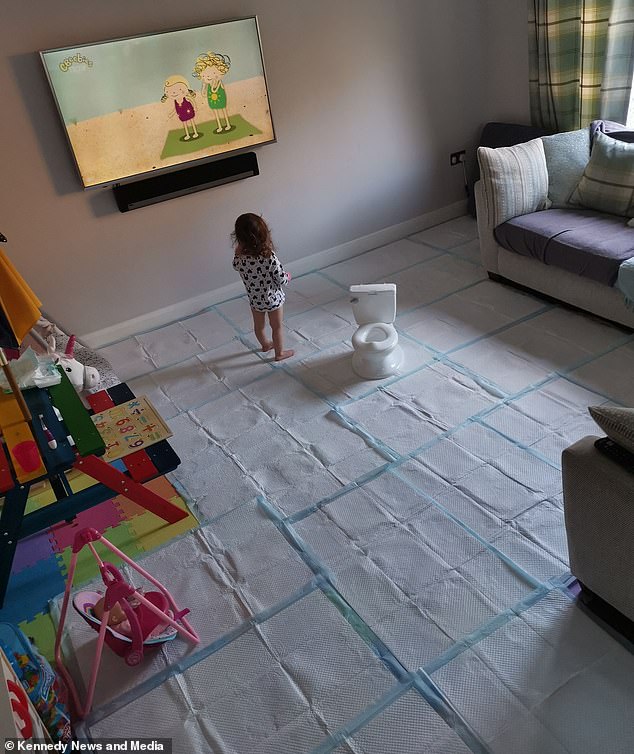 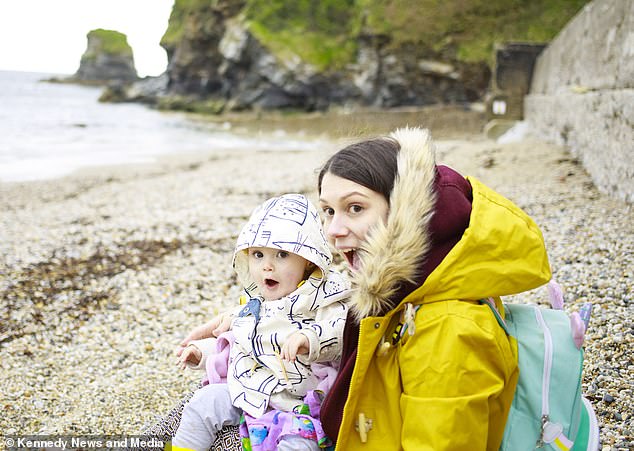 Shona, 31, and her daughter Erin Rose, 26 months. The mum-of-one has covered her entire floor and furniture in incontinence pads as she attempts to potty train her daughter

After putting photos of the hilarious set-up on social media, Shona has had an overwhelming response with 28,000 people sharing the post.

She said: ‘I posted the photos onto a parenting group I’m in and they all encouraged me to switch it to public so they could share it.

‘I thought the 300 likes on the group was crazy. All the comments just had me in fits. I didn’t expect what happened next with my post on my page.’

As well as people sharing her post, Shona has also been inundated with comments and messages of support from other parents.

The mum said the ‘heartwarming’ response has shown her that all parents are still learning. 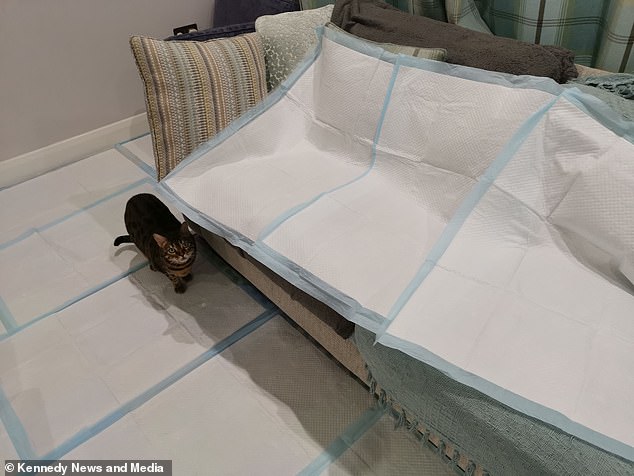 The mum and dad sealed off the living room using baby gates, covered the floor and sofa in 20 large ultra-absorbent pads and then placed Erin’s potty in the middle of the training zone 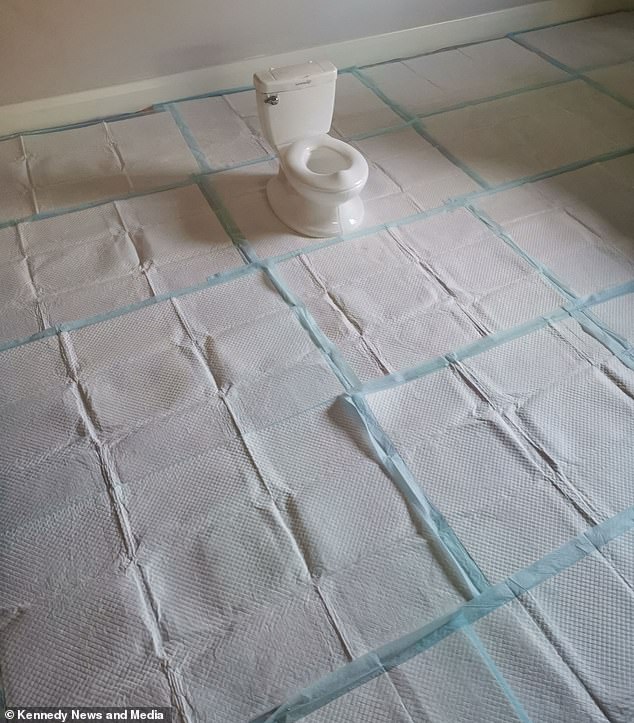 Shona shared photographs of her ‘wee-proof’ zone on social media and has had an overwhelming response with 28,000 people sharing the post 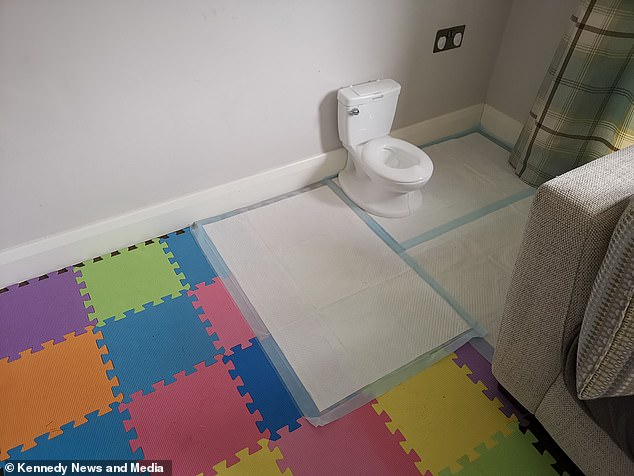 Shona said: ‘So many people have thanked me for the ‘ingenious’ idea and for the laughs, showing the honest side of parenting.

‘And so many parents have come forwards wishing they had thought of that idea as it would have saved throwing out the carpet.

‘The pads are great laid on the top of the car seat too. My friends all think it’s hilarious and just normal “crazy stuff Shona does”.

‘People are calling me a genius, saying they wish they had done the same or would do this when the time comes.

Shona has been inundated with comments and messages on social media

‘Others have said I should be selling signed pads on eBay or writing a blog or a book.

‘So many people can relate to the daunting task of potty training for the first time.

‘It’s so heartwarming seeing so many parents from all over the world coming together to offer each other help and support.

‘I’ve been messaged by loads of people offering so many great tips. It just shows we are all only human and still learning ourselves.’ 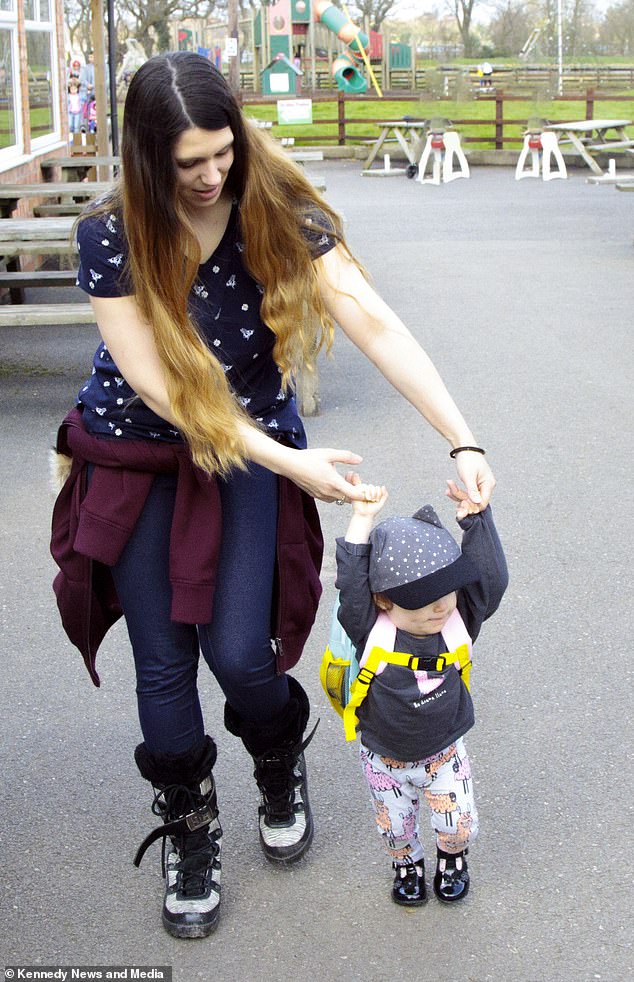 Shona and her daughter Erin. Erin’s potty training is going well, with just two or three easy to clean accidents and no permanent damage to the floor or furnishings after Shona covered her entire floor in incontinence pads to limit the damage

The mum picked up the packet of 25 large bed incontinence pads for just £7 so the unusual method is certainly thrifty – and appears to work.

With just two or three easy to clean accidents and no permanent damage to the floor or furnishings in a week, Erin’s potty training is going exceptionally well.

And Shona is almost feeling ready to take on the challenge of getting Erin to use the loo when out and about.

Shona said: ‘Turns out potty training isn’t as bad as I envisioned. We’ve only had two or three accidents so far.

‘We didn’t know how long it would take for her to take to the potty but she has been fantastic. She’s almost got it after just a week.

‘We tried to make it as fun as possible for her and never tell her off if she does have a whoopsie.

‘She picked out her own potty and she likes choosing which colour knickers she wants to wear.’ 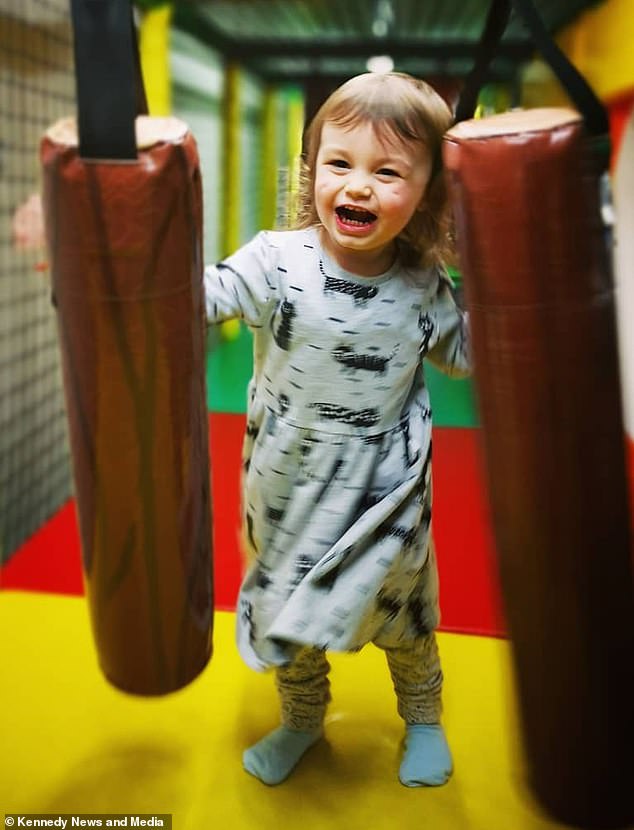 Shona knew Erin was ready to start potty training when she started to tell her she had made a mess in her nappy and demanded she changed her.

Shona added: ‘She would always show interest when I went to the toilet and asked what I was doing. So I’d explain it to her.

‘I guess we are pretty lucky since Erin is very good with her speaking and constantly wanting to learn.

‘We did the first couple of days naked from the waist down, putting her on the potty every 20 minutes.

‘Once we noticed a pattern we only put her on the potty at those times. Each time putting a little table in front of her so she could sit and do puzzles.

‘When she did go we would be over the top cheering her on which she loves the attention and clapped to herself.

‘She really enjoys being involved so will clean herself after and then take the inside of the potty to the ‘big potty’ to pour away.

‘Her reward is flushing the big potty and washing her hands, which she loves.

‘It quickly clicked for her and she is now able to tell us when she needs to go so we will take her to the potty.’ 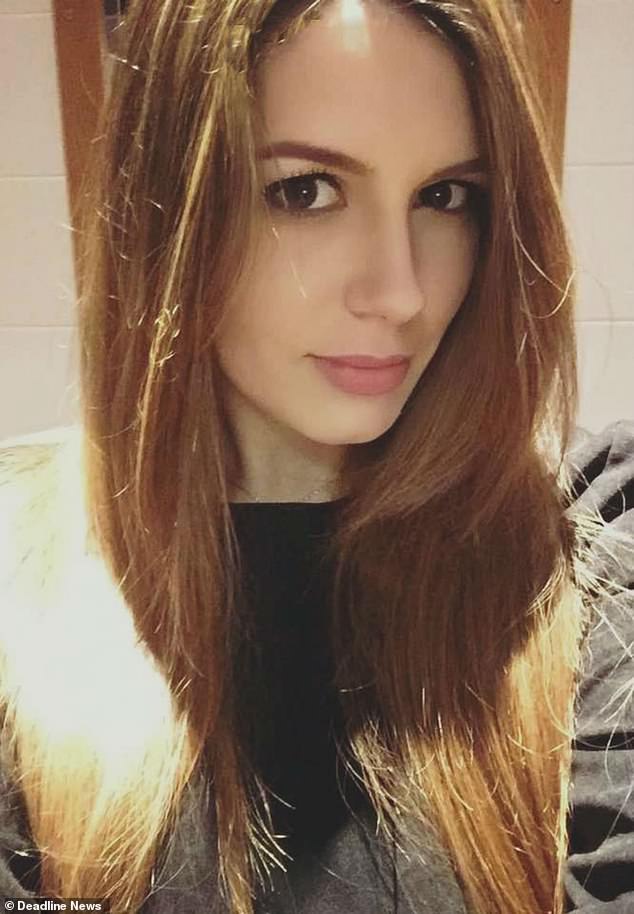 Shona’s next challenge is getting Erin to use the toilet when they are out and about. Her ‘ingenious’ potty training hack of covering her entire floor and furniture in incontinence pads has gone viral after she posted photos on social media

Erin is still in pull-ups overnight and Shona is not planning on taking on nighttime training until Erin is much older.

She added: ‘I don’t think I want to disturb her too much during the night taking her to the toilet.

‘However she is asking to go to potty first thing in the morning and seems dry so we will see.

‘My next challenge is going out and about. I can just imagine me walking around looking like a Teenage Mutant Ninja Turtle with a training seat strapped to my back pushing the pram.

‘Not many places have a child friendly toilet and I can just see her falling into a public toilet.’