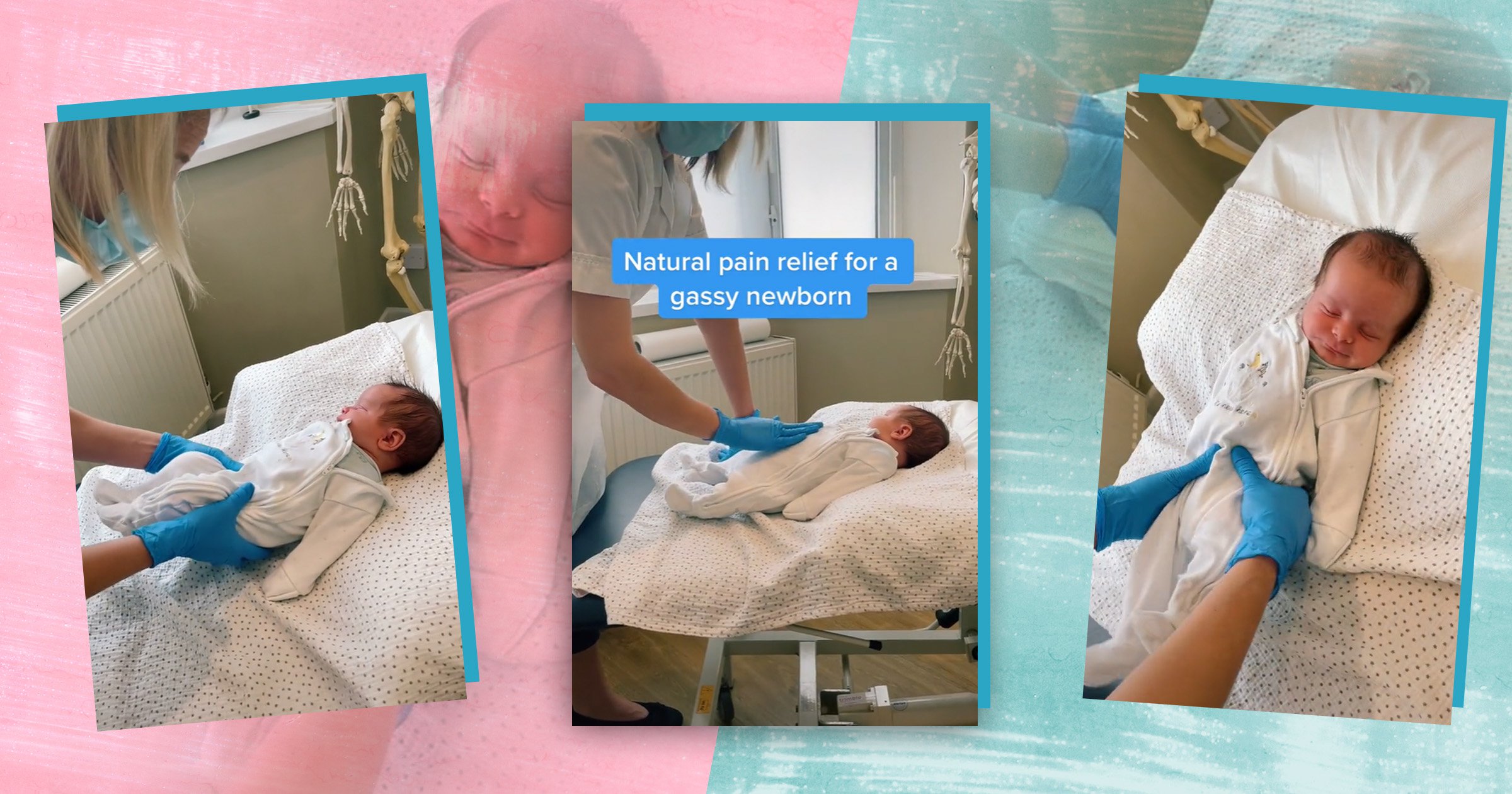 It’s common for babies to experience trapped wind, particularly between birth and around three months as their digestive systems begin to develop.

Symptoms of this in babies include bloating, stomach cramps, and difficulty burping, with outward signs they’re struggling including crying and being difficult to settle.

While it’s rarely something to worry about, no one wants to see their little one in pain, and it can be frustrating not being able to relieve discomfort caused by gas.

If you’ve done your usual burping routine but still think your baby’s suffering with wind, you may want to try this trick.

Danielle Manton-Kelly, who goes by The Enchanted Nanny in her job in childcare, shared a video on TikTok revealing how she winds her baby – and if his reaction is anything to go by it’s a definite winner.

Many parents are told to ‘polish’ their newborn’s stomach for wind, rubbing their tummy using circular motions to encourage digestive movement.

However, when Danielle’s son ‘cried solidly’ for the first four weeks since he was born, she visited Osteopath Lucy at The Practice in Ferndown for help, and was advised to try a different technique.

Lay your baby on their back and hold them around their torso with both hands, so the sides of your thumbs meet in the middle. Then, slowly move their body in a clockwise motion, rotating them and gently massaging their tummy with your thumbs.

Next, you can lift their bottom half slightly, using a figure-eight motion to rotate their hips and stimulate digestive activity.

Lucy said in the video: ‘If tummies don’t get the chance for movement then the milk can move too slowly through there, and then it can ferment and create wind in their tummies – and that then is painful.

‘A lot of people will talk about bicycle legs, bringing the legs up but if they are in discomfort that can be helpful.

‘In the rest of the time you want to get as much space in the tummy as possible because it gives everything a chance to move around.’

Danielle’s video has been viewed over 2.6 million times, with commenters praising what she calls a ‘natural pain relief’ method for gassy and colicky infants.

‘Look at the relief on his face,’ said one commenter, while another said: ‘That baby looks so relaxed.’

Others joked they’d be trying it on their flatulent partners, with one person asking: ‘Does this work for gassy husbands too?’

Your best bet is to give it a go, but we can’t guarantee whether they’ll look as blissed out as Danielle’s little one, finally relieved of his painful trapped wind.