Naomi Campbell reveals she made a young Prince William blush after her ‘humble, down-to-earth’ friend Princess Diana let her surprise him after school at Kensington Palace with Claudia Schiffer

Naomi Campbell has reminisced on her friendship with Princess Diana, calling the  late royal ‘humble and down-to-earth’.

In a new series on her YouTube page, Naomi was joined by fellow Nineties supermodel Cindy Crawford, where the pair discussed making a teenage Prince William blush.

London-born Naomi, 49, who was chatting via videolink to Cindy, 54, in her LA home recalled how she was spending the afternoon with Princess Diana in 1995 when William, then aged 13, came home from school.

‘I went with Claudia [Schiffer] and Christy [Turlington], and he was coming home from school,’ she explained.

‘And we had gotten there before he had gotten home from school and Princess Diana was like, “Okay.” So we were just like, “What do we do?” I mean, it was so sweet.’

Cindy added that she then visited the royal a few years later, when he was 16.

‘Did he blush when you met him?’ Naomi asked.

‘I don’t remember, but look I was blushing,’ Cindy replied.

‘I was so intimidated meeting Princess Diana and being at Kensington Palace and just how completely down-to-earth she was because there’s so much protocol I guess, and not being English, I don’t understand some of it.’ 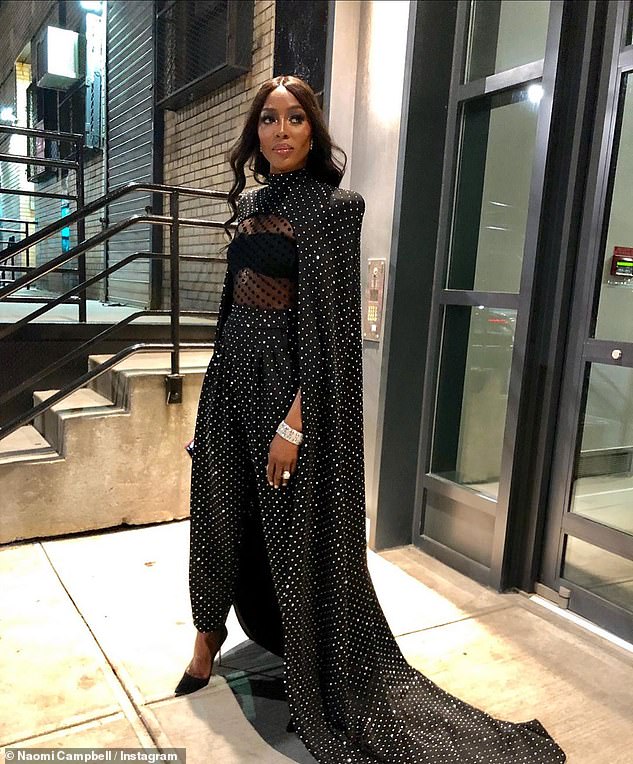 In a new series on her YouTube page, Naomi was joined by fellow Nineties supermodel Cindy Crawford where the pair discussed making a teenage Prince William blush due to their friendship with his mother. Naomi is pictured in a recent Instagram post 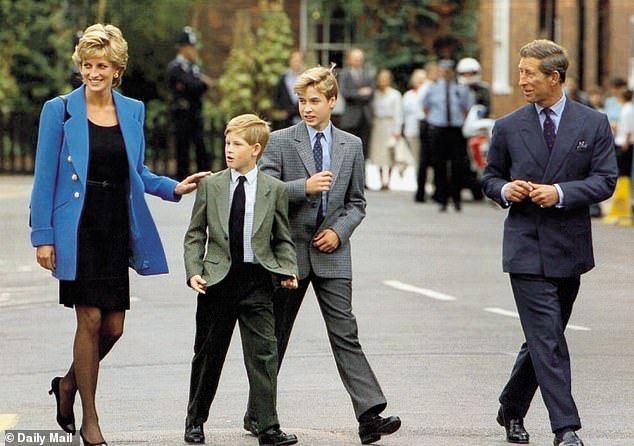 London-born Naomi, 49, who was chatting via videolink to Cindy, 54, in her LA home said she was spending the afternoon with Princess Diana in 1995 when William, then aged 13, came home from school. Pictured: Princess Diana, Prince Harry, Prince William and Prince Charles  in 1995

Naomi added: ‘I loved Princess Diana, I just loved her. Humble, how down-to-earth and I’m just blessed to know her for the time that I did.’

William has previously revealed how he went ‘bright red’ when his mother organised a surprise visit from the supermodels.

Speaking in 2017 for an ITV documentary to mark the 20th anniversary of the Princess of Wales’ death, William revealed: ‘When I came home from school [she organised] to have Cindy Crawford, Christy Turlington and Naomi Campbell waiting at the top of the stairs. I was probably a 12 or 13-year-old boy who had posters of them on his wall.

‘And I went bright red and didn’t quite know what to say and sort of fumbled. 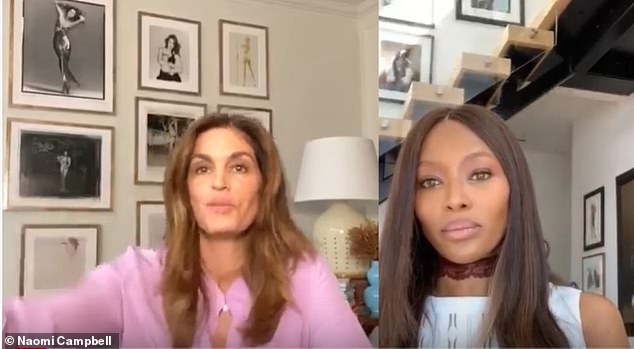 Speaking to Naomi (right), Cindy (left) added that she then visited the royal a few years later, when he was 16 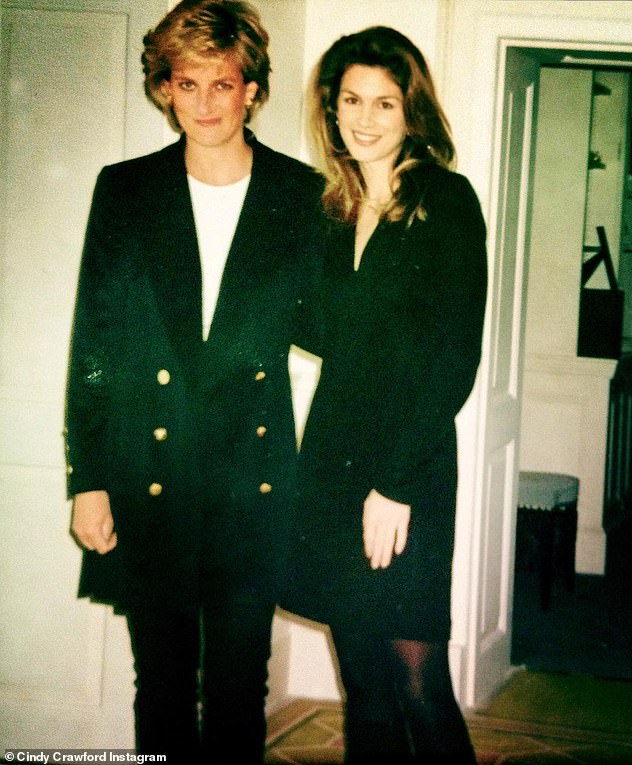 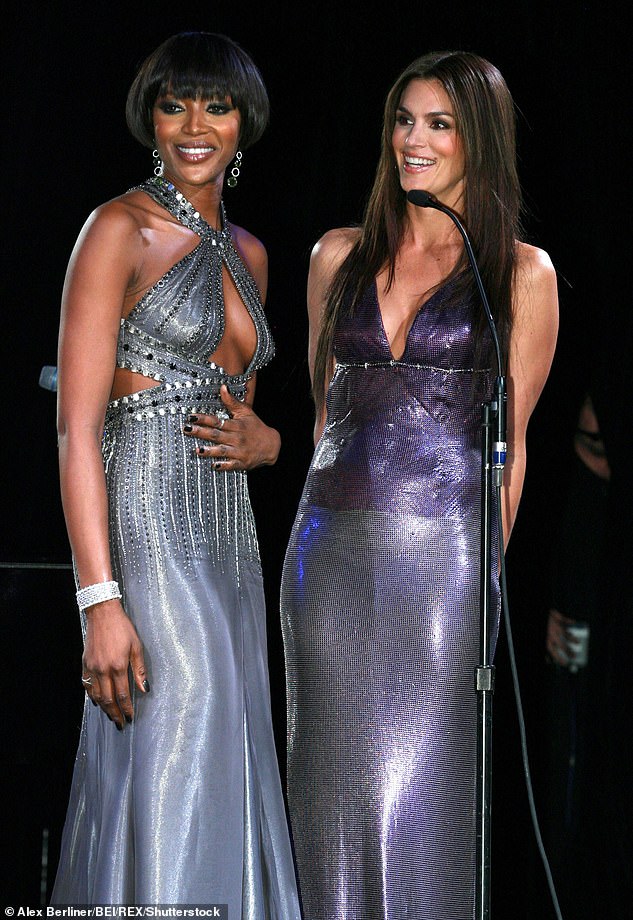 Cindy and Naomi have been among the world’s top supermodels for decades. They’re pictured in 2007 at a fashion event in Beverly Hills

‘I think I pretty much fell down the stairs on the way up. I was completely and utterly sort of awestruck.

‘That’s lived with me forever about her loving and embarrassing and sort of, you know being — being the sort of the joker.’

Elsewhere in the video, Cindy and Naomi discussed the ongoing coronavirus pandemic.