The younger sister of Miley Cyrus performed her new song, “I Burned LA Down,” on “Jimmy Kimmel Live!” on Thursday.

To take the stage, Cyrus wore a trippy sheer dress by Jean Paul Gaultier Couture featuring swirls of red and pink draped over a corset.

The track is from the 22-year-old’s forthcoming debut album, “The Hardest Part,” which will be released July 15.

If Cyrus’ sexy high-fashion look seems familiar, it’s because Rihanna wore a similar piece from the same collection while showing off her baby bump in the pages of Vogue’s May issue earlier this month.

Cyrus seemed to have a lot of support on social media, with model sisters Delilah and Amelia Hamlin as well as country singer Orville Peck praising her performance and outfit on Instagram. 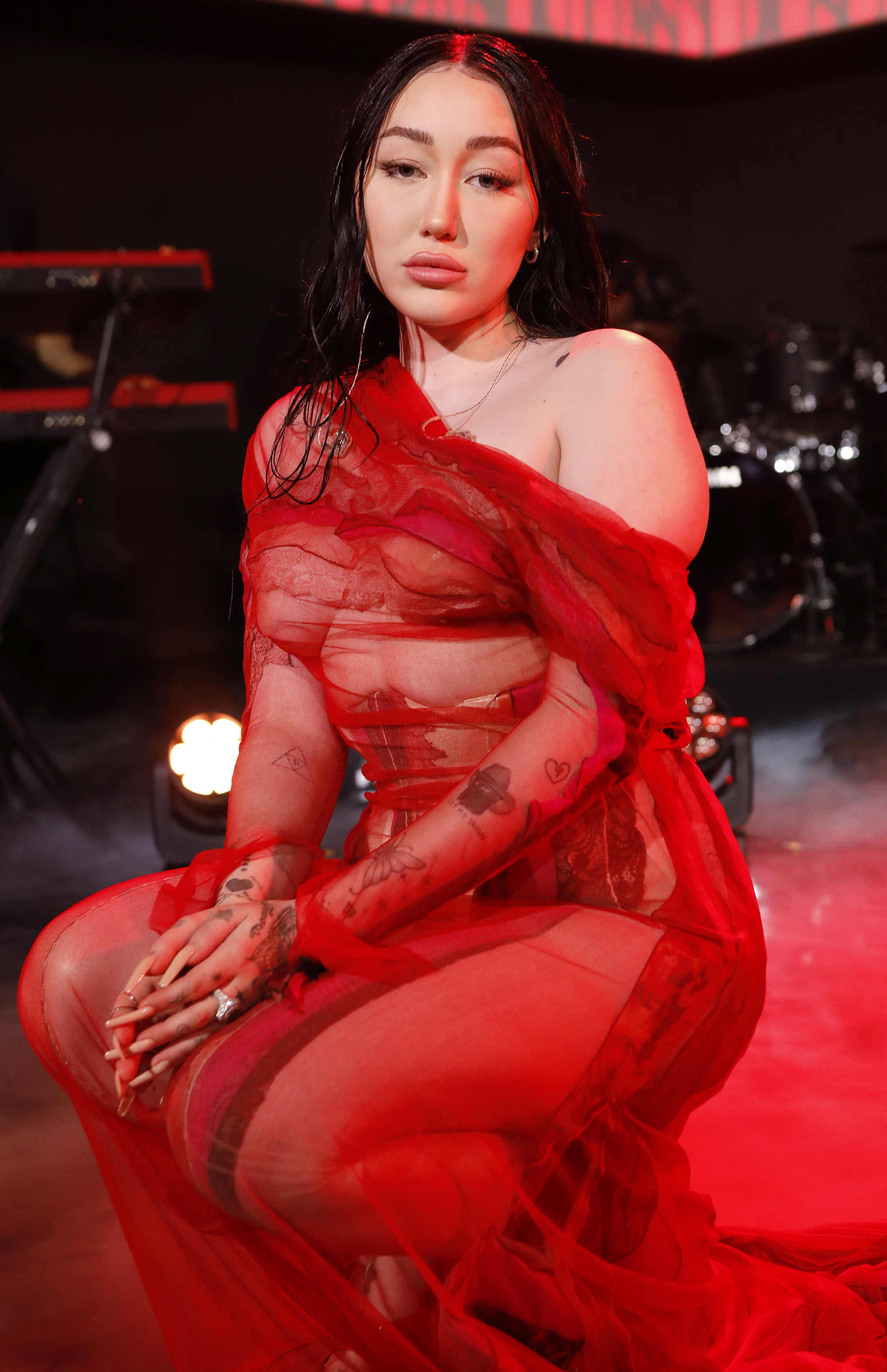 The couture look seems to be in sync with the star’s current aesthetic; in her “I Burned LA Down” music video, Cyrus rides a horse in a flowy white gown with a black breastplate and matching gloves.

She also wears a red lace dress with a built-in corset and face covering, as well as a wind-whipped black gown with a long train.

With Cyrus always making a statement on the red carpet — who could forget her Schiaparelli Couture look for the 2021 Grammys? — it’s no surprise she’s kicking off her album rollout with a bang.