Nobel pursuits! This year’s prize winners don their finery for a lavish four-course banquet at Stockholm’s Royal Palace including roe deer from the King’s autumn hunt

This year’s cohort of Nobel prize winners donned their finery for a lavish banquet at Stockholm’s royal palace this evening.

King Carl XVI Gustaf and Queen Silvia, who kept away from the cameras, welcomed the Nobel Laureates at the traditional dinner tonight following the awards ceremony on Monday.

They were also joined by Crown Princess Victoria and her husband Prince Daniel, Prince Carl Phillip, and Princess Sofia, who were not pictured at the event.

Among this year’s winners were Donna Strickland, who won the physics award for her work on optical pulses, and James P. Allison, who took home the medicine award for his cancer therapy discovery. 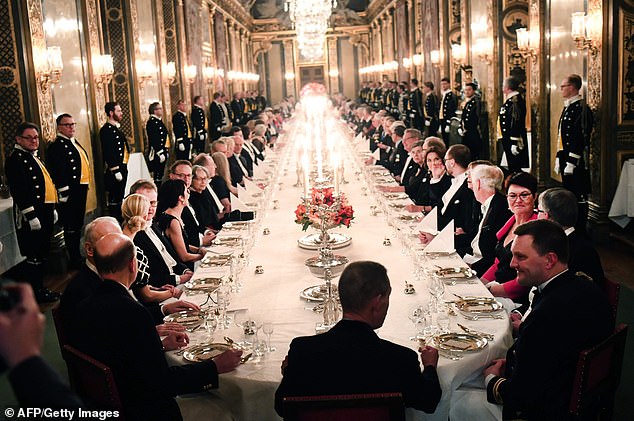 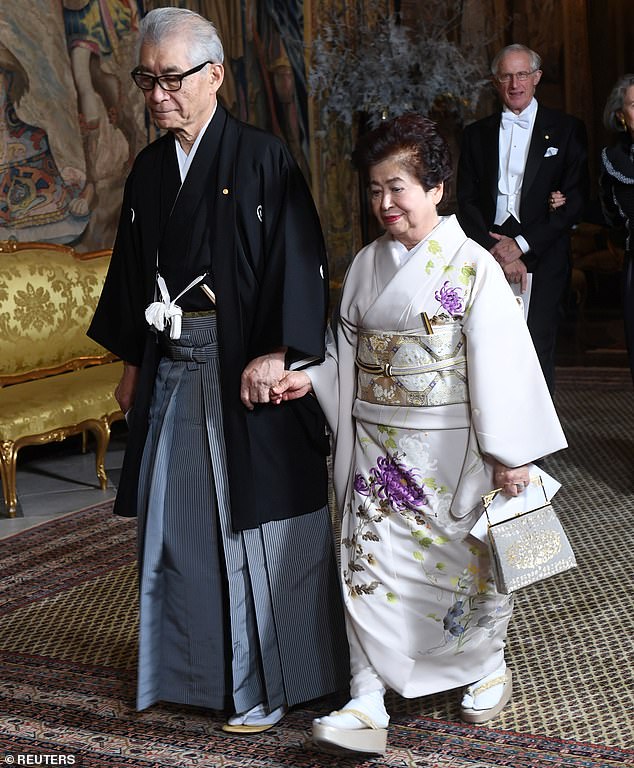 Japanese immunologist Tasuku Honjo, who won the physiology or medicine laureate, was joined by his wife Shigeko Honjo 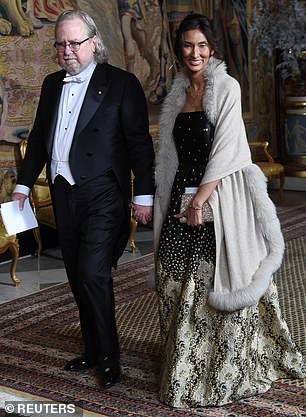 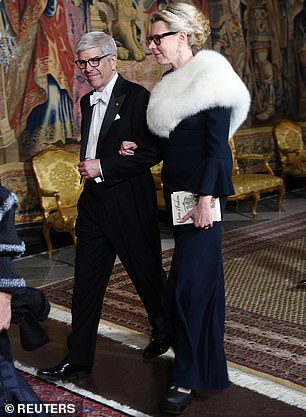 James P. Allison (left with his wife Padmanee Sharma), was also a winner of the physiology or medicine laureate for their discovery of cancer therapy by inhibition of negative immune regulation. Paul M. Romer, who won the economic sciences award, was joined by his wife Caroline Weber 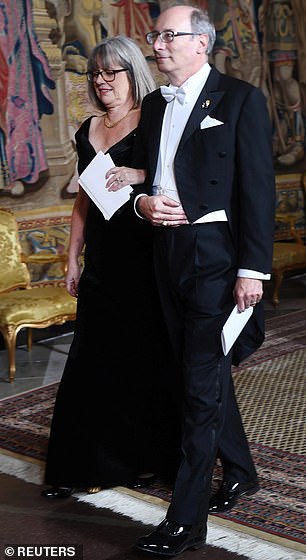 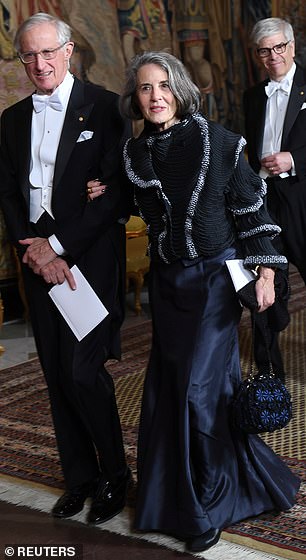 Canadian physicist Donna Strickland became one of just three women to win the Nobel Prize for Physics, the last being 55 years ago.

This year’s Nobel Peace Prize went to sexual violence survivor Nadia Murad and Dr Denis Mukwege for their fight against sexual violence used as weapons in war and armed conflicts.

Ms Murad and Dr Denis collected their joint prize in a ceremony in Oslo, Norway, while the winners of other prizes received theirs in Stockholm.

The Nobel Laureates have been honoured by a gala banquet at Stockholm’s Royal Palace every year since the tradition began in 1904.

Guests are treated to a four-course meal including roe deer from the King’s autumn hunt. 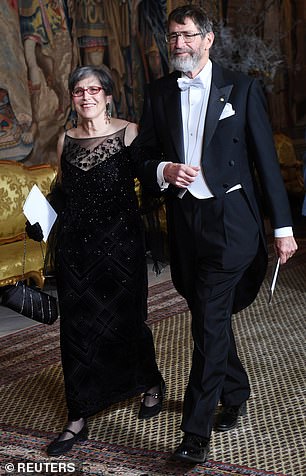 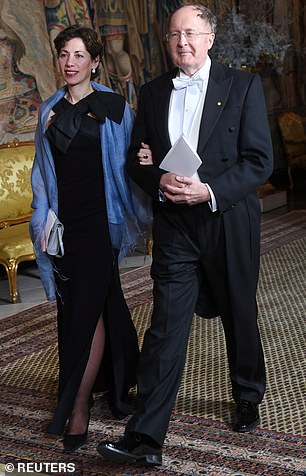 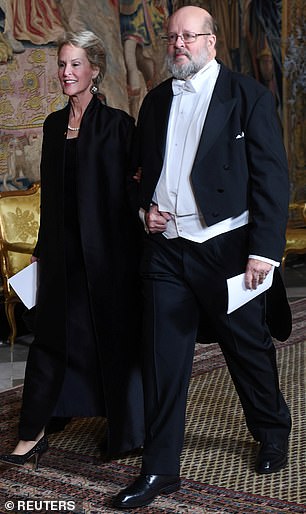 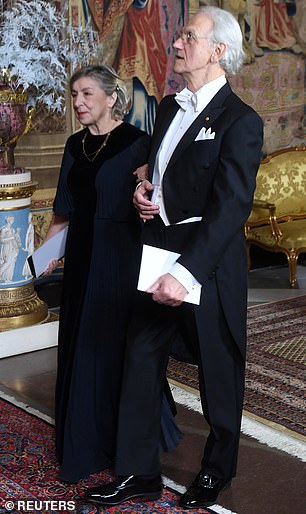