From monologue to monochromatic seasonal style.

The Skims founder made monochromatic outfits a family affair on Christmas Eve, with kids North, 8, Saint, 6, Chicago, 3, and Psalm, 2, all rocking takes on her signature color scheme.

Daughters Chicago and North even appeared to pay homage to one of their mom’s most memorable looks of 2021: the bright pink crushed velvet Balenciaga catsuit she wore while delivering her “SNL” monologue in October.

The star seemed to favor the fabric at the time, as she also rocked a bright pink blazer in promo photos for the show.

While North recreated the look more closely with a velvet jumpsuit in the same bold hue, paired with pink satin Balenciaga slides ($420), Chicago instead opted for a fuchsia velvet skirt and leggings — sporting her mom’s new go-to accessories: matching gloves — and adding a pop of purple with a pair of cowboy boots. 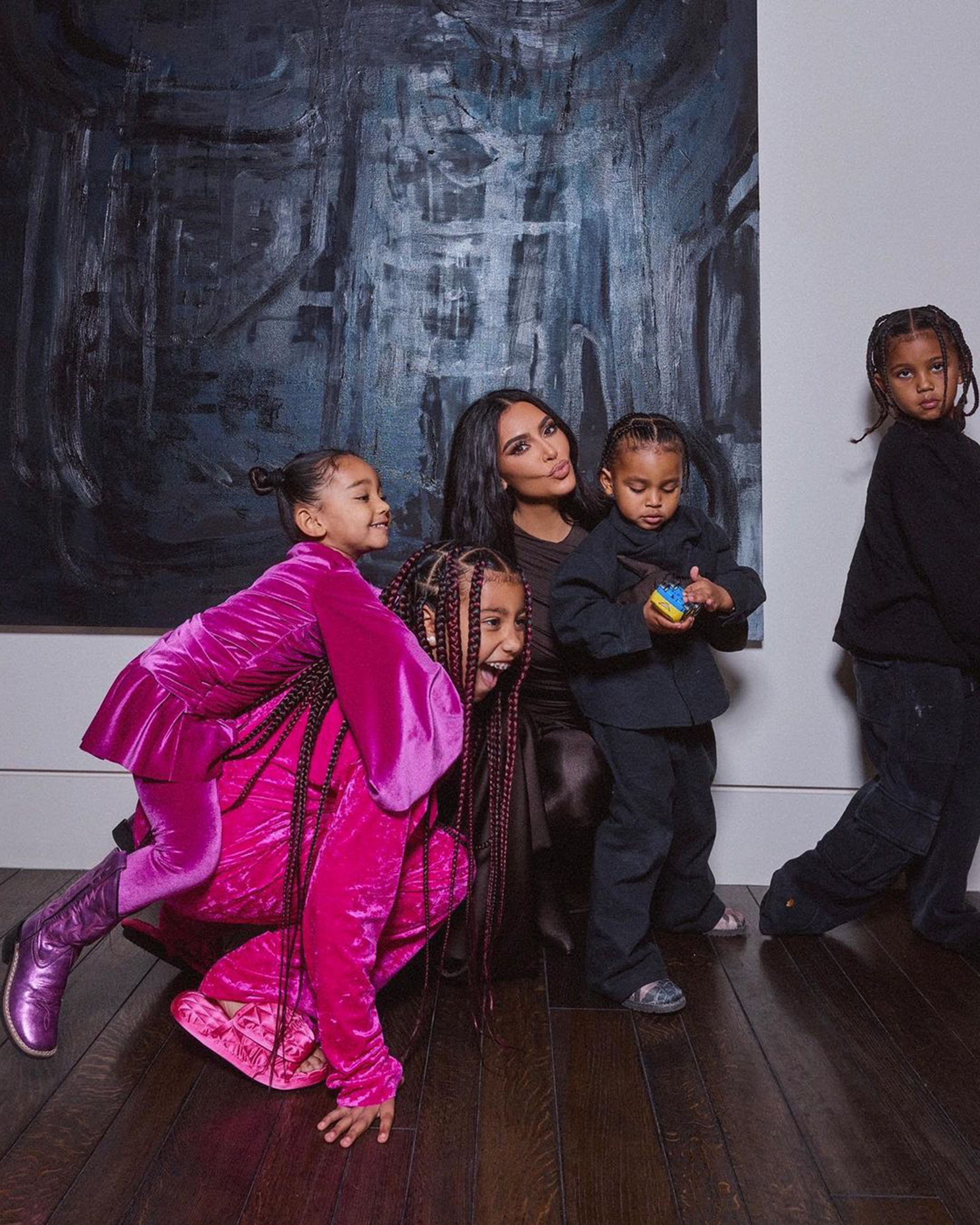 Saint and Psalm both wore all black ensembles, while Kardashian herself opted for a dark brown dress, also by Balenciaga. The curve-hugging style is similar to many looks she’s worn as of late, which have all featured full-length gloves and leggings covering her shoes. 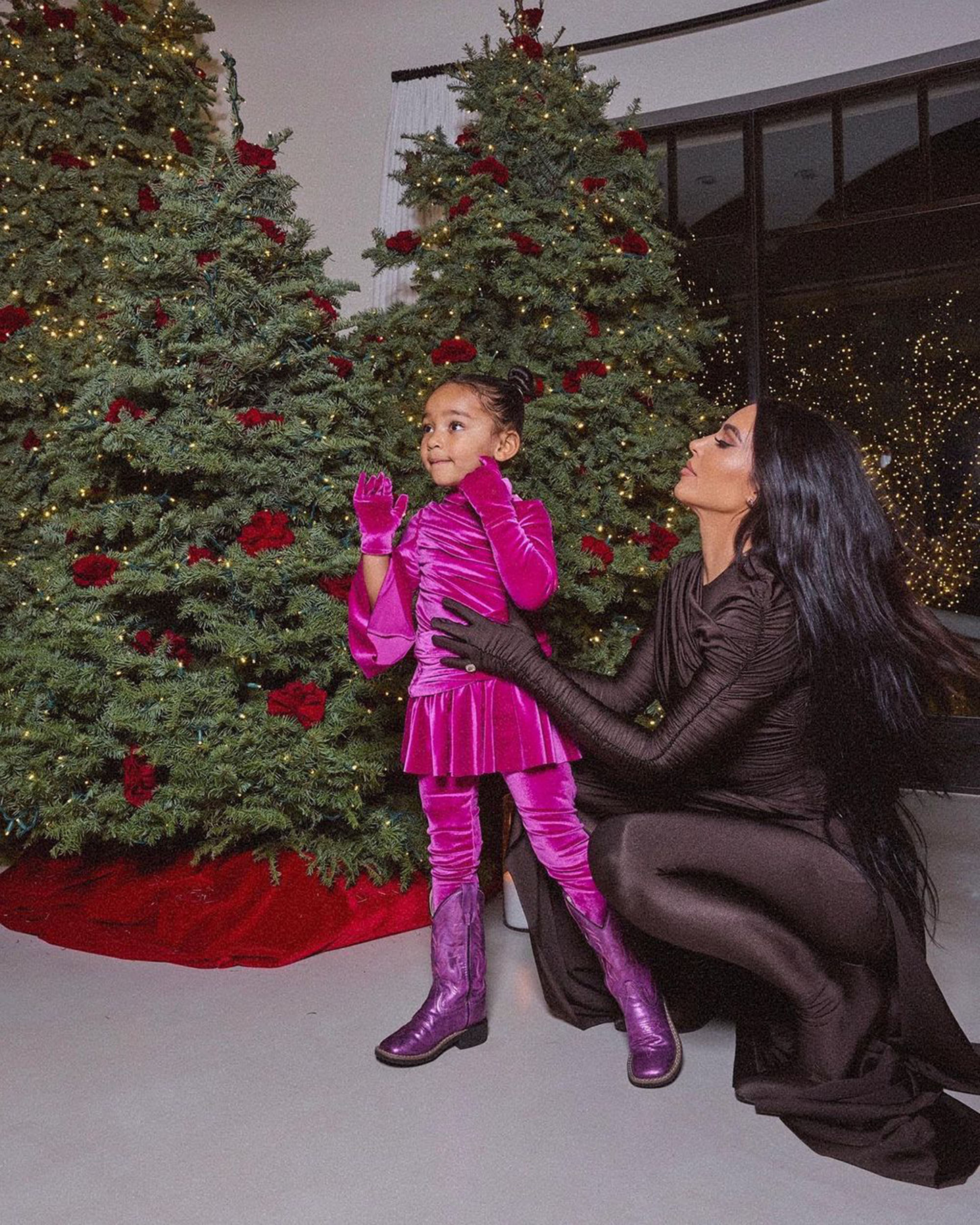 Kim’s kids weren’t the only ones coordinating clothing at the celebration, as Khloé and her three-year-old daughter True twinned in sparkly silver dresses.

It’s far from the first time the family has matched in monochromatic styles; Just last week, the reality star posted Christmas card photos where they twin in loungewear from her Skims line.

Over the summer, the kids’ style was also in synch at their dad Kanye West’s second “Donda” listening party, where they all rocked all-black looks. 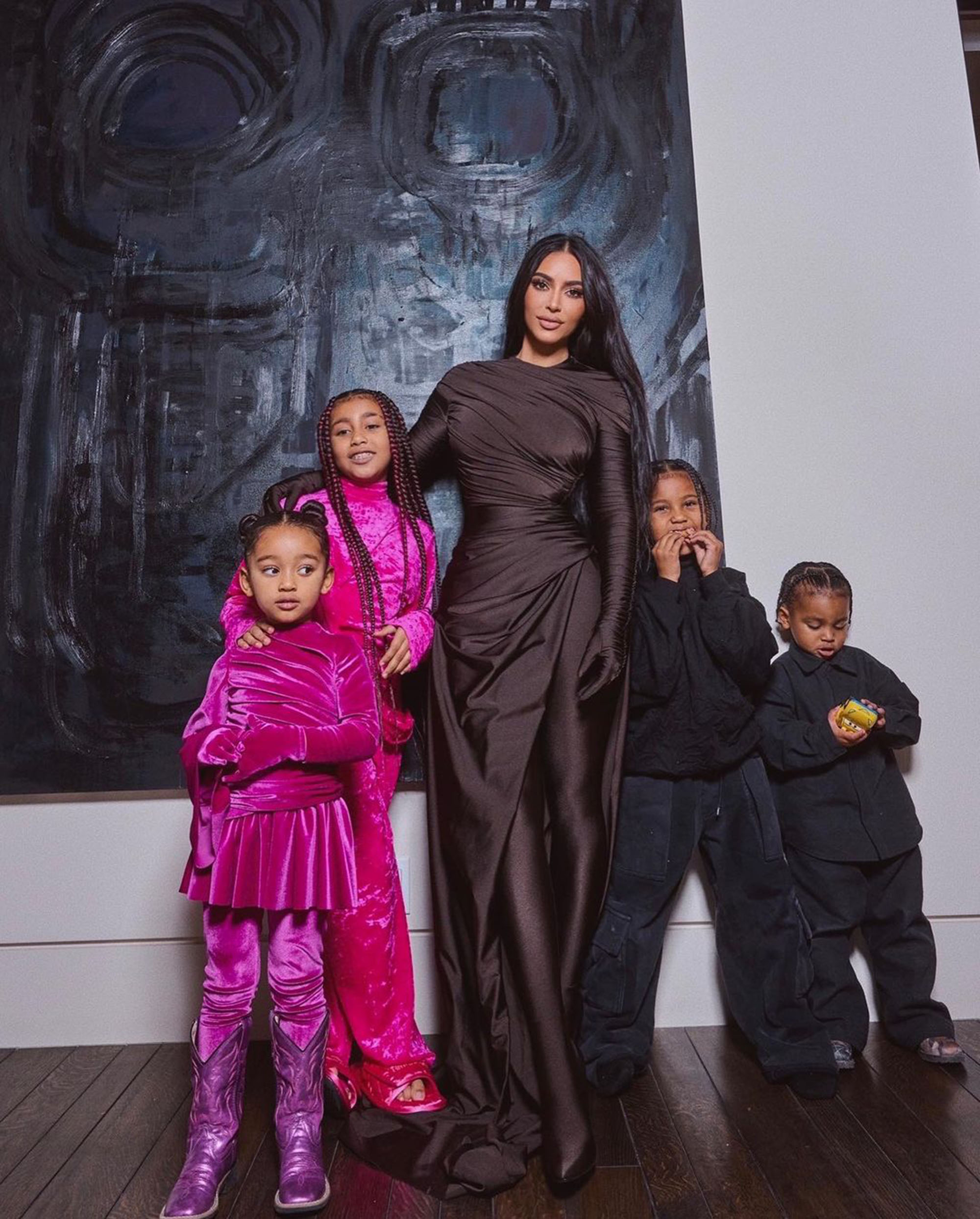 While the Kardashian-Jenners typically celebrate Christmas Eve with a star-studded soirée, it was reported last week that they’d be canceling the celebration for the second year in a row. A source told TMZ that Kris Jenner was holding off on having the party due to Coronavirus concerns but would still gather with her children and grandchildren.