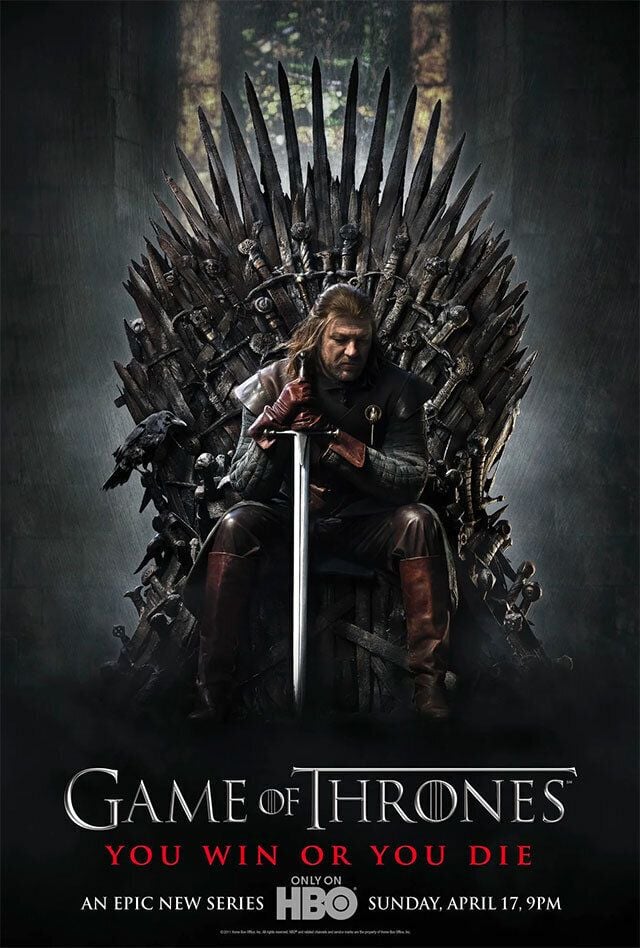 OK, What?! This Game of Thrones Poster Gave Away the Ending All the Way Back in Season 1

A Starbucks cup is one thing, and I can handle a stray water bottle, but this subtle detail might have given away the ending to Game of Thrones all the way back in the FIRST season, and it doesn’t look like a mistake. After taking a closer look at it, Thrones fans on Twitter are convinced that this promo poster from season one gave away exactly who would take control of the Seven Kingdoms — just take a look at who’s sitting next to Ned Stark on the Iron Throne.

It’s a bit of a seek-and-find since it’s not a bright photo, but the poster, which reads, “You Win or You Die,” depicts Ned Stark sitting on the Iron Throne beside what is presumably a raven (maybe a crow?), and who else do we know that has a connection with ravens? That’s right, Bran Stark — the Three-Eyed Raven himself — has been known to warg into a raven on more than one occasion, most recently to check on Drogon and Daenerys. While Bran didn’t exactly get to take a seat on the now-melted Iron Throne like this sneaky little hidden raven, he does end up being crowned Lord of the Six Kingdoms (minus the North), so the raven might have been a subtle clue about the show’s ending all along.

No, we can’t know for sure whether D.B. Weiss and David Benioff really had the show’s ending mapped out long enough to sneak in such a huge spoiler way back in season one, but that hasn’t kept fans from speculating. And, hey, if it was a clue all along, it looks like this is just one of many hints the show has tried to slip past us. Check out what fans have to say about the poster’s potential hidden clue ahead.