A baffling video appears to show a German Shepherd walking through a wall for a split second.

The optical illusion, which was filmed in the UK and has been posted on Reddit, shows the dog walking towards the wall – and a trick of perspective makes it look like he’s gone head first into the bricks.

Seconds later it is obvious he had simply turned around, but the moment of trickery was enough to leave some internet users floored. 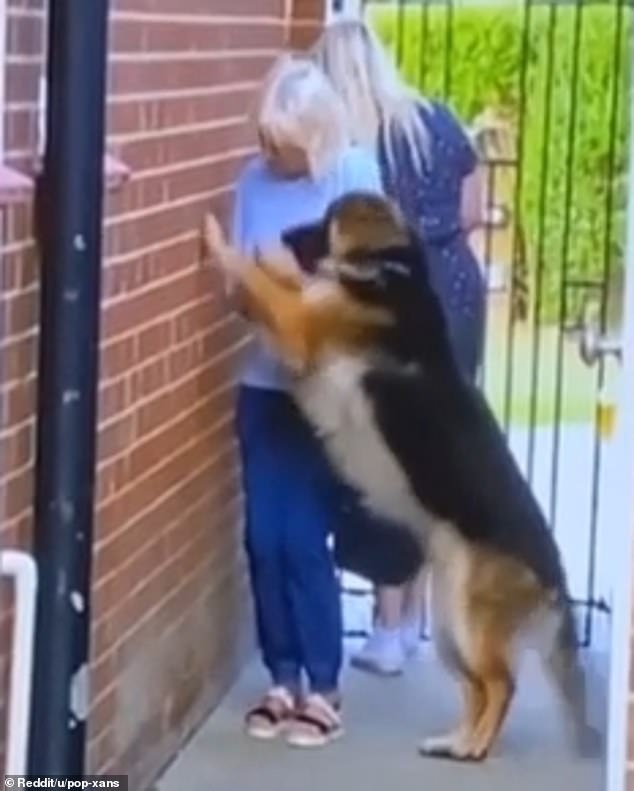 An optical illusion, which was posted on Reddit earlier this week, shows the dog getting excited after someone came to visit, as he jumps up and puts his paws on the wall beside a woman in a blue top

The clip shows a woman, believed from the UK, flinching as the German Shepherd jumps up and puts his front paws on the wall next to her.

Seconds later, the dog then walks around the woman, goes towards the wall and appears to walk head first through it.

For a split second, the optical illusion makes it look like the dog has walked through the wall, with commenters labelling it ‘Harry Doggo’ – after Harry Potter, who famously walks through a wall at King’s Cross to Platform 9 3/4.

But a moment later, the dog’s head can be seen behind the woman’s legs and it becomes clear that it had walked in a circle, partly against the wall, and then around her legs. 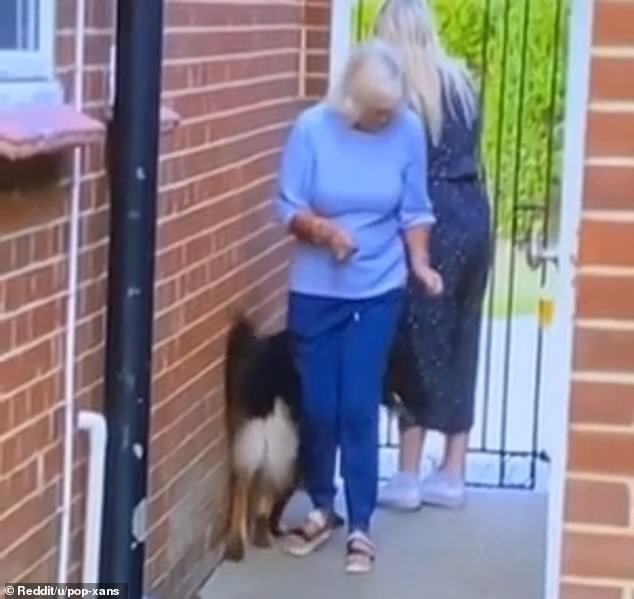 After a split second, the dog’s head appears behind the woman’s legs and it becomes clear it is walking around her, with its body against the wall

It is the dog’s fur, and the way it flattens against the wall, that makes it look like he is in fact walking through it.

Many compared the video to Harry Potter getting to Hogwarts from Platform 9 3/4, with one commenting: ‘Harry Doggo trying to catch his train.’

Another wrote: ‘BRB, going to Hogwarts.’

A third user added: ‘My brain hurts every time I watch it. I’ve watched this like 30 times now.’

Other users didn’t see the optical illusion, with one user commenting: ‘I don’t see it. That’s just how dogs are shaped.’

A second wrote: ‘All it is is that he is one fluffy boy.’

Another commented: ‘Yeah… I’m also not seeing it. At all.’ 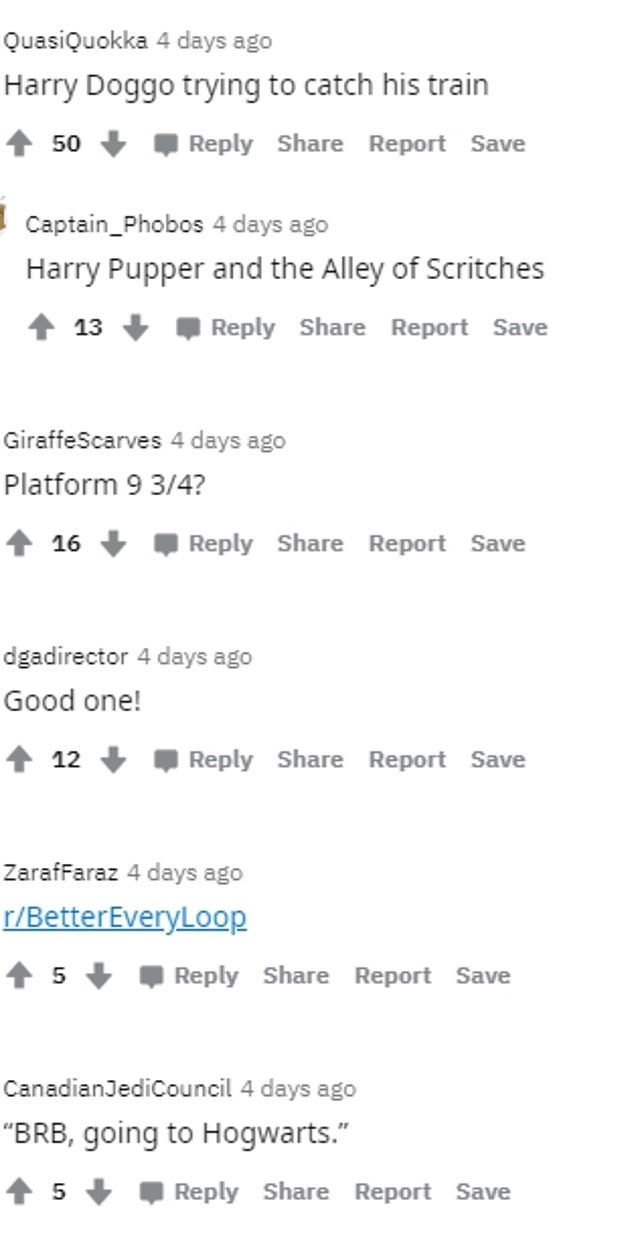 Reddit users went wild over the optical illusion, with many comparing it to Harry Potter, who famously walks through a brick wall at King’s Cross to reach Platform 9 3/4