NEW YORK — In south Florida, the parents of a 2-year-old girl battling cancer sent out a worldwide call for help on Thursday. Their daughter has an extremely rare type of blood and needs not one donor but a team of them.

Just like any toddler, Zainab Mughal loves coloring books and playing games on smartphones. But two months ago, she was diagnosed with neuroblastoma, an aggressive form of cancer. To fight it, doctors said Zainab needed regular blood transfusions. It was then that her parents Raheel Mughal and Mariam Mehmood learned that Zainab has some of the rarest blood in the world.

“I was just crying all the time, like, what thing happened to my daughter?” said Mehmood. 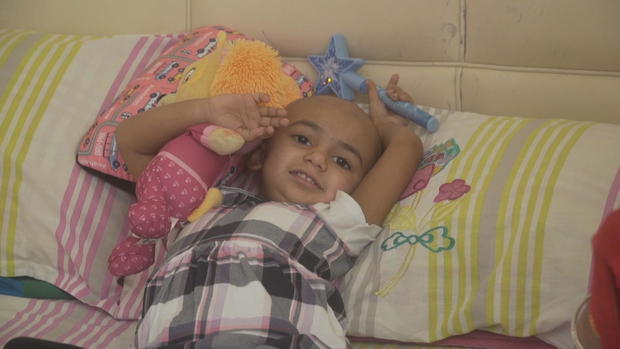 Zainab is missing a common antigen that most people carry in their red blood cells. It’s called Indian B. For a person to be a possible match for Zainab, they must also be missing the Indian B antigen.

Genetically, the only people that can possibly be a donor match are people of Pakistani, Indian or Iranian descent. Within those populations, less than 4 percent are actually missing the Indian B antigen.

Her family said it is a race against time, so they are pleading to the public for help.

“Everybody who’s listening please do go out and donate the blood because if that blood is not matched to my daughter it will help somebody else,” said Mughal.

OneBlood, a Florida based distribution center, has launched a worldwide search to identify and recruit donors for Zainab. It said it has found three matches, one in London and two in the U.S. But they say for Zainab’s treatment, she’ll need at least seven to 10 compatible donors.