Star of Broadway’s ‘Company’ broke a finger during a performance

The cast of Broadway show “Company” abandoned a performance on Friday night thanks to a backstage case of food poisoning.

One of the show’s stars, Claybourne Elder, tweeted of the incident, “Good news: it’s not COVID. Bad news: someone threw up on me.”

A source in the audience exclusively told Page Six of the snafu: “They were five minutes into the show, and a voice announced that they were putting the curtain down and stopping the show.”

The guest added, “Of course, the fully packed house thought ‘COVID.’ After a few minutes, [‘Company’ star] Patti LuPone and two other actors came out in front of the audience, recited Shakespeare, told jokes, asked if tourists were in the audience, and sang.”

LuPone and the other actors then, “said someone backstage is ill,” the source said, adding the reason turned out to be food poisoning. It was unclear which star suffered from the upset stomach. 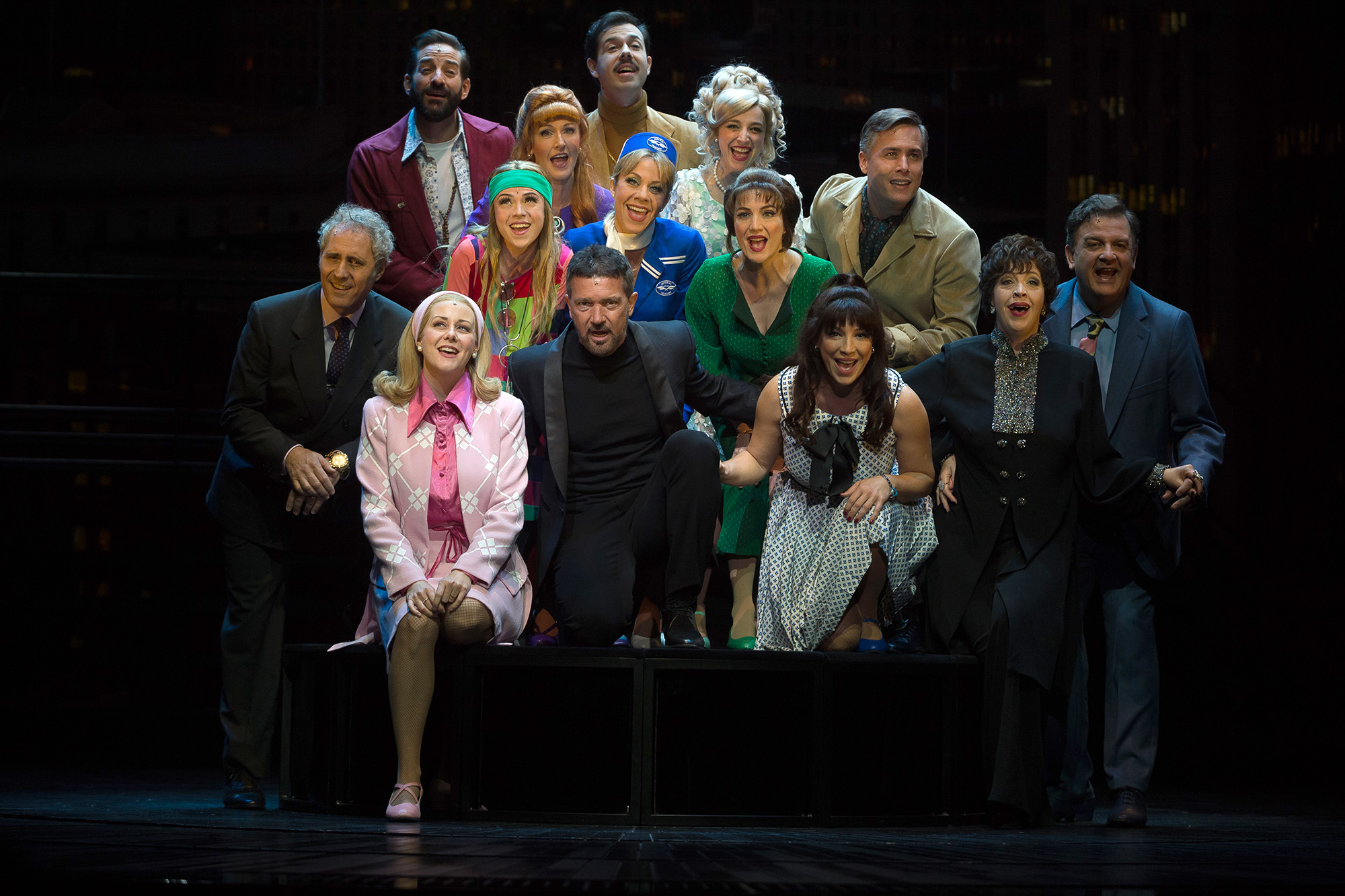 The cast of the show was then seen “waving goodbye to us” as the audience filed out, the witness told us.

A rep for the show told Page Six: “We can confirm that nothing more than a mild case of food poisoning was to blame for Friday night’s interruption, but refuse to disclose which Midtown restaurant the cast member in question was eating at hours before curtain. The good news is that they are back to feeling 100-percent.”

The musical’s “upcoming sold out shows” are on track to go on, the rep said.

“Company” has gotten rave reviews. But it’s not the first bump in the road for the rejuvenated musical.

Show star Katrina Lenk has been taking the stage with a cast on her finger after breaking it during a performance a few weeks ago, we reported.

In another unexpected onstage incident back when the show was still in previews, a spy told us, the show was paused for “technical difficulties” — and then later in the same performance, “an entire back wall of glass [on the set] shattered” over the actors, including Tony-winner Lenk. Luckily no one was injured in that case, sources said, but a 20-minute shutdown was called for. Another of the show’s stars, Christopher Fitzgerald, “came out with another cast member to do tricks, tell jokes and share some stories about show creator Stephen Sondheim” to fill the time, another insider previously said. 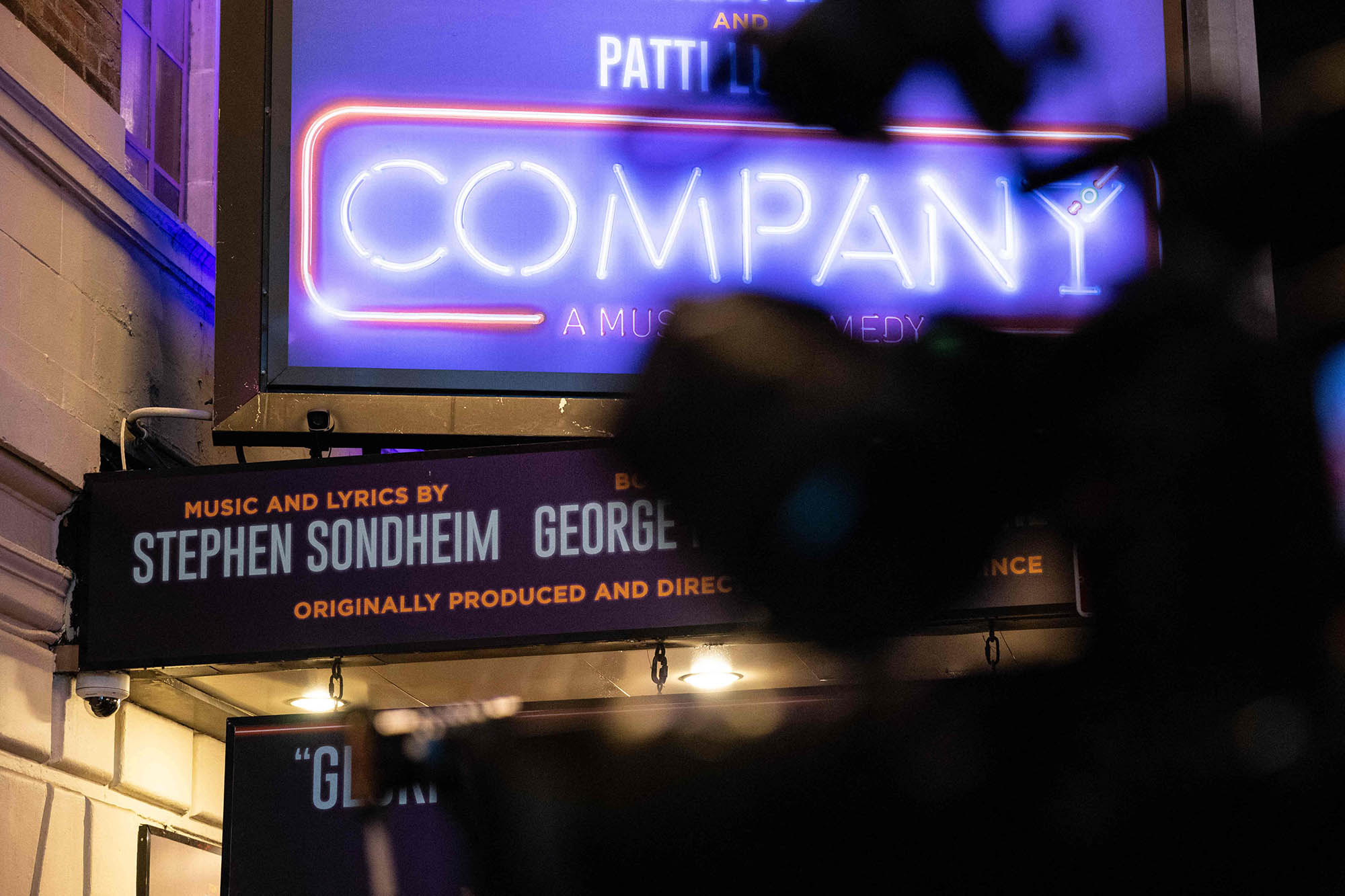 We also reported that producers of the Broadway revival issued a special commemorative Playbill featuring Stephen Sondheim for the show’s opening night. But the booklets — with a black-and-white cover portrait of Sondheim, the composer who died last month at 91 — were in such short supply that after two boxes went “missing,” there weren’t enough left for each opening night attendee to get one.

The show has been getting rave reviews. The Post called the musical “a smart, funny, human revival about the highs and lows of being alive that actually feels alive,” and dubbed it “the Broadway show to see right now.”

Offstage, LuPone and husband Matt Johnston were recently seen celebrating their anniversary at Lincoln Center’s Vivian Beaumont Theater by taking in the final preview of the new musical “Flying Over Sunset” — 33 years to the day they were married on the same stage when LuPone was starring in “Anything Goes.”