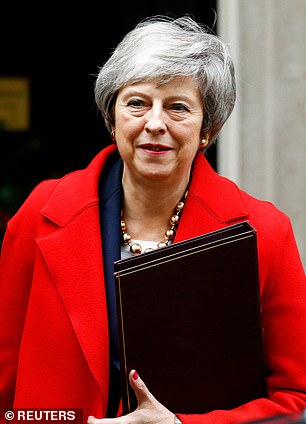 No British prime minister in living memory has been hit with such thudding parliamentary blows as Theresa May was last night.

This was a clear sign of her diminished authority.

But much worse was to come as minutes later rebellion turned to outright mutiny.

Many Tories joined forces with Labour and voted to seize back control of the entire Brexit process in the event of a Commons defeat for Mrs May over her withdrawal deal next week.

This was deadly. Contemptuous even.

It means the Prime Minister will lose control of events if her cherished deal is defeated. And that is unprecedented in modern British history.

Parliament will take over. Mrs May will become a spectator in her own government. Would she remain as Prime Minister? Nobody knows.

Mrs May is very close to losing control of her own destiny.

As Norman Lamont said of John Major, she would be in office but not in power – a prime minister deprived of the levers of power. Exhausted. Extinct. A failure.

In short, a roll call of the great and the good out in force to defy and humiliate the prime minister of the day.

Britain is now on the edge of a political and constitutional precipice. It’s not just that Mrs May could be finished as prime minister in two weeks. Brexit could be over, too. 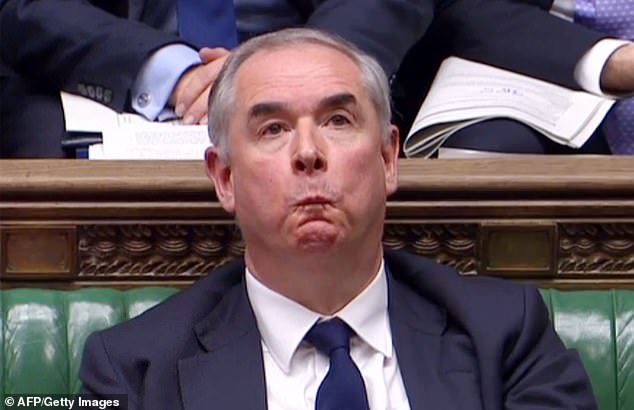 I don’t underestimate the scale of the damage done to Mrs May last night.

But I want to stick my neck out and say that these unprecedented events do not necessarily mean curtains for the Prime Minister.

While these setbacks have hit her hard in the short term, they may yet prove to be her salvation – a means for her to survive in the medium term.

Allow me to explain.

Until last night, Mrs May looked like going down to a massive defeat when Parliament votes next week on the Brexit deal she signed off with Brussels ten days ago. About 100 Tory MPs have signalled they are ready to vote against her. So has Jeremy Corbyn’s Labour.

There has been wild talk of a three-figure defeat for the Government, which would surely see the end of her tenure in Downing Street, to be replaced by goodness knows who.

Up until last night, it was assumed a defeat in the crunch vote next Tuesday would put Britain on course to crash out of the European Union as scheduled next March with no deal at all.

That, of course, is an outcome Eurosceptics led by Boris Johnson and Jacob Rees-Mogg – and their supporters in the parliamentary Tory Party – have been willing to embrace.

But now the Brexiteers will have to adjust their calculation. 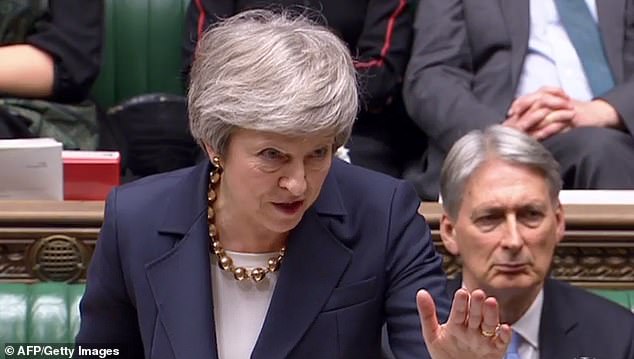 It’s not just that Mrs May could be finished as prime minister in two weeks. Brexit could be over, too

The success of Mr Grieve’s amendment last night looks to have put an end to hopes of a no-deal scenario because now, if Mrs May loses next week, Britain will no longer automatically exit the EU.

On the contrary, the Grieve amendment means MPs will gain control of Brexit from the government.

And with Mrs May and her ministers out of the picture, we all know that the majority of MPs are adamantly opposed to a no-deal Brexit.

Indeed, most MPs are Remainers who would prefer this country to stay in the EU, regardless of the wishes of the 17.4 million who voted for us to leave.

Whatever destination we finally reach, no-deal now seems almost impossible because MPs simply will not allow it in a free vote.

Other possibilities loom – including a second referendum to give voters a final say on Brexit. And that, of course, opens up the possibility that Brexit itself could be reversed and will simply never happen.

This despite the fact the Tories and Labour both stood in the 2017 election on manifestos that explicitly stated we would leave the EU.

Of course, some determined Brexiteers may be confident enough of the justice of their cause to risk such an outcome by voting against the deal next week. 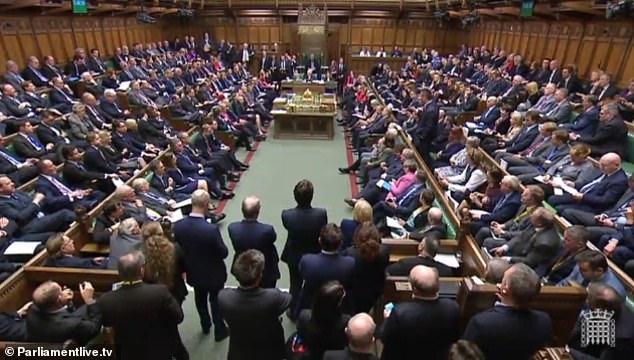 Whatever destination we finally reach, no-deal now seems almost impossible because MPs simply will not allow it in a free vote

But others may not. They will now calculate that the only certain way to secure our departure – however imperfect the deal may be – is to vote for Mrs May and her EU deal.

The alternative could be no Brexit at all. Mrs May drove this point home when she stoically addressed MPs in an impressively calm and collected speech after her Commons defeat: ‘The choice before Parliament is clear; this deal, no deal, or no Brexit.’

I cannot forecast the future, and the dust has yet to settle on the events of what was one of Parliament’s most electrifying debates.

It may well be that the publication of the Attorney General’s full legal advice will reveal further flaws in Mrs May’s Brexit deal, and turn more MPs against it.

One thing is certain: we are collectively about to embark on the most important week in this country’s post-war history.