The Bloomsbury set clearly believed they were fabulous. They staged sketches about themselves to pass time by the fire, encouraged their children to write a daily newspaper for their own amusement and, I imagine, wrote their private thoughts with a deft eye to posterity.

The rich trove of their letters , diaries and confessional prose have formed the bedrock of a cultural legend that appeals to nosy minds. In some ways we probably know too much about them: as there are probably days in the life of Virginia Woolf that have been painted by one member of the group, diarised by another and then popped into a novel by Virginia herself. 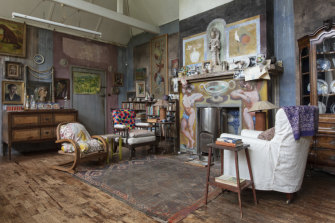 They also reinvented the wheel when it came to open marriage. Or perhaps, more accurately, they wrote the book. Vanessa loved Grant who loved Bunny who then went on to marry their daughter Angelica … So entangled were their long-standing affairs that there is a relationship "map" available for the curious offered by the guides at their most famous residence. Heady stuff, but I think the best book the Bloomsbury ever wrote has rooms instead of pages, and it's a house that looks like grown- up children took a paint brush and pushed it happily across ceramics, textiles, book jackets and bed posts to make art out of life. I'm talking, of course, about Charleston.

Woolf and her artist sister, Vanessa Bell, were pacifists who sought refuge at Asheham in the Sussex countryside in 1912 on the eve of the First World War.  Bell, her friend and lover artist Duncan Grant, her children and his lovers decamped to Charleston, a damp, freezing, rented farmhouse in 1916 and proceeded to paint, fresco and distemper almost every surface with their own version of Fauvism, which was raw, pale and mutable. Here was a alternative reality to everything they disliked, from Victorian bad taste to industrial materialism. The world, reinvented in their own palette. As Woolf so tartly observed: "Really I don't like human nature unless all candied over with art". Woolf and her husband Leonard  moved to nearby Monk's House in 1919. 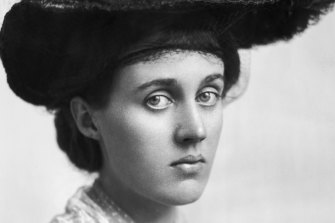 Begun in 1917 and finally vacated in 1978, Charleston is the last completely intact Bloomsbury interior. And it's a rolling record of famous guests and an incredibly consistent visual mission statement: No technology! No obvious luxuries! Not too much symmetry! Nothing machine made. Bits and beautiful bobs. Nothing shiny. God no! And dust, enough dust to give a Sydney stylist a nervous breakdown.

It's hard to believe, but at one very brief point in history many people wanted to live a bit like this, in a hand-painted world. Bell and Grant were prolific mural artists much in demand until the late 1930s before falling desperately out of fashion in the tensely tidy 1950s. Their austere poetic vision, like their humanist politics, suffered cycles of revival and contempt. Their design enterprise, the Omega Workshops, established in 1913, fitted the Bloomsbury ethos of creators exploiting and publishing their own work. 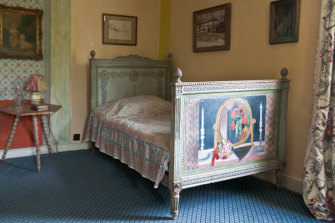 These days the fever for the Bloomsbury seems to rise to a pitch and then subdue and then, with each new film or miniseries, start hissing like a kettle again. When the BBC series Life in Squares came out in 2015, several scenes were actually shot in Charleston. It looked more Brideshead than Bohemian. It's as if pop culture just can't stop cleaning them up for show. In December, a  new movie, Vita and Virginia directed by Chanya Button, takes the love affair between writers Virginia Woolf and Vita Sackville West and drenches it with yards of silk charmeuse. But why the need for soft filters?

When Vanessa saw the original Omega dining room table was wearing out in the early 1950s, she simply painted over it.

The thing about the Omega workshop furniture and the painted rooms of Bloomsbury is that through the passage of age, it all looks rather worn out with love, like a beautiful, tired face first thing in the morning. That's probably why the iconic Patti Smith can't stop returning to Charleston. Her photographs of Clive Bell's paint pots and Vanessa Bell's bed dressed in a Turkish textile bought in Broussa in 1911, possess haunting simplicity. Patti, as one journalist noted, has made Charleston feel like "The Chelsea Hotel in Wellies" and why not? This house is heavy with fame yet also modest and odd.

Who do you know that would sell a Picasso and plonk their own version on the same spot on the wall? Vanessa Bell also made a copy of a large work by Fauvist Maurice de Vlaminck Poissy-le-Pont that had hung in the drawing room and signed it with a V. Hers not his. Cie la vie d'Boheme. The patina of the house owes much to the frugal ways in which it was maintained. When Vanessa saw the original Omega dining room table was wearing out in the early 1950s, she simply painted over it. 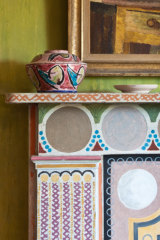 On the eve of Post-Impressionist Living: The Omega Workshops exhibition at Charleston (which opened earlier this month and  runs until January), I went for the full pilgrim package and booked into a proper art temple: The Charlotte Street Hotel in London's Fitzrovia. Sitting in front of the fire drinking champagne and looking at a (newly acquired) still life by Vanessa Bell felt like being let loose at the Tate. I began to develop Bloomsteria. The hotel's design director, author and art collector Kit Kemp, has garnered a serious collection of original Omega pieces, rare book covers and important paintings since its opening in 2000. Kemp is famous for her eye popping textile fusions but she could easily be a curator. Her immersion in the Bloomsbury showed me just how deeply this aesthetic flows into British design:

"Vanessa Bell," she explained "had a very distinctive colour palette that works so well with an English depth of light throughout the seasons. She was a serious artist with a sensitivity and humanity in her work that I most admire. Everything in her home at Charleston was joyfully painted and thought through to achieve a comfortable and welcoming environment. That freedom of expression is something that I find deeply inspiring. Virginia Woolf once described her sister Vanessa as "A Poet in Colour"; Woolf invited her reader to "See colour through thin black print."

Vanessa Bell had a very distinctive colour palette that works so well with the English depth of light throughout the seasons.

For Kemp, the idea of art bleeding into life clicked when she saw how Bell's family was interlocked with her interiors: "I saw the pencil drawing of Vanessa's son as a sleeping baby. The same son who was killed driving an ambulance during the Spanish Civil War. Their lives are distilled into every room of the house." 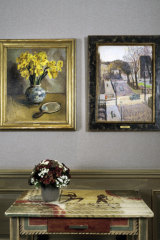 Paintings by Duncan Grant and Vanessa Bell and a table from Omega Workshops in London’s Charlotte Street Hotel.

At Charlotte Street, I slept in a romantic book-lined attic that looked out onto rooftops that felt very '20s. The next morning I was eating blackberries next to Sam Neill in the sumptuously muraled Oscar restaurant and I couldn't even rouse a sideways glance. No. Best to keep my nose in my theme reading, Woolf's 1931 novel The Waves. 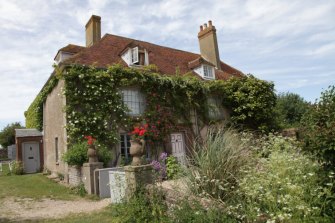 The house is modest and odd, with beauty in its simplicity.Credit:Chris Jackson/Getty Images

I caught the train to Sussex to help shed the intervening century. Nick Cave's wife, Susie Bick, has just moved her fashion house, The Vampire's Wife,  to the village but the fashion set won't inspire mass tourism. The rule at Charleston is still ten people at a time for hushed, guided viewings. This is Lewes, not Monet's Giverny. Thank Christ.

While we waited in the garden I wondered if I was going to see holy ghosts like Patti or start writing poems on the spot. Neither actually. Inside every room at Charleston is a guide, and inside each guide is a passionate knowledge of the house. They are lovely, but to "feel" the spirit of Charleston you need to steal some silence. 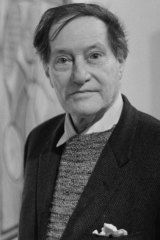 I took a few minutes to stare at a green bathroom and a white jug shaped like a bottom. One hundred years melted quickly. I leave it to art critics to argue the merits of the Bloomsbury painters in art history. Some of their pictures are strong, others are just decorative. But the house they created serves as a whole work of art and it's a masterpiece. Its beauty heals. In the cold English light the modest plaster cracks, scumbled paint, subdued colour and sloping doorways really do feel like being inside a Cubist painting or a loopy Matisse etching. In that spirit, people can look at this house as a timeline for famous works or they can absorb something much more confronting: simplicity.

I was staring at the fireplace in the garden room when it hit me. "Why," I declared to the gentle room guide, "have we allowed appliances to swallow up our houses? Why do we place flat screens instead of art in the dead heart of every room? A hush descended and then I blurted: "Who killed the freedom of the way we live?" "Indeed" the guide replied kindly, "Have you seen Berwick Church?" Thunderclap number two.

Berwick Church was the last art commission tackled by Bell and Grant in 1941 and on this job they enlisted the talents of their children, Angelica and Quentin, the next generation of young Bloomsbury painters. It was a curious commission for agnostic artists but executed with great love over many years. When we pushed the door open to the church there were no guides and the altar and stone window cornices were adorned with wildflowers. 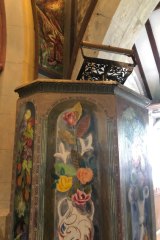 Naughty cherubs, sober virgins and tumbling vines festooned stone, plaster and wood. My mother lit a candle and put a twenty pound note in the renovation fund tin. My father, a painter, jumped in the pulpit to joyously preach. The empty, painted church was a blessing. The taxi was waiting on the gravel. In that moment it seemed possible to see the world as a canvas once more. A place of your own making. Imagine that.

Post-Impressionist Living: The Omega Workshops exhibition at Charleston, near Lewes, Sussex runs until January 19. Vita and Virginia opens on December 5.