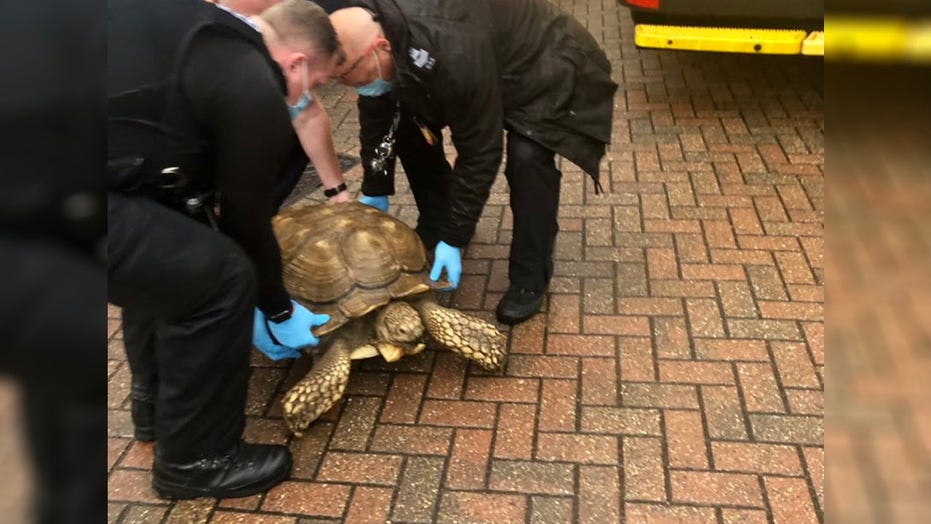 Anyone who owns a pet knows the stress of having one get loose. Animals like cats and dogs can run much faster than people, but even slower animals may disappear if you don’t keep your eye on them.

For example, a 126-pound tortoise reportedly got loose for a brief period of time in a town in England.

The 35-year-old pet got free from a yard in the town of Kesgrave, Southwest News Service reports. It’s unclear how the animal got out, however, considering that the yard it was in was reportedly surrounded by a three-foot-tall fence.

Fortunately, local authorities were able to locate and then catch up to the escaped turtle and bring him home. Although, according to a post from the department’s Twitter page, there were some issues bringing the turtle back home.

The Ipswich Police department wrote, “Thanks again to vigilant members of the public in locating this absconder. Nine stone (126-pounds) ‘Titan’ was safely returned home. He was too large for the van cell so [he] had to travel wagon side.”

This turtle isn’t the only pet to recently be reunited with its family.

Fox News previously reported that a dog from Idaho was reunited with its family after a frightening car accident.

Tilly, a 2-year-old border collie heeler, went missing on Sunday when a vehicle collision “ejected” the pooch from the rear seat of his family’s car on Idaho State Highway 41, a press release from the Idaho State Police stated.

However, Tilly was found two days after the accident at a farm that’s reportedly not far from where the collision occurred in Rathdrum Prairie.