Five-and-a-half years after releasing their groundbreaking debut album High Voltage, AC/DC was grappling with the sudden death of legendary frontman Bon Scott. The year was 1980 and a few months later the band's seventh album, Back in Black, was released to worldwide acclaim. Internally, the album was a tribute to Scott – their fallen brother-in-arms, a rock 'n' roll soldier if ever there was one. 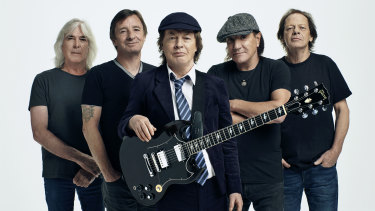 AC/DC’s new album Power Up is out now and there’s no mistaking its time-honoured sound.

Four decades later AC/DC has released their 17th studio album and again these famously tight-knit rock and rollers have delivered a heartfelt salute and almighty tribute – this time to founding member and rhythm guitarist Malcolm Young, who died in 2017.

Kick-started with scorching opening track Realize, this first new music since 2014's Rock or Bust album has all the hallmarks of classic AC/DC, a band that has defied death, hearing loss and the many rigours of life on the road, to not only endure, but continue thrilling their army of fans.

AC/DC is not just a band to its fans, it's a thoroughly reliable commitment to the power of guitars, of drums, of rock, and to never compromising. And Realize, like all 12 songs on Power Up, is credited to Angus and Malcolm Young. Some things, it seems, truly never change. 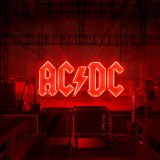 Produced by Brendan O’Brien (Rock Or Bust and 2008's Black Ice), Power Up welcomes vocalist Brain Johnson back into the fold after retiring from the final stages of their last tour with hearing problems. Johnson's ferocious howl hasn't waned and Rejection has him back close to his best at 73. The album's longest track at just over four minutes, it bristles with energy. Angus has tossed a bit of everything in the pot here, including a sizzling guitar solo and Phil Rudd hammering like Swiss clockwork into his drums.

Rudd, like Johnson, returns after a forced hiatus. The drummer served a period of home detention in New Zealand after the last album and missed the previous tour. Back on his drum throne, Rudd gives the rhythm section its hugely familiar swing (or roll, as The Rolling Stones' Keith Richards might call this part of their sound).

Shot in the Dark, the first single from the album, is an undeniable standout with Angus' nephew Stevie Young bringing his many years of experience to rhythm guitar duties. Angus and Stevie's twin guitar attack here would make Malcolm proud – and there's every chance Malcolm himself shared a few secrets with Angus about laying down the song.

"The one I always relied on was Mal," Angus Young told Zane Lowe this week during an interview for Apple Music. "If Malcolm went, 'Yeah.' That made it for me … I would always go, 'Mal?' If Mal said, 'Yay,' I knew it was good." Young has previously said these new songs all come from a box of ideas both he and Malcolm had worked on, or had been left out of previous recording sessions.

Through the Mists of Time is the biggest surprise, verging on a sentimental look back with Johnson howling See dark shadows, On the walls, See the pictures, Some hang, some fall but with a pummelling kick drum from Rudd and bass player Cliff Williams' rock-solid hands holding the line. Of course, Angus lets rip with 15 seconds of guitar shredding that remove any question of softening the band's near five-decade stance.

The bottom line is: don't come here looking for any radical variation from AC/DC's tried-and-true formula. Angus cares not for musical experimentation. In the tradition of albums like 1978's Powerage or 1990's The Razors Edge, this is hard, heavy and comes with a big dose of boogie to shake your cares away.

Witch's Spell, Demon Fire and No Man's Land would all make welcome additions to AC/DC's next tour, whenever that may be, while album closer Code Red is a swaggering reminder this band ain't done yet. Not by a long shot.

AC/DC's new album Power Up will be released on Friday.