The 31-year-old updates her 4.5million followers on her official Instagram account on her Story of what she's up to daily. 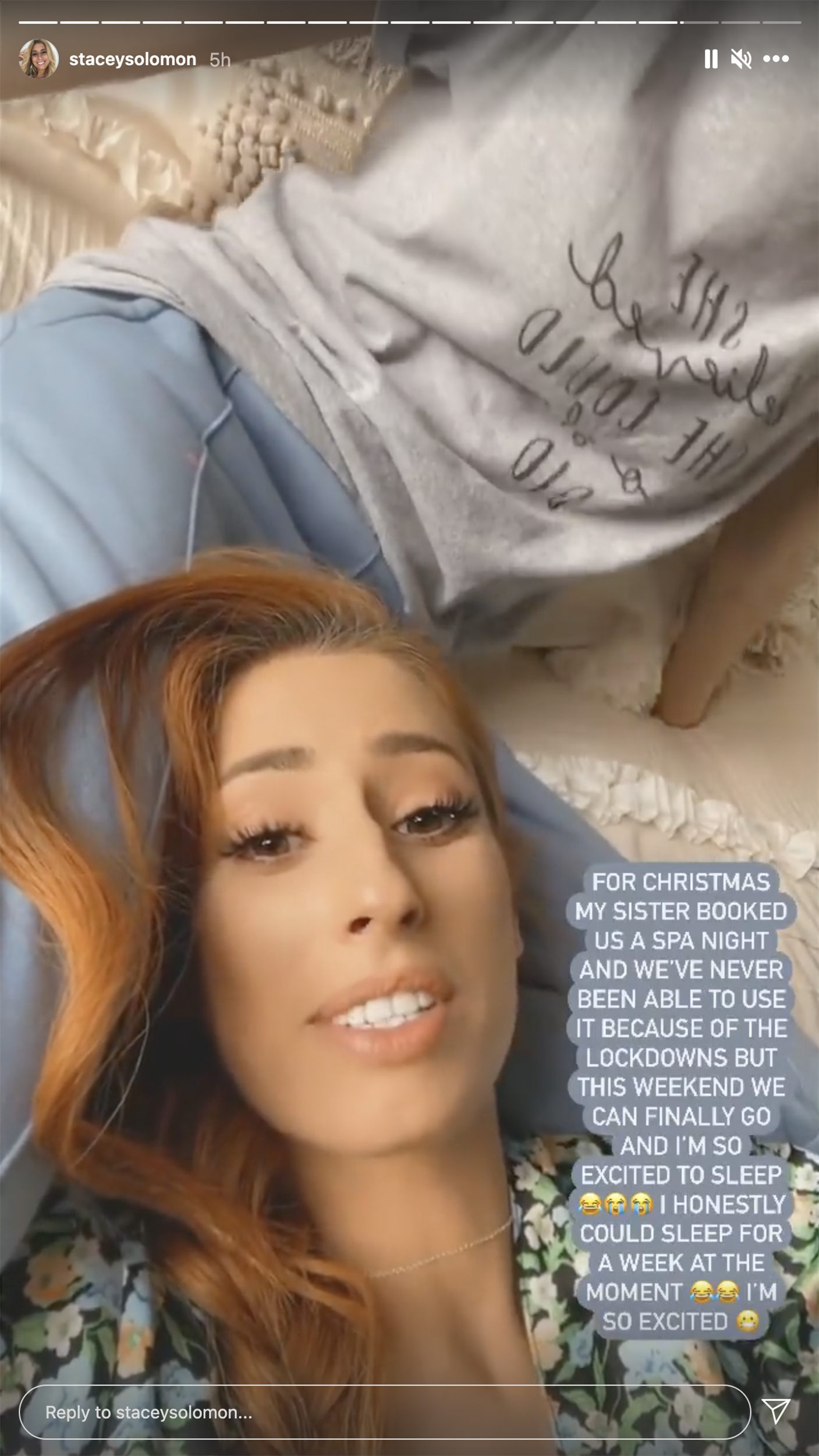 Today she revealed to her fans that she is finally going on a spa trip that her sister Jemma Solomon booked for them as a Christmas present.

Sharing a video of herself laying down with her children, Stacey filmed herself explaining where she and Gemma were going and also wrote the same message over the video.

She wrote: "For Christmas my sister booked us a spa night and we've never been able to use it because of lockdowns but this weekend we can finally go and I'm so excited to sleep," followed by a laughing face and two emojis crying.

The pregnant star continued: "I honestly could sleep for a week at the moment," followed by more laughing faces. 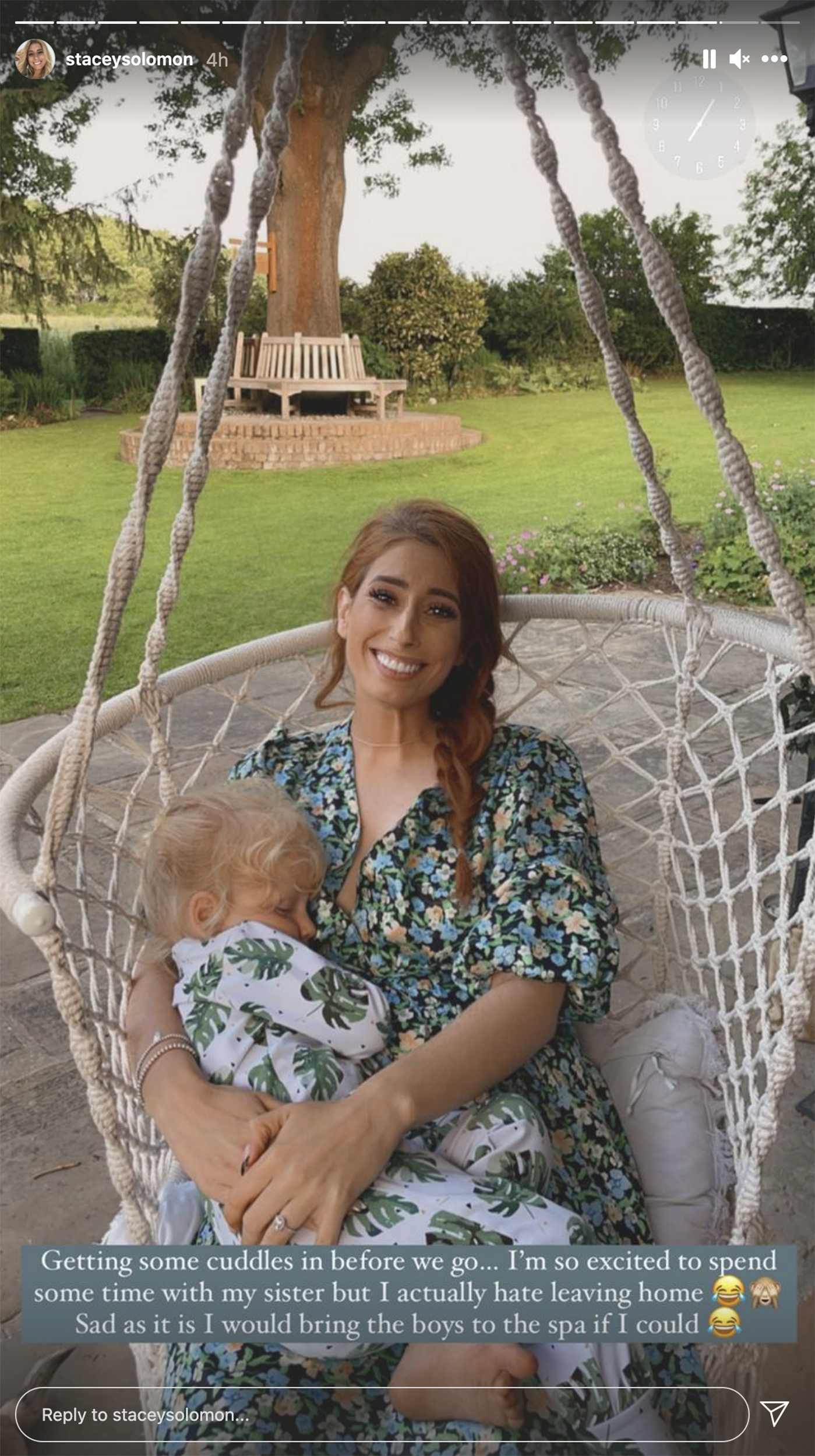 "I'm so excited," she concluded as she stopped filming herself.

In the next part of her Story, Stacey shared a sweet snap of herself cuddling her son Rex on their swinging outside chair.

Over the sweet pic, she wrote: "Getting some cuddles in before we go…

"I'm so excited to spend some time with my sister but I actually hate leaving home. 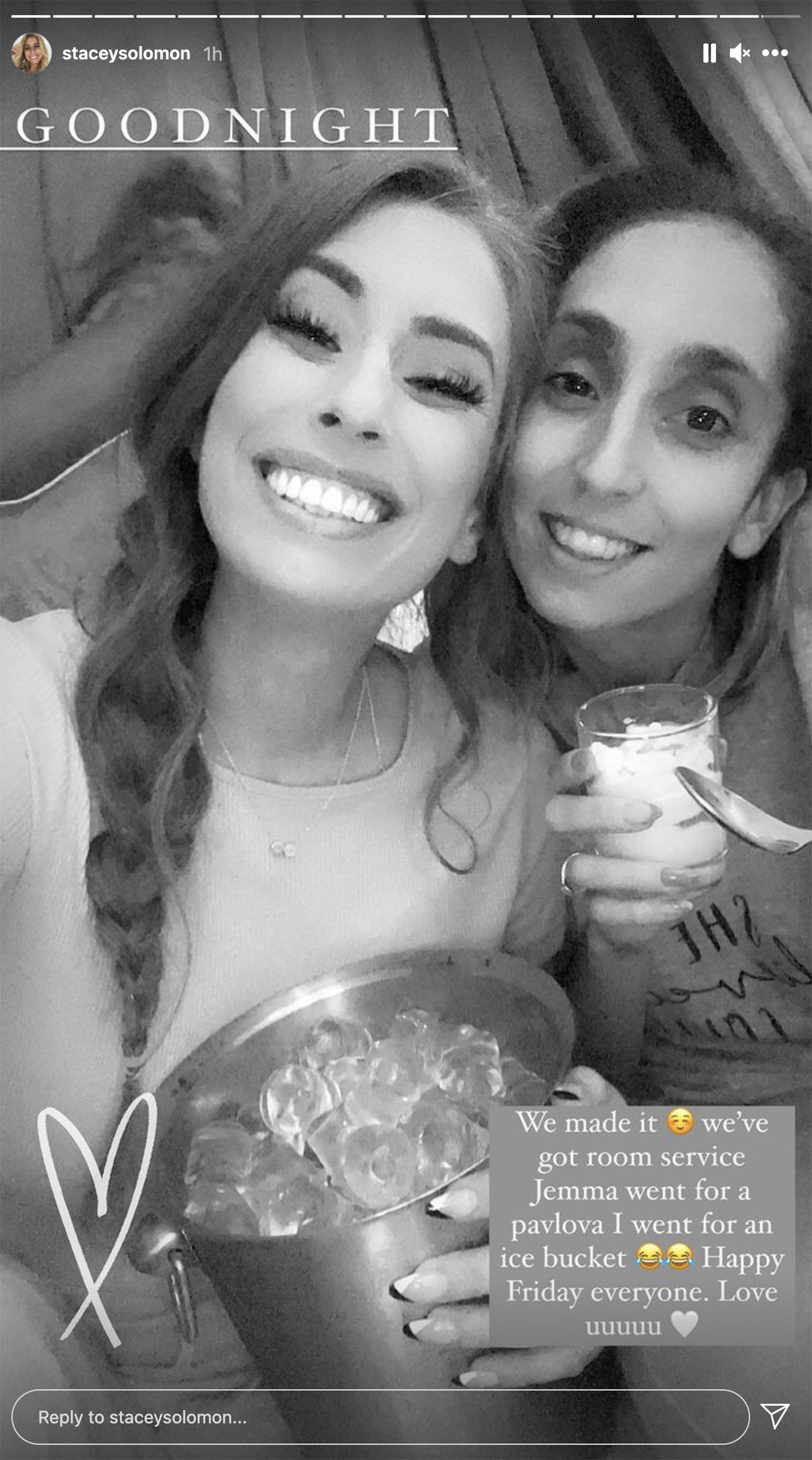 "Sad as it is I would bring the boys to the spa if I could," followed by a laughing emoji.

Stacey, who announced this week she is expecting her fourth child, then shared a black and white snap of her and Jemma as she wished her followers goodnight.

Confirming they had arrived at the spa, Stacey wrote: "We made it.

"We've got room service Jemma went for a pavlova I went for an ice bucket. Happy Friday everyone. Love uuuu," followed by a white love heart.

Jemma is a successful businesswoman in her own right runs a company called The Label Lady, which has secured an investment from business legend Alan Sugar, according to OK! magazine.

The company creates chic labels that people can apply to anywhere in their home to organise their life.