Mr Andrews himself is not expected to be called to give evidence when the Independent Broad-based Anti-corruption Commission resumes for six weeks of hearings, but Woodman lobbyist and lifetime ALP member Phil Staindl is likely to be the first witness. 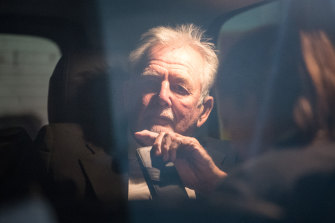 The anti-corruption commission hearings into planner and developer John Woodman will start again on Monday.Credit:Justin McManus

Mr Staindl, who ended his relationship with Mr Woodman last year and expressed shock at the corruption allegations, is renowned for his access to MPs and ministers, and he regularly organised political donations from his clients, who are often developers, to the ALP.

The Age can reveal that in late February 2019, while a proposed land rezoning in Cranbourne West championed by Mr Woodman was before the government, Mr Staindl and Mr Andrews were together at a small gathering run by the party's fundraising body, Progressive Business, at a restaurant in Hardware Lane in the CBD.

Current Victorian MP Pauline Richards is also expected to appear as a witness along with former Labor MPs Jude Perera and Judith Graley. IBAC heard that all three received donations from Woodman who named them as supporters of his rezoning push during the earlier hearings. 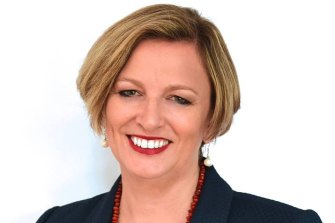 Ms Richards would be the first sitting MP to be called as a witness to a public hearing since the anti-corruption commission was established eight years ago. Last November Ms Richards denied making representations on behalf of Mr Woodman. She did not return phone calls from The Age this week.

Through seven weeks of earlier hearings between November and March, IBAC heard allegations of corruption including personal payments by Mr Woodman of more than $1.2 million to former mayors and Liberal party members Sam Aziz and Geoff Ablett.

Mr Aziz is set to appear as a witness in coming weeks after returning to Australia in August. He left the country last October after IBAC raided his properties.

The earlier public examinations also heard how Mr Woodman showered council and state parliamentary candidates from both sides of politics with donations and gifts including more than $150,000 in donations to Labor at the 2018 election. 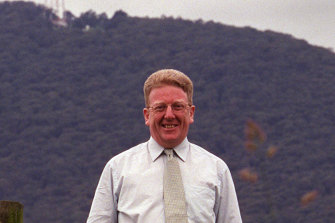 Central to the Casey investigation, known as Operation Sandon, is Mr Woodman’s push for rezoning of land in Cranbourne West from industrial to residential.

Had it been approved, the rezoning would have generated as much as $150 million for Mr Woodman’s clients – including construction giant Leighton (now known as CIMIC) – along with big success fees for Mr Woodman himself and Mr Staindl, among others.

Mr Woodman steered the rezoning as far as the desk of Planning Minister Richard Wynne who was on the cusp of approving a version of it in October 2018 when The Sunday Age revealed concerns about Mr Woodman’s influence at Casey and his donations to state Labor MPs including Ms Graley and Mr Perera.

Mr Wynne deferred his decision on the rezoning until after the state poll. Then, in February 2019, with the rezoning still undecided, Mr Staindl and Mr Andrews were together at a Labor event at a city restaurant known as Kirk’s.

Mr Staindl would not comment when The Age asked him about that gathering this week.

A spokesman for Mr Andrews said at the dinner in question the Premier had exchanged pleasantries with Mr Staindl, but did not discuss the rezoning at the heart of the IBAC hearing.

Mr Andrews has known both Mr Woodman and Mr Staindl for many years. Mr Woodman donated $2500 to Mr Andrews when he first ran for parliament in 2002 and had access to him as a "Platinum" member of Progressive Business, including meals at the up-market Flower Drum restaurant.

Mr Wynne finally refused the Cranbourne West rezoning in June this year following the first round of Casey public hearings.

In an exclusive interview in late 2019, Mr Staindl told The Age he had lobbied for Mr Woodman off and on for about 15 years. Until late last year he was on a $3000 monthly retainer to act as a conduit to the Andrews Labor government. Mr Staindl was still working for Mr Woodman when he was at the Labor gathering with Mr Andrews in February 2019.

When details of the alleged corruption of councillors were aired in November, Mr Staindl resigned as a lobbyist to Mr Woodman and his son Heath’s development company Wolfdene.

“I was shocked by the revelations,” he told The Age, saying he thought Mr Woodman limited his payments to councillors and politicians to donations.

Mr Perera retired from politics at the 2018 election and was replaced as the member for Cranbourne by Ms Richards. This week he confirmed that he had been called to appear as a witness over “dealings” he had with John Woodman.

While Operation Sandon is focused on Casey, IBAC commissioner Robert Redlich, QC, has expressed concerns about the planning system statewide and the need for reform. IBAC will also hear from experts in governance and donations as it shapes recommendations to the Andrews government about possible law reform.