Victoria’s upper house has ordered the Andrews government to release a long-suppressed report into bullying and sexual discrimination in Victoria’s fire services, five years after it was commissioned.

The Victorian Equal Opportunity and Human Rights Commission report has never been released after the United Firefighters Union fought to keep it secret. The Court of Appeal found in 2018 that the commission did not have the legal right to review the Metropolitan Fire Brigade and Country Fire Authority. 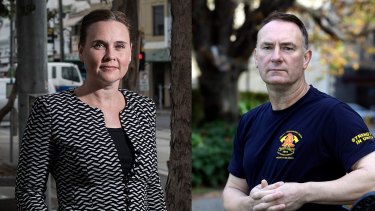 The probe was commissioned in 2015 by then emergency services minister Jane Garrett – who now backs the report’s release – in response to an internal review that revealed 50 per cent of respondents said they had been bullied, and one-third harassed.

The review took place amid years of heated political debate about the workplace culture within the state’s fire services.

The opposition criticised Premier Daniel Andrews for being too close to union boss Peter Marshall, who was himself accused of toxic and bullying behaviour toward Ms Garrett, and the commissioner’s report itself became embroiled in that political firestorm.

Some of the report’s leaked contents were published in The Age in 2018. They detailed “everyday sexism” and a “hyper-masculine culture” in the brigade.

Victoria’s Legislative Council on Wednesday passed a Coalition motion ordering the government to produce the document.

The government now has two weeks to do so, and the government’s upper house leader Jaclyn Symes, who faced awkward questioning in Parliament this week, could be suspended if the government fails to act.

The most recent example of an MP being suspended was when former upper house leader and influential confidante to the Premier, Gavin Jennings, was suspended for months. 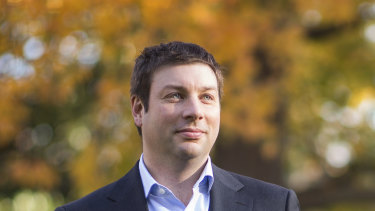 “The report was funded by taxpayers, and as taxpayers we have every right to read its recommendations to improve behaviour in our fire services,” Mr Smith said.

“Victorians deserve an open and transparent government – one that values accountability over cover-ups.”

University of Adelaide professor Greg Taylor, who has written a book on the Victorian constitution, said the powers of Parliament were entirely separate from the powers of the judiciary. Mr Taylor said it therefore did not matter that the document was suppressed by a court.

“If there’s a document within Victoria then the Victorian Parliament can demand its production and the government can table it,” he said.

Mr Taylor said a government could argue that a document should not be tabled if it was cabinet-in-confidence or if it breached a person’s privacy – neither of which applies to the commission’s report.

In March, The Age reported that a CFA employee was the victim of serious sexual assaults twice between 2003 and 2013 but received little support from the organisation.

Ms Garrett, who quit the cabinet as a result of the CFA episode, said on Wednesday that it was in the public interest for the report to see the light of day.

“I’d just like to make sure that women feel protected in the workplace so this is all part of that,” she told ABC Radio.

“Lots of workplaces have gone through this … We’ve seen it in police, in [the ambulance service], in the military. This is a very well-worn path.”

The Victorian government this week defied a parliamentary request to release all the documents and health advice it relied on to impose a curfew during the second wave of the coronavirus pandemic.

Premier Daniel Andrews banned Melburnians from leaving their homes between 9pm and 5am in August as the state desperately tried to bring the outbreaks under control.

The Coalition’s leader in the upper house, David Davis, in September moved a motion in Parliament requiring the government to release the advice behind the decision to impose the curfew.

Ms Symes tabled five documents, but none revealed why the curfew – which was lifted in late September – had been necessary.

“The government has conducted a thorough and diligent search to identify the documents that may be relevant to the [Legislative] Council’s resolution,” Ms Symes wrote in her attached letter.

“It identified 11 documents that fall within the scope of the Council’s order. The government, on behalf of the Crown, makes a claim of executive privilege in relation to six of the documents in full, on the basis that their disclosure would be contrary to the public interest.”

Under parliamentary rules, the government is required to provide a copy of the documents, which it claims are covered by executive privilege, to the MP who moved the motion.