Shoppers have praised PrettyLittleThing for selecting photographs of women wearing hijabs to model its products for the first time.

The range features everything from everyday dresses, to swimwear and gym gear, as well as prom dresses, although hijabs are not included.

Sharing the news on Twitter, Billy who boasts over 115,000 followers on Instagram, revealed their appearance on the fast fashion website is the first time that a woman wearing a hijab has posed for the brand.

Alongside screenshots from the brand, she wrote: ‘Soooo… that’s me. THE FIRST HIJABI ON PLT!!! Still so wild to me’ 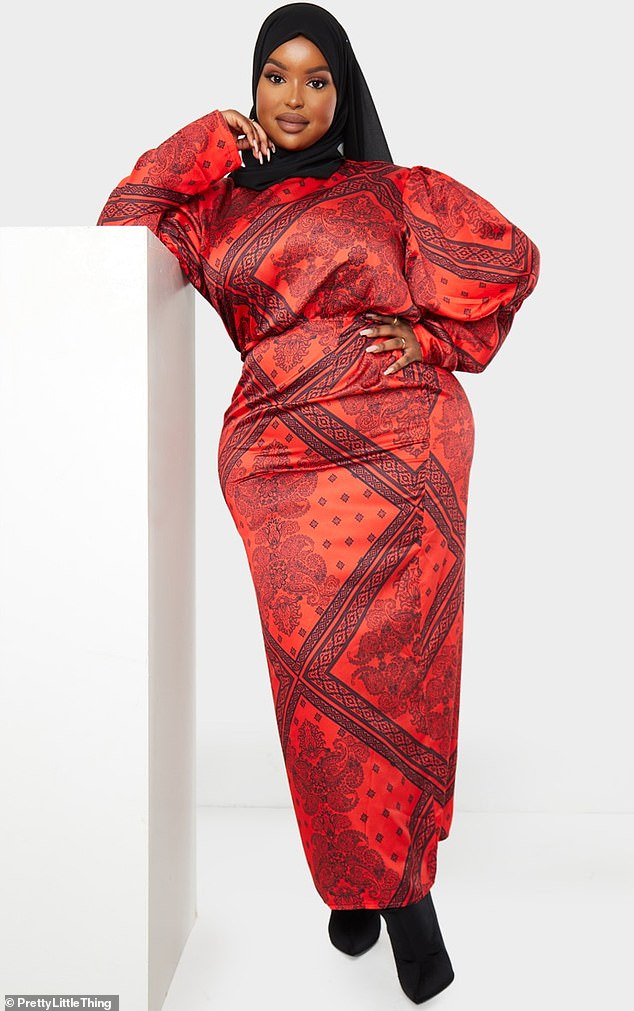 Billy Marsal (pictured) who boasts over 115,000 followers on Instagram, took to social media to celebrate being one of the first woman wearing a hijab to model for PrettyLittleThing 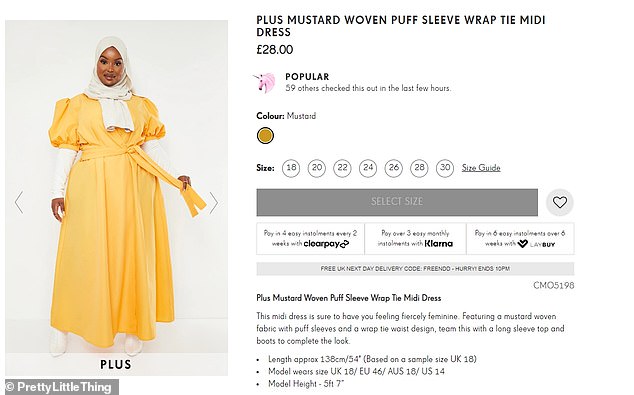 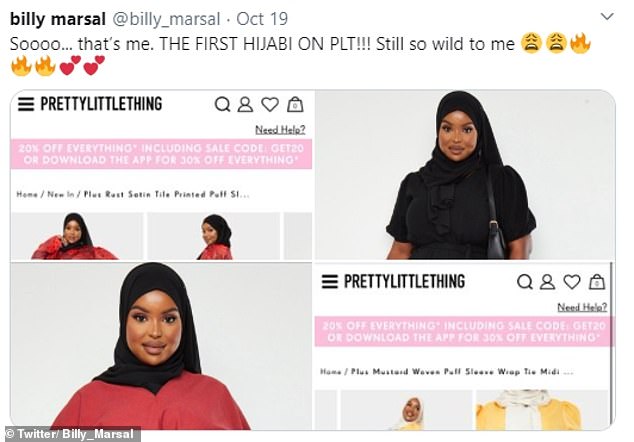 Billy’s post on Twitter racked up over 59,000 re-tweets and a flood of comments from people gushing about the brand’s decision to diversify

Billy’s post received a flood of praise from those showing support and impressed with PrettyLittleThing diversifying the types of models they work with.

One person wrote: ‘The fact that you are the first one to model with a hijab and that you actually are a plus size model makes me soooo happy. Be proud of yourself girl because we are’

‘Being a Muslim woman in a space that they aren’t seen in is so enriching and motivating for me to see, because it’s such a fight! You’ll get hate from both sides but the support means so much more. Congratulations,’ another said.

A third added: ‘It’s nice to see an increase in diversity and representation among popular fashion brands.’ 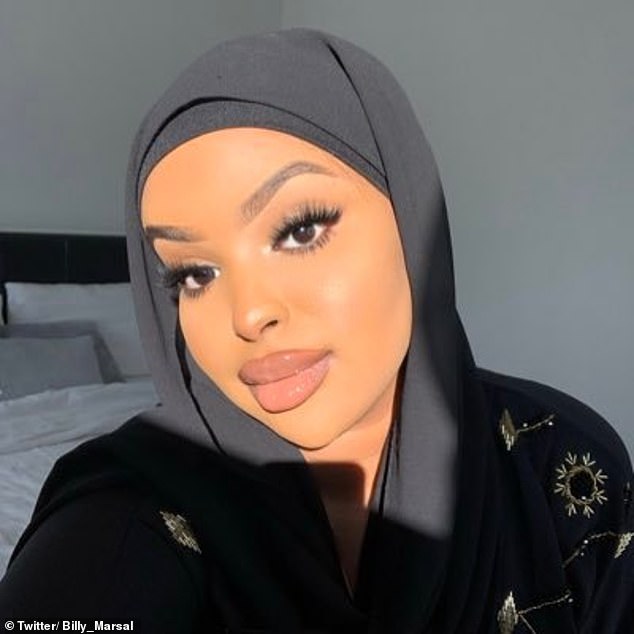 Billy (pictured) told her 11,000 Twitter followers that being selected by the British fast fashion brand is still ‘so wild’ to her 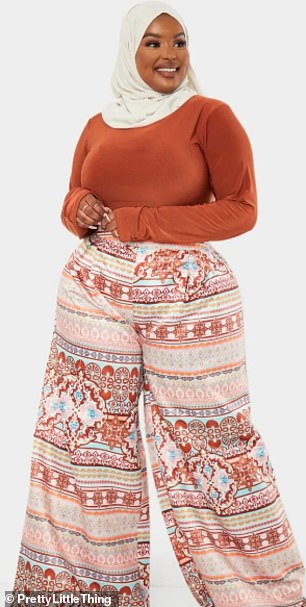 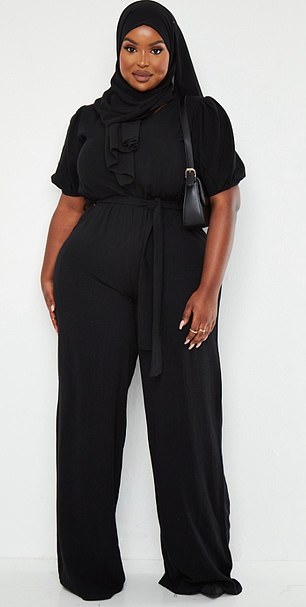 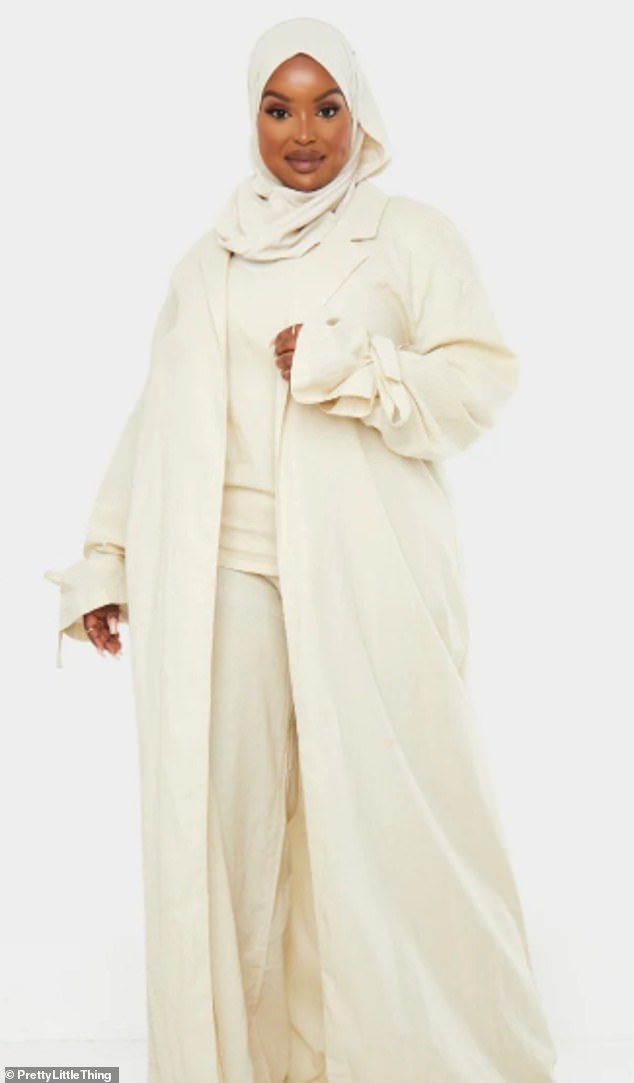 Billy (pictured) looks effortlessly chic in a third photo dressed completely in cream, as she models PLT’s plus duster coat currently on sale for £35

Gushing about Billy’s appearance, another wrote: ‘Congratulations. I love this we need to add more diversity in the modelling world. We stan and you look stunning as usual’

PrettyLittleThing’s Modest Clothing Edit is a new section of the UK site, which follows a successful debut in the Middle East.

The brand spoke about their inspiration saying: ‘Following our successful launch into the Middle East we are delighted to be launching our ‘Modest clothing’ collection on site.

‘Our ethos of ‘EveryBODYinPLT is extremely important to us, so it’s been amazing seeing such positive customer feedback and working with models who represent all of our customer base.’ 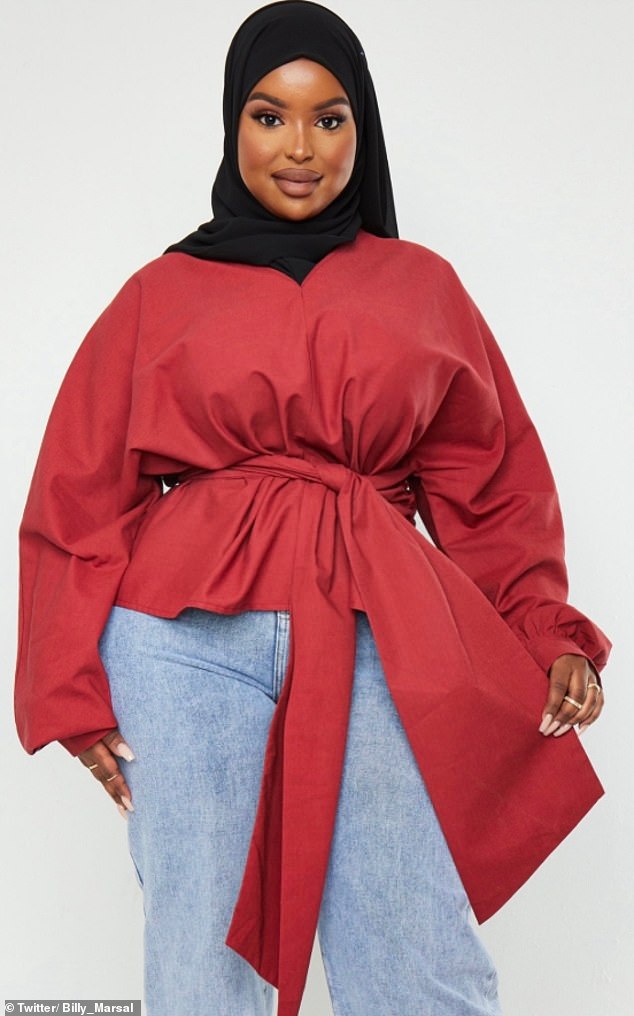