Price controls on gas are firming as the last, best option for the federal government to lower power bills after the treasurer cautioned against cash handouts for consumers that would fuel inflation and ruled out a windfall tax on gas companies reaping billions in extra profits.

Australia’s east coast exporters of liquefied natural gas have been benefiting from the global energy crunch sparked by a ban on Russia’s fossil fuel exports due to its invasion of Ukraine, which has driven up the price they receive for their gas. 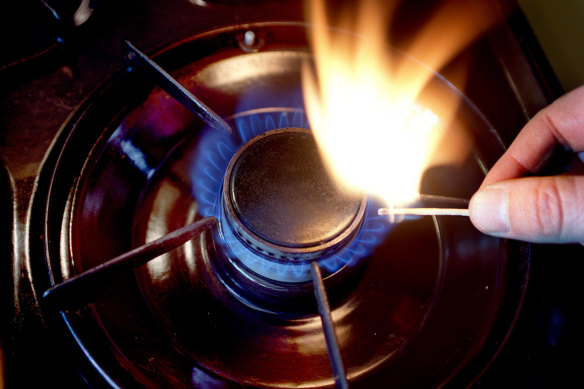 The soaring cost of gas is pushing power prices higher, making cost of living a burning issue for the federal government. Credit:John Woudstra

Retail electricity and gas prices have already risen steeply in the past year and Tuesday’s budget forecast a further surge, heaping pressure on the federal government over its pre-election pledge to cut energy bills.

Prime Minister Anthony Albanese said on Thursday “gas supply is not the problem”, contradicting the gas lobby, which argues boosting production is the best way to lower prices.

Industry Minister Ed Husic said gas companies “must be completely deaf to public concern about what’s going on because they believe that they should have profits, no matter what”.

“I’m telling them … that we are contemplating a range of interventions to ensure that we get much more reasonable pricing,” Husic said.

Resources Minister Madeleine King last month struck a heads of agreement with LNG exporters under which they promised to offer all available supply to Australian buyers before shipping it overseas. It included a clause saying gas that had not already been sold under long-term contracts would be offered domestically first on “competitive market terms”.

Grattan Institute energy director Tony Wood said on Thursday it was “untenable” for the federal government to allow the forecast price spikes to hit households and businesses.

Wood has been calling for a windfall profits tax since the middle of the year, arguing it could be leveraged by the government as a powerful threat to motivate exporters to offer cheaper gas to local buyers, including manufacturers that use it as a feedstock for processing and electricity generators.

“A windfall profit tax seemed to me an obvious way to do it,” he said. “But another way to do it is through the heads of agreement.”

The government should get the Australian Competition and Consumer Commission to set “competitive” terms at an affordable price for electricity generators and manufacturers, Wood said.

Gas is one of the fuels Australia burns to generate electricity and the cost of the fuel at any given time plays a major role in setting the price of energy bills.

The budget forecast a further 30 per cent increase in retail electricity prices and 20 per cent rise in retail gas prices next financial year.

Since 2019, several major manufacturers, including Qenos and Dow Chemical in Melbourne and Incitec Pivot in Brisbane, have blamed energy costs for their closure, while Australian Industry Group chief executive Innes Willox recently said businesses would have to pass these costs on to consumers or shut down.

Gas producers in Queensland supply all the fuel burned in the east coast energy grid. The Australia Institute estimates Queensland gas companies alone reaped between $8 billion and $12 billion in windfall profits last financial year. The think tank recently calculated that the Ukraine war-related windfall gain to all Australia’s LNG companies in that period, including Western Australia and the Northern Territory, was between $26 billion and $40 billion above their historical rate of earning.

Her organisation has forecast gas exporters will pay an extra $9 billion in tax this financial year, taking the total to $13.8 billion.

Meanwhile, renewables investors are warning that government intervention on electricity prices, as opposed to gas prices, would stifle investment the government is counting on to upgrade the electricity grid to cope with more renewables.

Simon Corbell of the Clean Energy Investor Group, which represents 19 companies including Neoen, Macquarie and Tilt Renewables, said “there is a functioning active market [and] if there is intervention in that market or an artificial capping or restricting of pricing, that really makes it very difficult for investors”.

“There is a clear role for government to play in the energy price crisis,” Clean Energy Council chief executive Kane Thornton said. “However, a fine line needs to be walked by government so that confidence in private investment isn’t undermined.”