Prince Albert of Monaco has tested positive for Covid-19 for the third time in just under three years – as his wife Princess Charlene celebrates her 45th birthday today.

The European royal, 64, is said to be asymptomatic but will remain in isolation under Monaco’s current health guidelines.

Last night, a palace spokesperson confirmed that, despite contracting the virus again, there is no concern for his health at present.

However, he has been forced to cancel his engagements at Sainte Dévote Day celebrations around Monaco later this week. 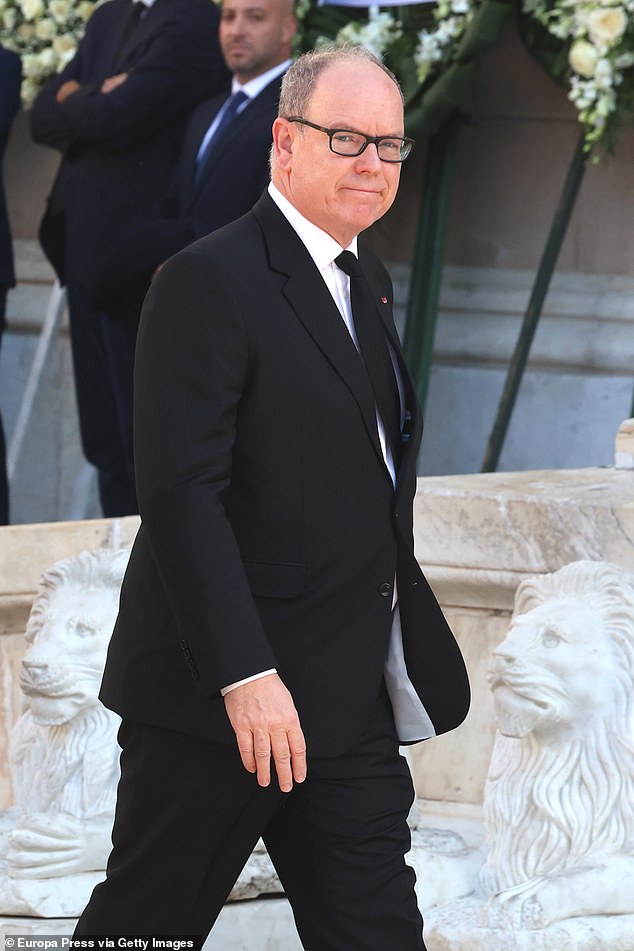 Prince Albert of Monaco (pictured in Athens earlier this month), 64, has tested positive for Covid-19 for a third time

The statement did not address whether Princess Charlene – who is turning 45 today – has contracted the virus.

On Sunday, the father-of-four took eight-year-old twins Princess Gabriella and Prince Jacques to enjoy a night at the circus – while his wife was noticeably absent.

Prince Albert became the first known head of state to be infected back in March 2020 and later contracted Covid again in April 2022.

Eight months later, the royal opened up about the ‘physical fatigue’ he felt during his long recovery from Covid. 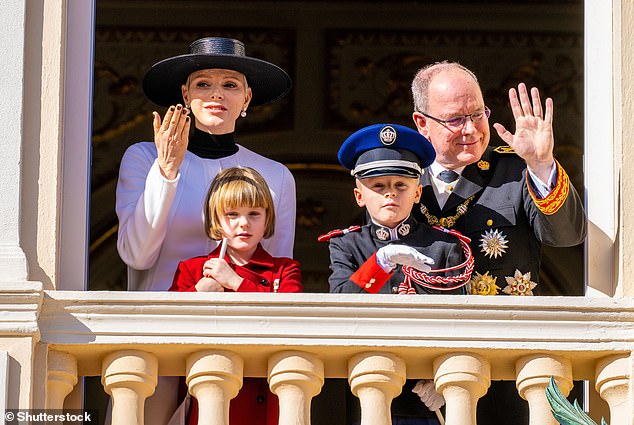 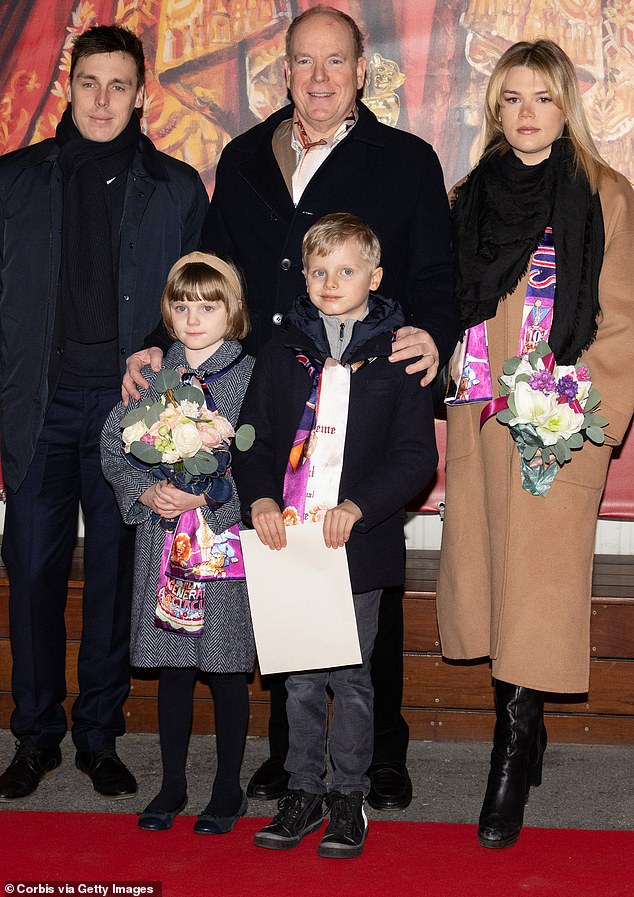 Prince Albert, 64, pictured with his eight-year-old twins Princess Gabriella and Prince Jacques as they arrived at the International Circus Festival on Sunday night with the royal’s niece Camille Gottlieb (right) and nephew Louis Ducruet (left)

He told PEOPLE magazine: ‘There were times during the day when it just hit, but not like the kind of drowsiness you feel after a heavy meal.

‘It was really just an experience of physical fatigue, like the kind that comes on when you’ve done too much or when you’re coming off an illness. This virus stays with you quite a while.

‘It was really just an experience of physical fatigue, like the kind that comes on when you’ve done too much or when you’re coming off an illness. This virus stays with you quite a while.’

Albert’s diagnosis came shortly after Charlene returned to the principality following a series of health issues, which the Palace referred to as a ‘state of profound general fatigue’.

The mother-of-two was reportedly admitted to a private Swiss clinic in late November, within days of her return to Monaco following a 10-month absence in her native South Africa. 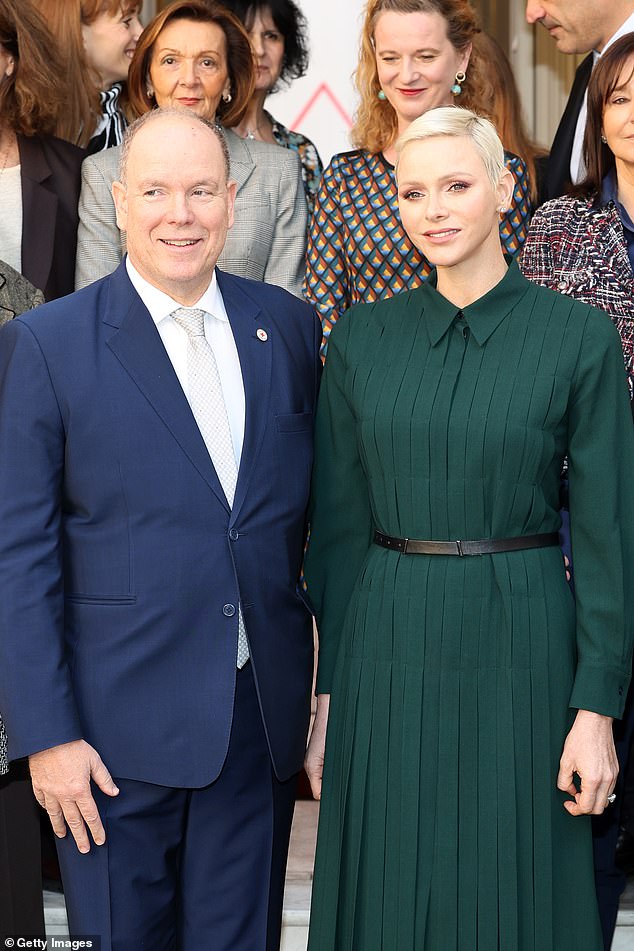 Last week, Prince Albert confirmed that he and his wife Princess Charlene will definitely be at the ceremony to watch King Charles’ coronation in May

Last month, Prince Albert praised his wife, Princess Charlene, for ‘turning it around in an incredible way’ after her long-running health battle.

Speaking in December, the 64-year-old royal told People he was ‘really proud of my wife,’ adding: ‘Charlene’s doing really well.’

He continued: ‘As you know, last year was a very tough year for her – and the beginning of this year.’

Albert added that after being admitted to a Swiss treatment facility for exhaustion and keeping out of the limelight, Charlene, 44, has been ‘active in any number of different events.’

He highlighted a number of events where the former Olympic swimmer had been visible at lately, including a recent outing to the Monaco branch of the Red Cross.

‘She’s really enjoying doing things together and with the kids, so this year is ending on a very, a very high note. We’re truly thrilled about how things are,’ Albert said.