Archie Harrison is barely three months old and already Prince Harry and Meghan Markle are receiving a ton of criticism over how he’s being raised. The British public is used to a certain degree of access to royal babies — as taxpayers, they’re essentially funding the royal family’s lifestyle, like when they paid millions for the Duke and Duchess of Sussex to remodel their lavish home at Frogmore Cottage.

We don’t have the equivalent in the United States, but on the other side of the pond, people have certain expectations for royals.

Today The Duke and Duchess of Sussex are delighted to share their first public moment as a family. They are so incredibly grateful for the warm wishes and support they’ve received from everyone around the world, since welcoming their son two days ago. Photo cred: Chris Allerton ©️SussexRoyal

That’s why there was such a fuss made when Meghan Marklewanted to keep Archie’s birth details secret. And when she and Prince Harrywaited to release photos of the newborn, when they had a private baptism, and afew times since that they haven’tbeen forthcoming with news of the nation’s favorite newborn.

What’s going to happen next for Archie Harrison? Apparently, it’s not exactly what the couple wants. 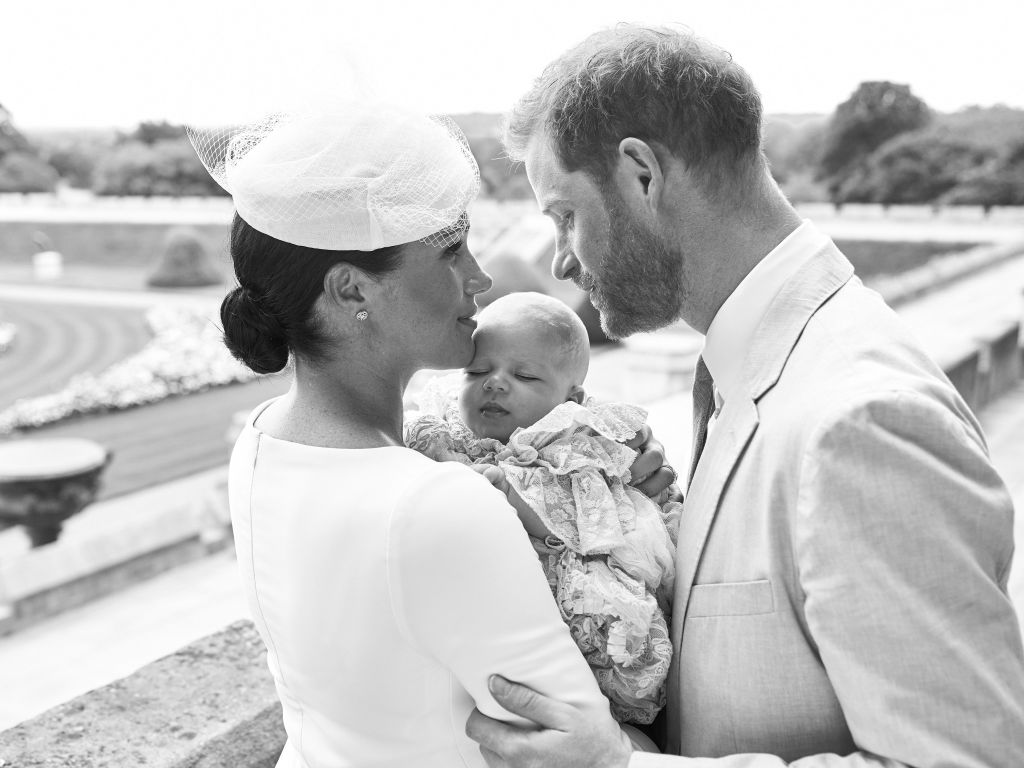 Part of the issue with how much to reveal of their preciouschild stems from Meghan Markle, who may be an actress accustomed to cameras butisn’t used to the insane scrutiny of royal life. However, for all those whowould blame Markle for changing Prince Harry for the worse, it’s important toremember that he’s always had a difficultrelationship with paparazzi. Especially since he blames them for killinghis mother.

Royal expert Richard Fitzwilliams recently wenton record saying that the Duke and Duchess of Sussex will have animpossible time giving their son Archie Harrison a normal upbringing. He saidit will always be a “problem” keeping him out of the spotlight.

“It’s a real goldfish bowl. Any member of the Royal Familyexpects global interest,” Fitzwilliams told Express. “…It is the world’s mosthigh profile Royal Family, the interest is nothing short of phenomenal, andalways will be.”

Today, The Duke of Sussex visited Oxford to highlight the positive work being done in the city for young children, disabled people and the community at large. The Duke started his day meeting young patients at the Oxford Children’s Hospital. In 2016 at the @WellChild Awards, The Duke promised awardee Mikayla Beames he would visit her at hospital. Today, HRH was able to fulfill that promise and spend time with Mikayla and other patients and their families, along with the some of the extraordinary staff and teachers in the Hospital School who are on hand to support the young patients as they continue their studies whilst in hospital. Afterwards, The Duke of Sussex, in celebration of its 30th year, re-opened the OXSRAD Disability Sports and Leisure Centre, a facility first opened by his mother, Diana Princess of Wales in 1989. His Royal Highness felt honoured to pay tribute to her work and meet some of the people his mother met 30 years ago. This centre supports people with disabilities through sport and physical exercise – an area The Duke is particularly passionate about. HRH has seen the transformative effect sports, teamwork and exercise can have on people, not just physically but also for their mental fitness. The Duke’s final stop was at Barton Neighbourhood Centre to see the work of Thrive Teams, an initiative that supports at risk youth with access to education and employment. The Barton Centre includes a cafe, doctor’s office, sports hall, local police centre and food bank. The team there save nearly one tonne of food per day from being wasted and whip up some incredible meals for those that can’t afford to sustain themselves. Serving as a hub for this close-knit community, where 1 in 4 grow up in child poverty, this centre truly is a lifeline for its roughly 5,000 residents, but also an example of what can be achieved when we all come together.

Archie can’t be a private citizen, at least not how they want

Royal fans can already tell that Prince Harry and Meghan Markle want to give their son a normal life to the extent that they can. But in order to do that, they’re angering and alienating their fans, who they also hope will support the charitable causes they’re advocating for. It seems like an impossible balance to strike.

Fitzwilliams explained: “This is the problem regarding Archie, so to speak, as a ‘private citizen’, obviously, he must be given the chance, as William and Harry had, and those were in the days of the paparazzi – as George, Charlotte, and Louis, the same sort of arrangements, that for some access, and we had wonderful photos at the polo, for example, you get privacy. That is absolutely essential.”

It’s only been a few months since the Duke and Duchess of Sussexhad their baby and understandably, their desire to protect him is strong. Butover time, they may loosen their grip on control and allow Archie to fulfillhis destiny in the royal family.

“Thereis no question I think in the future Archie will be wonderfully placed himselfto be someone who has a tremendous amount to give in the charitable field,”Fitzwilliams said. “Obviously we don’t know what he will be doing, and we don’tknow what their plans for him are. Also, there is a lot we still have to learn,as far as patronages are concerned and so far as trips abroad are concerned.”

If he’s anything like his parents, his chances of impacting theworld for the positive are quite good. It’ll be interesting to see how this allplays out over time.