When Prince Harry watches his stepmother Camilla, Duchess of Cornwall, take her place on the balcony at Buckingham Palace Thursday — following the Trooping the Colour ceremony — insiders say it will be a “difficult moment” for the renegade royal.

As non-working members of the family, Harry, 37, and his wife Meghan Markle, 40, have not made the cut to watch the famous Royal Air Force fly-past from the balcony.

The military event will mark the start of Queen Elizabeth’s Platinum Jubilee celebrations, which continue through Sunday.

But Harry — who landed in the UK on Wednesday with his wife and their two young children to celebrate his grandmother’s 70 years on the throne — will be watching from the sidelines.

Things are more fractious now that the queen has given her blessing for Camilla, 74, to be named “Queen Consort” when Prince Charles, 73, becomes King.

A highly-placed royal source said that while Harry’s older brother Prince William has grown used to Camilla, his father’s former mistress, Harry will never fully accept her. Nor will he forget that it was his late mother, Princess Diana, who was once meant to be queen — or Diana’s famous quote about Charles and Camilla’s affair: “There were three of us in this marriage, so it was a bit crowded.” 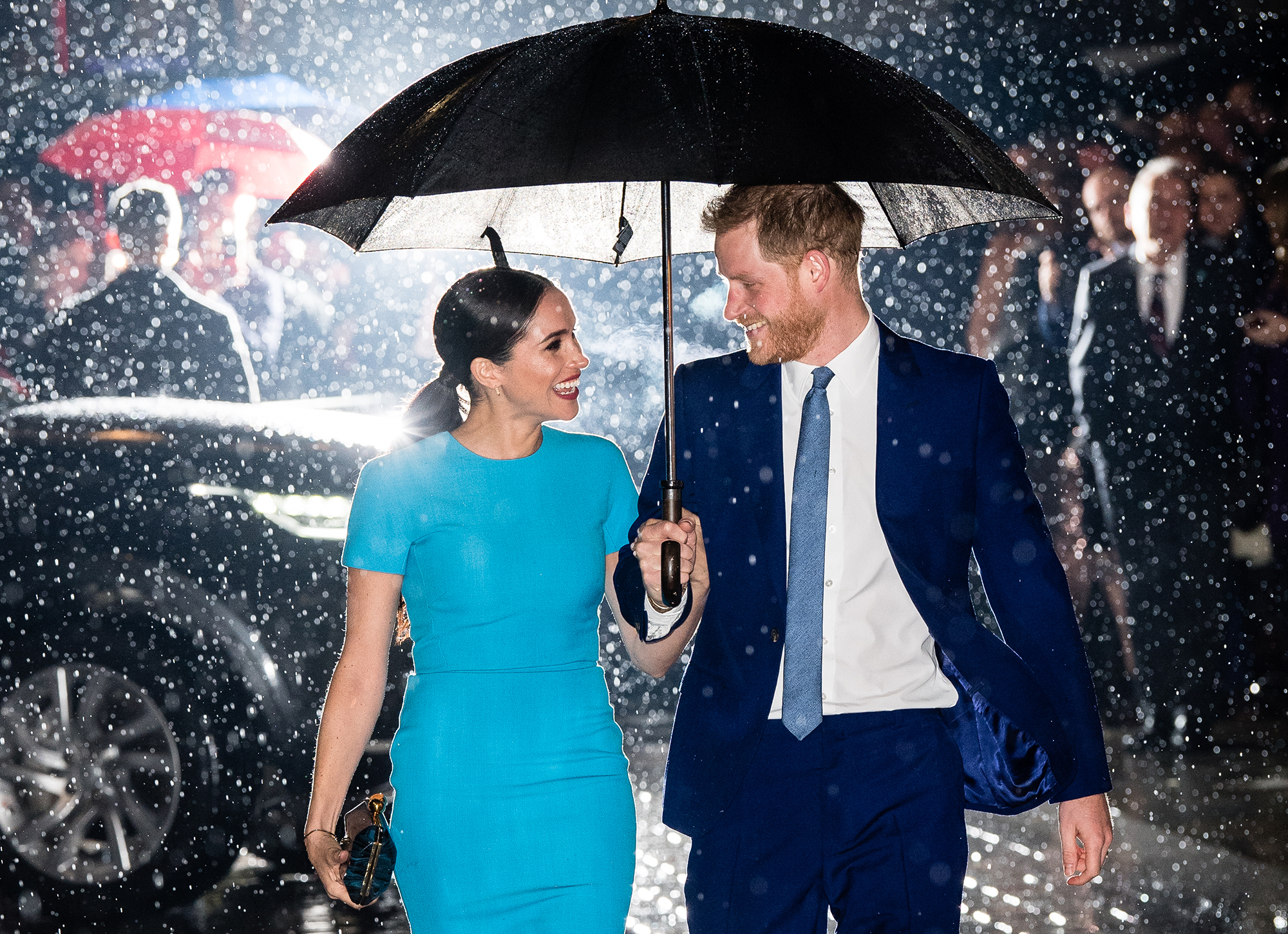 “Years of hard graft from Charles’ courtiers have gone into making Camilla palatable to the British public, and the world at large. And Camilla has worked tirelessly to ingratiate herself — she’s been by Charles’ side for 16 years of marriage,” said the source.

“But Harry will never truly love her, his mother was meant to be queen, and Camilla will always be the woman who led to his parents’ divorce. This will be the first time that Harry has not joined his family on the balcony at Buckingham Palace, and I’m sure it will be a difficult moment.”

When Charles and Camilla married in 2005, the couple said that she would not use Diana’s title, Princess of Wales. 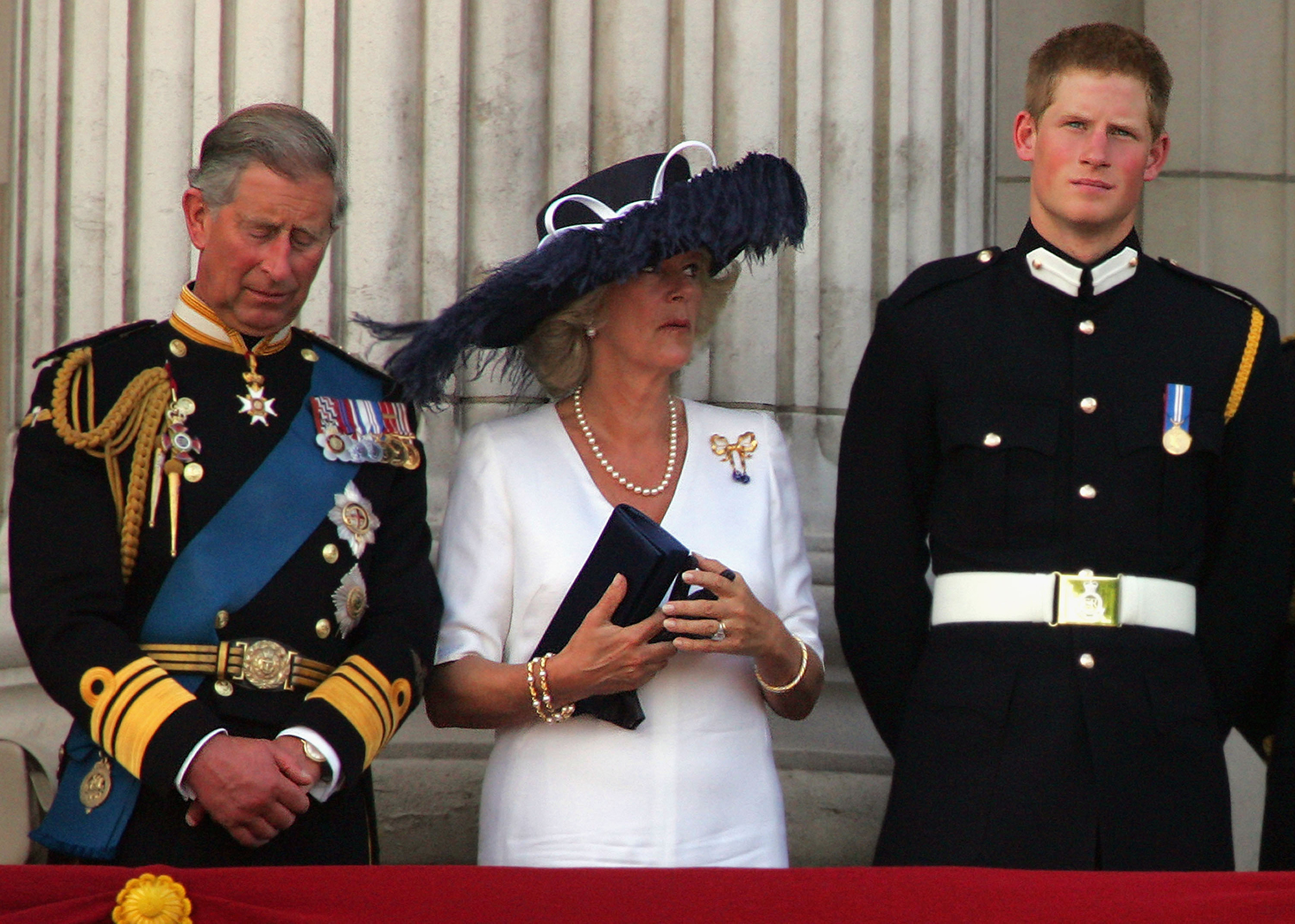 In February, however, the 96-year-old monarch announced that she wanted Camilla to be known as “queen consort” when Charles takes the throne.

“When, in the fullness of time, my son Charles becomes king, I know you will give him and his wife Camilla the same support that you have given me; and it is my sincere wish that, when that time comes, Camilla will be known as Queen Consort as she continues her own loyal service,” she said in a message marking her Platinum Jubilee.

There had been speculation that Camilla would be known as “princess consort” when Charles becomes king, but the monarch’s note made it clear she wants Camilla to eventually be addressed as queen. 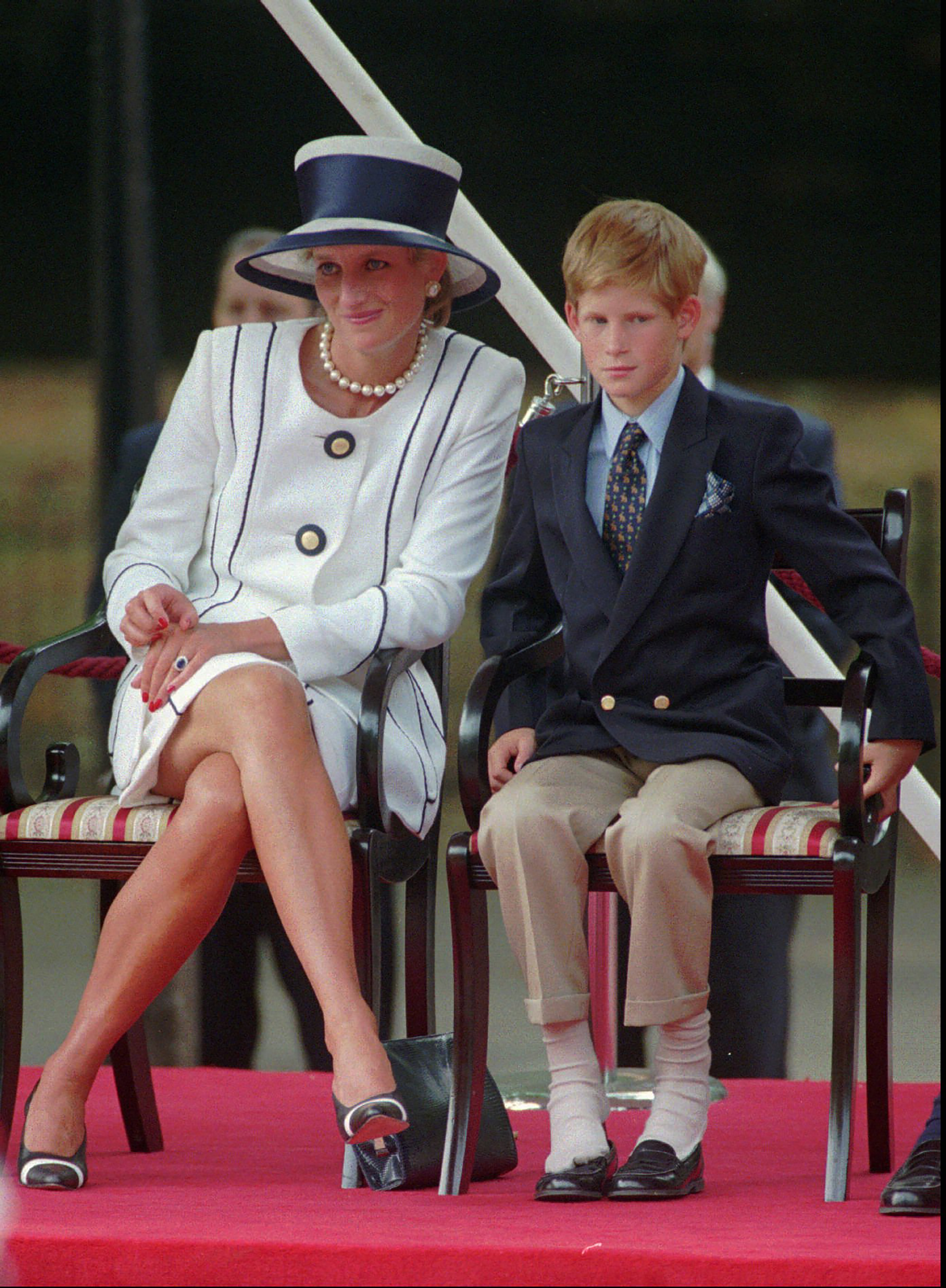 “If Charles and Diana had made a go of it we wouldn’t be talking like this,” said the royal source. “Because Charles and Camilla put their own needs and happiness first, we are in a continuing constitutional bind that means that William and Kate are really the Windsors’ last cards.”

Asked about Prince William and Harry’s thoughts on Camilla, former Vanity Fair editor Tina Brown recently told the Telegraph: “William has accepted Camilla in terms of what she means to his father. He’s been grown-up about it. ‘My father loves this woman, I can’t fight it, so I won’t.’ Harry, on the other hand, can’t stand Camilla, he doesn’t want Camilla to be queen, he’s very angry that it’s happening. He has not made his peace with it and he probably never will.”

In her new book, “The Palace Papers,” Brown quoted a courtier, who said of Harry: “When the younger boy was eventually prevailed upon to be in the presence of Mrs Parker Bowles, he unnerved her with long silences and smoldering, resentful stares.” 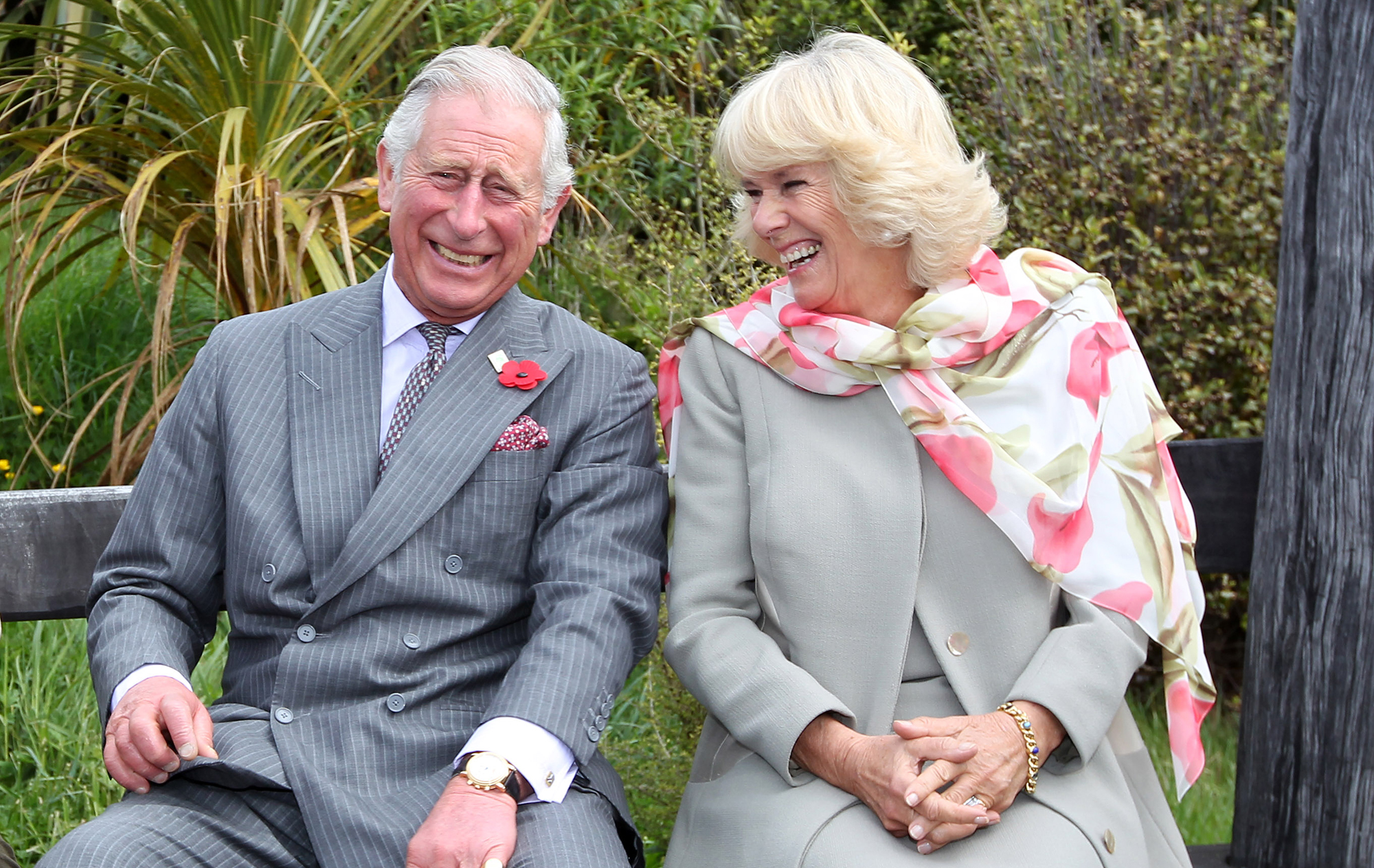 Of Camilla and Charles’s love story, Brown said: “Camilla is the horse whisperer for him. She understands his temperament perfectly. She’s got that incredible mistress’s EQ [emotional intelligence] about when to be tart in terms of pulling him up if he’s being pompous … There’s a little bit of tough love, but it’s always couched with warmth and humor. It’s very like how the Queen Mother was with George VI. She was able to manage him without him knowing he was being managed. And that’s true of Camilla; I think she steadies Charles in a way that is very healthy for him. He’s a much more relaxed man when he’s around her and she does make him laugh. She’s a funny woman. And she shares all his interests and friends which Diana never shared.”

Brown noted that the queen is trying not to dwell on the past.

“Diana would have loathed the idea of Queen Camilla, there’s no question about it,” Brown said. “But we’re 25 years on. The queen’s always been a pragmatist and she knows Charles wants Camilla to be queen. So what the queen wants to do now is tidy up and do what she can to help Charles take on the role. It was a very shrewd bit of estate planning to make that declaration.” 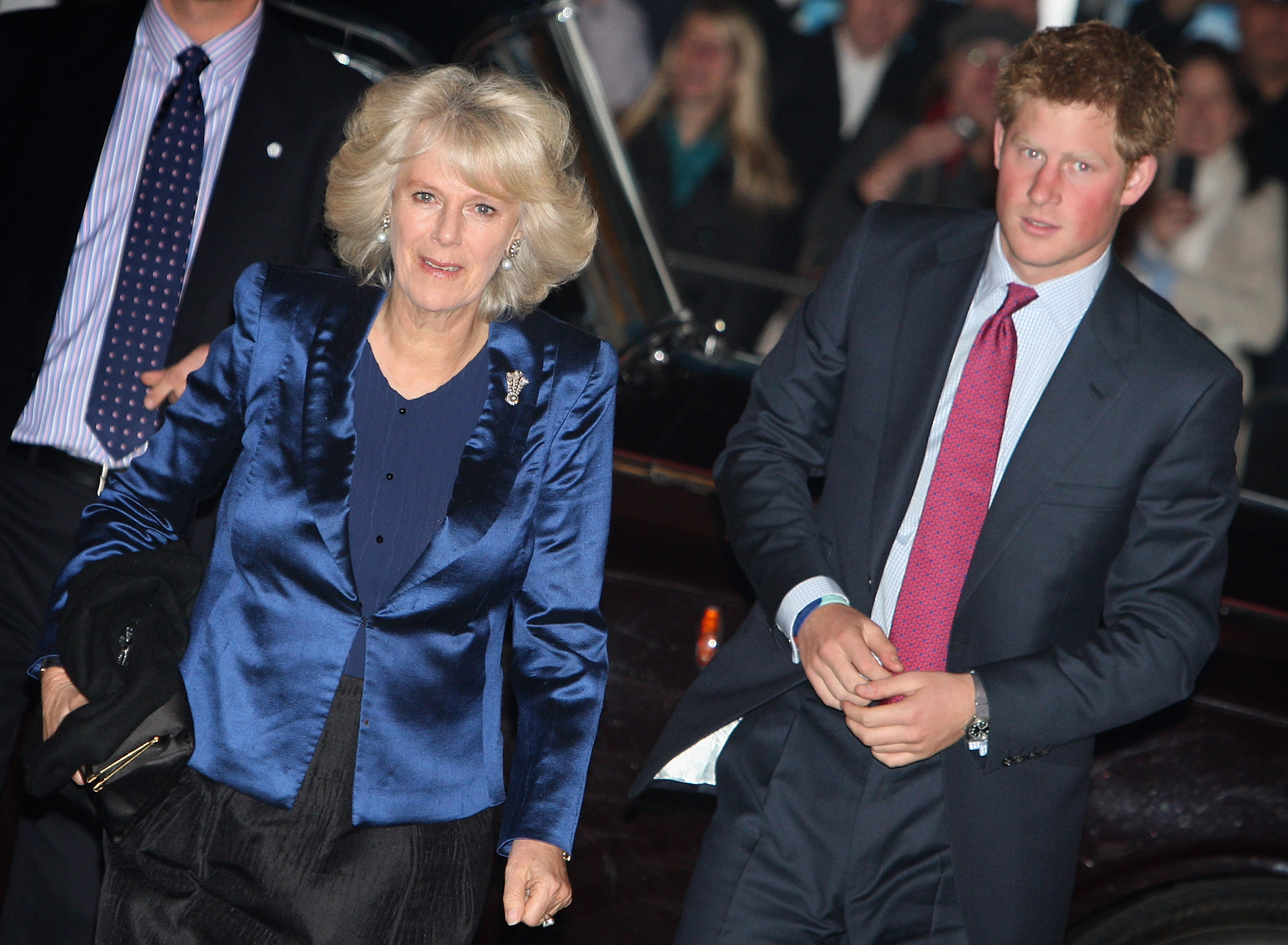 All the queen’s children — apart from disgraced Prince Andrew, who lost his HRH title and military honors after paying out millions to Jeffrey Epstein sex-assault victim Virginia Guiffre — will be at Buckingham Palace on Thursday.

Courtiers said the balcony lineup and the historic photo that comes with it would be limited to working members only. That means Charles and Camilla; William, Kate Middleton and their three children; Edward and Sophie, the Earl and Countess of Wessex; and Princess Anne and her husband, Vice Admiral Sir Tim Laurence.

The Duke and Duchess of Gloucester, the Duke of Kent and Princess Alexandra will also appear, alongside the Wessexes’ children, Lady Louise Windsor and James, Viscount Severn. 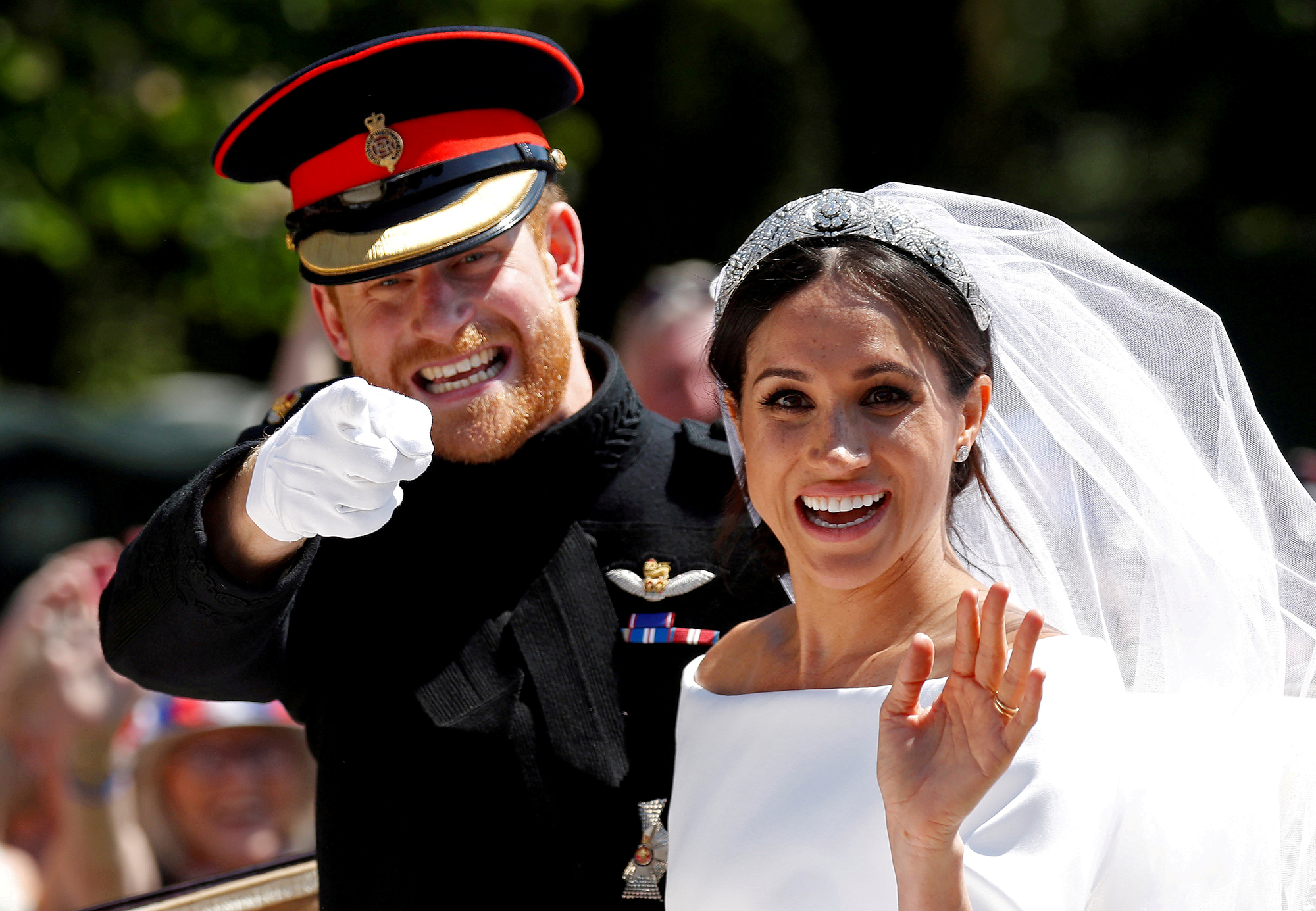 Palace staff hope that the queen, who is suffering from “episodic mobility problems,” will make it to the balcony. Royal author Hugo Vickers told Page Six that it seems likely that she will.

As Page Six has reported, Harry and Markle — who have said they are “excited and honored” to be joining the celebrations — will be at the Trooping The Colour in a private capacity, and will then join the rest of the family at a Service of Thanksgiving at St Paul’s Cathedral on Friday.